Trying to predict who will win Academy Awards is often a fool’s errand. I’ve tried it in the past, but last year I did something different: I covered the “who I want to see win” bit before the nominations were even announced. And that’s what I’m doing again. That way, when the Oscar nominations are read out early tomorrow morning, I can rest easy knowing that whether my favorites were nominated or not, I had said my piece.

Michael Bay would have had trouble topping the scenes of armageddon on display in the 40-minute documentary “Fire in Paradise” that is now streaming on Netflix. It’s tragic, but you can’t take your eyes from it. Then again, Paul Greengrass would have struggled to film a real-time account more harrowing than the 30-minute doc “In the Absence,” about a South Korean ferry that capsized and the horrendous response by government officials and emergency response teams. Both documentary shorts should be nominated. “Fire in Paradise” may have been a stronger film, but the impact of “In the Absence” should be felt more deeply because of its efforts to expose a serious government scandal. That’s the one I would like to see win.

Twitter loved Matthew Cherry’s “Hair Love,” about one dad’s lionhearted effort to help his young daughter style her hair. I did, too, but it has stiff competition in “Kitbull,” a Pixar short from storyboard artist Rosana Sullivan (who had previously worked on “The Good Dinosaur”). None of the other shortlisted animated shorts caught my eye quite like these two did (at least of the ones I have seen).

The faraway favorite in this category is South Korea’s “Parasite”–and it deserves to be. The only foreign-language film to crack my own Top 5 of 2019 (it also made it into my Top 50 of the 2010s list), “Parasite” is a brilliant masterclass in storytelling. But I would also love to see a nomination for “Honeyland,” a documentary about a woman in North Macedonia who keeps bees and sells the honey to help feed her ailing mother (it’s also about their neighbors, who try to take up beekeeping as well). The way this documentary is filmed often makes it look like a narrative film. It’s a beautiful character study that goes to show that documentary can sometimes be more compelling than fiction. For the reasons listed above, I would love to see a nomination here for “Honeyland.” I also greatly enjoyed “American Factory,” which examined what happened when a Chinese company tried to set up shop in Dayton, Ohio, and the American employees had to work under a very different style of leadership. “Knock Down the House,” which followed Alexandria Ocasio-Cortez and three other women running for Congress in 2018, was also a terrific film. But the best documentary eligible this year is “Apollo 11,” which used footage from 1969 (much of it only recently discovered, and never before seen) to tell the story of the Apollo 11 moon landing and return. It’s really a marvel to behold, a piece of remarkably captivating documentary filmmaking.

I greatly enjoyed “Frozen II,” and the more mature route they took in telling the stories of Anna and Elsa, but “Toy Story 4” was undoubtedly the best animated film (and one of the best films, period) that I saw in 2019. That franchise also took a bold leap forward, but it also didn’t let its young viewers down. It’s as fun as the franchise has ever been.

Here’s where “Frozen II” could and should shine. Golden Globe-winner “I’m Gonna Love Me Again,” from the Elton John biopic musical “Rocketman,” is catchy, I admit, but Idina Menzel absolutely blows the top off of “Into the Unknown.” She should be belting her way to another Oscar win next month (though, like with “Let It Go,” the actual award will go to the songwriters).

I don’t have strong feelings about Best Original Score like I did last year, when the composer who should’ve won wasn’t even nominated (you’re still number one in my heart, Justin Hurwitz). If we’re judging by how effective the score is in the context of the film, Thomas Newman’s “1917” score is the MVP. Such a big movie wouldn’t have worked without that epic orchestral score. But the scores for “Joker,” “Marriage Story,” and “Us” are plenty good, too. I’d like to see nominations for those four, and whoever else the Academy deems worthy.

When it comes to original storytelling, it may feel like there’s nothing left to say. “Everything is a remake or a sequel nowadays,” people complain. But look no further than 2019’s potential Oscar nominees. As I mentioned before, Bong Joon Ho’s “Parasite” screenplay is a marvelous piece of writing. There’s not a line wasted in the whole film. Same with Rian Johnson’s “Knives Out,” which told a timely, thrilling, and downright hilarious murder mystery story. I would give a nomination to newcomers Joe Talbot and Jimmie Fails for their “Last Black Man in San Francisco” script. That movie only could have been made in today’s gentrified San Fran, and yet it feels like something out of a bygone era of fables.

When it comes to adapted screenplays, nothing topped Oscar-winning writer Steve Zaillian’s (“Schindler’s List”) exhaustive and epic “The Irishman.” Zaillian and director Martin Scorsese tell a full, rich story about what happens to a mobster once everyone around him is dead or gone. Besides “The Irishman,” there was something so pleasantly simple about “The Two Popes.” A movie about two old men walking and talking could have been supremely boring, but Anthony McCarten’s adaptation of his own stage play works like a dream. I would also give a nomination to “Hustlers” and Lorene Scafaria for her adaptation of Jessica Pressler’s New York magazine article. There’s something raw and gritty about the dialogue in that entertaining twist on the Robin Hood story. Other than those, maybe “Jojo Rabbit“? That film employed a good mix of humor and heart, and though it didn’t dig as deep as some satires do, it made one heck of an entertaining movie in the process. And lastly, Greta Gerwig’s “Little Women,” which grew on me with a second viewing, deserves a nomination here.

The best supporting acting performance of the year belongs to Joe Pesci, pulled out of retirement for a plum role in “The Irishman.” He’s not as showy as his costar (and another potential nominee) Al Pacino, but his nuanced turn as crime boss Russell Bufalino was so freaking good. Next, I’d nominate Brad Pitt for his Golden Globe-winning role in “Once Upon a Time in Hollywood.” He gave his best performance in years. As much as I disliked “The Lighthouse,” I would also give a nomination to Willem Dafoe for his absolutely wild and committed performance. I was less enthralled with Tom Hanks’s take on Mr. Rogers than most critics. Fred Rogers was such a distinctive person, I don’t think that any actor could have convinced me they were playing him. 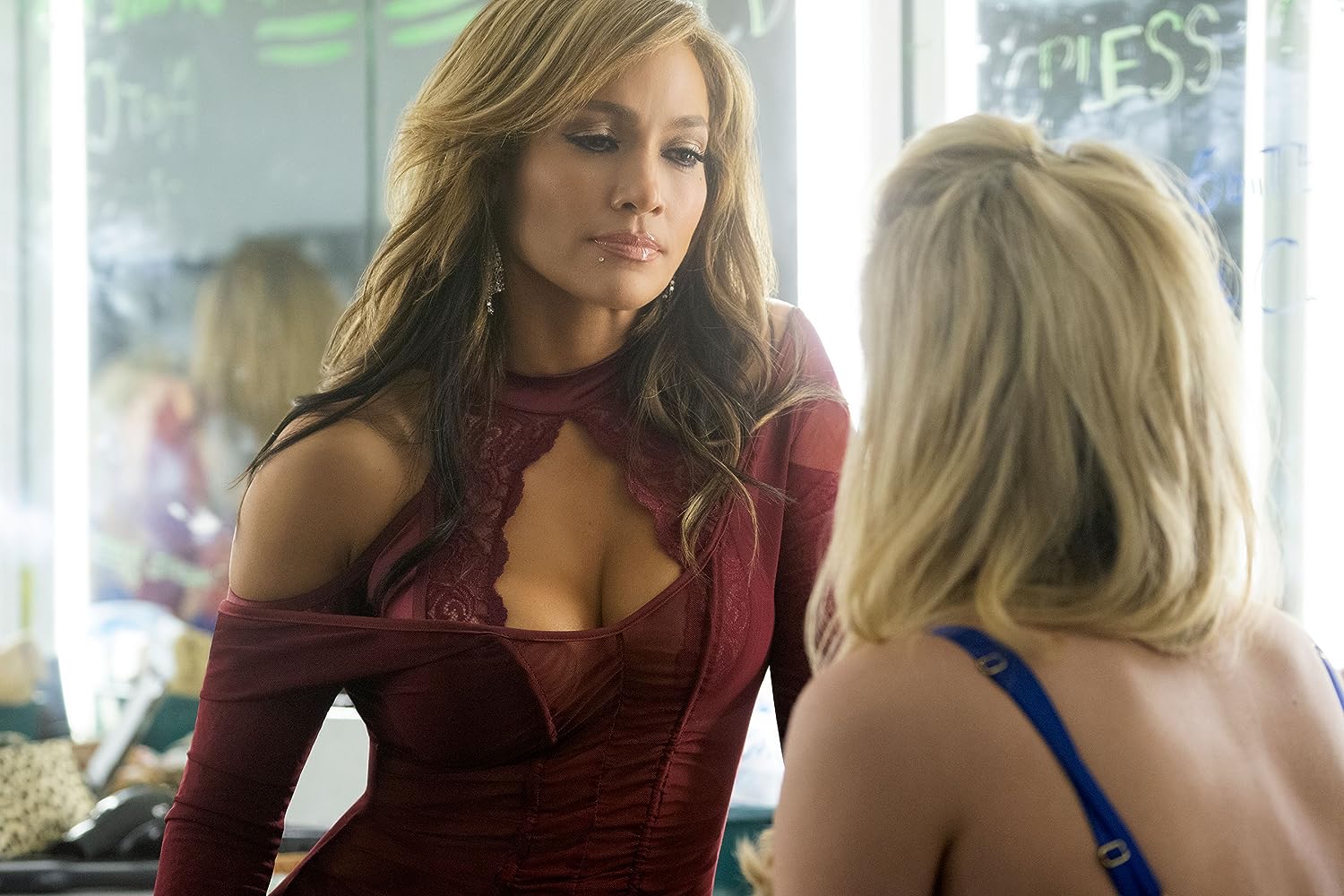 Jennifer Lopez in “Hustlers.” That is all.

If the Academy wasn’t so traditional, they would follow the lead of critics groups across the country and nominate Lupita Nyong’o for her double-role in the very disappointing (but still very scary) “Us.” She was the only great thing about that movie, but boy was she great. “Judy” star Renee Zellweger is an easy choice, but that doesn’t necessarily mean it’s the wrong one. She’s terrific. Otherwise, I would give a nomination to Charlize Theron for her disturbingly accurate depiction of Megyn Kelly. Sometimes the tone of her voice threw me off, but otherwise, it was spot-on.

In 2019, we all took for granted that two established acting legends didn’t achieve that status for nothing. First, Leonardo DiCaprio’s performance in “Once Upon a Time in Hollywood” convinced me that the pairing of DiCaprio and Tarantino might be the greatest one cinema ever saw. Even if all we have to judge by is this and his supporting role in “Django Unchained,” that would be enough for me. But then along came “The Irishman,” and Robert De Niro reminded me that, of course, the best director/actor pairing of all time is him and Scorsese. De Niro gives one of the year’s best performances as the star of a 3.5-hour movie that sees him playing ages 40-80 (or thereabouts). Beyond those two, I would consider Joaquin Phoenix’s deeply committed performance in “Joker” worthy of a nomination. Adam Driver does great work in “Marriage Story,” and Jonathan Pryce is a perfect Pope Francis in “The Two Popes.”

Martin Scorsese, who many feel comfortable calling the greatest living director, hasn’t won an Oscar in 13 years. It was, shockingly, his first Oscar win. In “The Irishman,” he closes the chapter on a long and storied career of gangster movies. It may not be his last gangster movie, but it is likely his last with Robert De Niro and Joe Pesci, and that counts for something. Given the Academy’s refusal to grant him a win for films like “Raging Bull” or “Goodfellas,” I feel it’s only right to give him one for his epic testament to the gangster movie. If not, maybe Sam Mendes (who won the Golden Globe) should win for bringing the visionary “1917” to life. Or Bong Joon Ho, for his perfectly precise “Parasite,” in which every action seems like it was carefully thought out ahead of time.  I’d also nominate Noah Baumbach, though I liked a couple of his other movies better than I liked “Marriage Story,” and Greta Gerwig, though I still prefer “Lady Bird” over “Little Women.” 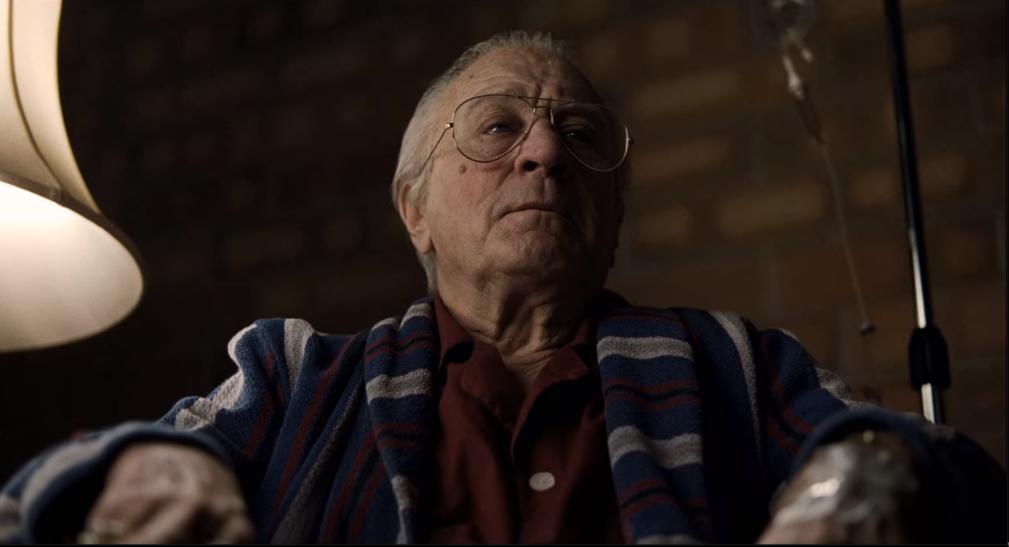 While I’d love to see “The Irishman” win for all the reasons I mentioned above, I’d be perfectly fine with seeing a win for “Parasite” or “1917.” I would also quite like seeing a “Knives Out” win, just to encourage more filmmakers to make award-quality fare that’s not afraid to be unapologetically crowd-pleasing. In an ideal world, this category would also find it in its heart to nominate “Toy Story 4” like it nominated “Toy Story 3” nine years ago. It would nominate “Queen & Slim,” “The Last Black Man in San Francisco,” “The Farewell,” or another movie with a mostly non-white cast (other than “Parasite,” which seems like a lock for a nomination at this point), too. And then yeah, sure, nominate “Marriage Story” and “Jojo Rabbit.” But use up all ten nomination slots, Academy. Why not spread the love?

That’s just my take, but we’ll all find out what’s going to happen soon enough. Tomorrow morning we’ll know the nominees, and then tune in on February 9th to watch the 2020 Academy Awards!