As we count down to 2020, film buffs around the world are dropping their lists of the past decade’s best movies.

One of the decade’s best movie scenes is Jackson Maine convincing Ally to sing “Shallow” on stage with him. The cinematographer’s decision to film the performance from the stage, instead of from the stands, was a small choice that made a world of difference.

Though, after much hubbub, it didn’t win Best Picture (and didn’t deserve to), director Damien Chazelle’s follow-up to “Whiplash” (which was also an incredible film from this decade) was a magical ode to old Hollywood.

“Knives Out” just goes to show, the classic whodunnit can be reinvigorated under the right writer/director. Kudos to Rian Johnson for making this comical mystery work as well as it does, with a killer ensemble.

Director J.A. Bayona’s best-known film is “Jurassic World: Fallen Kingdom” (which I quite enjoyed), but his best film is “The Impossible,” a harrowing drama based on the true story of a tourist family caught in a devastating typhoon.

This swashbuckling adventure from director Steven Spielberg was criminally overlooked in 2011, but it remains one of the most exciting animated movies I’ve ever seen. That reminds me—I really do need to watch this one again soon!

From the mind of Jordan Peele came one of the smartest movies of the decade, a thoroughly thought-out thriller with a comic sensibility.

Director Sam Mendes’s “1917” is the movie I hoped “Dunkirk” would’ve been—suspenseful, technically impressive, and well worth the cost of an IMAX ticket.

Did this first movie in the rebooted “Star Wars” trilogy crib some of the best parts of “A New Hope”? Sure, but I’ll allow it.

Writer/director Mike White’s dramedy starring Ben Stiller spoke to me as a son and as a grown man, and made me confront feelings I hadn’t worked through. Not to be dramatic, but it really was like therapy. I felt seen.

Director J.C. Chandor found critical success with 2011’s “Margin Call” and 2013’s “All is Lost,” but it was with “A Most Violent Year” that he reached his full potential. It’s the best gangster movie this decade from a guy not named Scorsese.

This slick thriller from South Korean director Bong Joon-Ho weaves a rich story and lets viewers into the family at its center. You empathize immediately with their plight and grow anxious as their situation leads them to criminal extremes.

“Before Midnight” might not be the best of director Richard Linklater’s “Before” movies, but also, it might be! Each time I see it, it moves me in new ways.

What else is there to say about this humdinger of a movie by director David Fincher and screenwriter Aaron Sorkin? I mean, did you just read those two names??

Director Denis Villeneuve’s first English-language film was this insanely intense thriller that grips you from the start and doesn’t let go…ever. My only minor qualm is that I wish they had chopped off literally one second from the ending, to leave it more open.

This franchise hasn’t had a misstep yet. The latest installment takes the gang on the road, and brings back Bo Peep in a BIG way. What a layered character she became.

Barry Jenkins followed up his Oscar-winning “Moonlight” with another masterful outing. The two protagonists share an “only two people in the world” type of romance.

Director Steven Spielberg saw his opening, and he put a rush on this movie about the Washington Post’s decision whether or not to publish the Pentagon Papers. He shot, edited, and released it in 2017, less than a year after Donald Trump became president and freedom of the press became significantly more threatened. It was one of the most important movies of that year, and one of the best.

Michael Keaton hadn’t had a great string of movie choices before he restarted his career with director Alejandro Iñárritu’s “Birdman.” The very meta movie focused on an aging stage actor past his prime and the superhero alter-ego that inspired him to try something new.

“The Irishman” is Scorsese’s “Captain America: Civil War,” with a big cast of people we love (Robert De Niro, Joe Pesci, Al Pacino, Harvey Keitel, Bobby Cannavale) who are not all on the same side.

Before his involvement with “Star Wars” (but after “Star Trek”), J.J. Abrams made this very nice homage to the classic sci-fi movies he grew up loving (and creating). Gorgeously shot and marvelously acted by Elle Fanning and the rest of the young cast, “Super 8” was just one of those great, original summer movies that took audiences by surprise.

Still the best movie to come from the massive Marvel Cinematic Universe, “Guardians of the Galaxy” is action-packed, heartfelt, hilarious, and mostly self-contained (which is an asset when so many of the other MCU movies require knowledge of others).

One of the most emotionally draining comedies I have ever seen, this indie darling landed on many critics’ “best” lists in 2015.

This documentary about street cats in Istanbul marked the first time I thought I might be able to become a cat person. It’s a shot of pure joy.

Laura Poitras’s documentary introduced many people to whistle-blower Edward Snowden, told us about his important actions, and gave us a peek into his life in hiding. A true fly-on-the-wall doc with important consequences.

Director Dan Gilroy teamed up with Jake Gyllenhaal for this intensely creepy film that built a seedy atmosphere and let viewers take a ride in it. “Nightcrawler” also introduced the world to Riz Ahmed, for which I am thankful.

Journalism procedurals can sometimes be bland affairs, but the incredible ensemble cast of “Spotlight” made sure you didn’t have to worry about that.

One of the best trilogies of the decade was the underappreciated “Planet of the Apes” trio, the best of which was this Shakespearean revenge thriller.

Tarantino haters will find plenty to dislike in this extra-long, extra-bloody twist on the drawing-room mystery, but for those of us who appreciate his writing, there’s plenty to indulge in here.

I’ve never been a big admirer of Wes Anderson, but his two voyages into stop-motion animation are exceptional.

Christian Bale, Melissa Leo, and Amy Adams give what might be the best trio of acting performances in any single movie on this list. 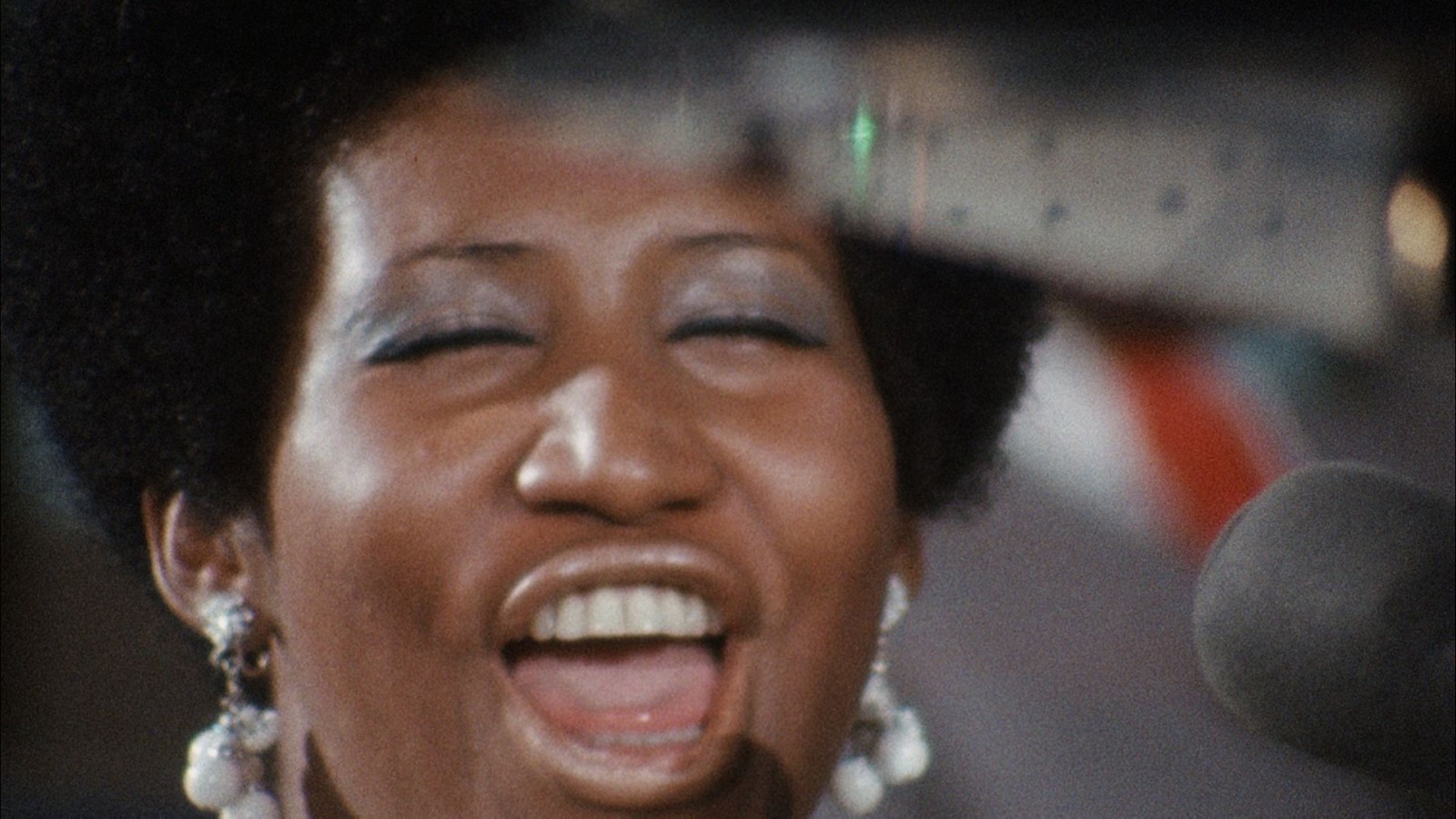 The world lost Aretha Franklin too soon, but thankfully we found a way to honor her immense talent by bringing this old documentary to life after decades of failing and stalling.

Denzel Washington and Viola Davis give two all-time great performances in this film version of the classic play.

The more I watch this movie, the more I struggle to find anything wrong with it. Ryan Gosling gives a cold, quiet turn as Neil Armstrong that is true to the character, and Damien Chazelle uses the frequent space program deaths to frame Armstrong’s psyche. Plus, Justin Hurwitz’s score is perhaps the best of the decade (despite his egregious Oscar snub).

With “Lady Bird,” writer/director Greta Gerwig crafted a wholly emotional movie about the mother/daughter relationship. I haven’t watched another movie since 2017 as many times as I’ve watched “Lady Bird.”

David Fincher has made some great films, but one that isn’t talked about nearly enough is this adaptation of Stieg Larsson’s first Lisbeth Salander book. Rooney Mara and Daniel Craig are perfectly cast, and Christopher Plummer adds even more weight to the ensemble.

Spike Lee hasn’t made a movie this good since “Malcolm X” nearly thirty years ago. “BlacKkKlansman” dropped at exactly the right time and the footage that runs before the credits really drilled the movie’s importance home.

David Fincher again? Yep! All three of the director’s films from this decade made my list. Deal with it.

Such a grim world has never looked so gorgeous. Tom Hardy does little more than grunt, but Charlize Theron and Hugh Keays-Byrne (as villain Immorten Joe) are terrific.

If introducing the wider world to Alicia Vikander was all “Ex Machina” did, it would still make it on this list. But it also added Oscar Isaac and Domhnall Gleeson, two of Hollywood’s most amazing young actors.

I wasn’t surprised that I liked Denis Villeneuve’s third English-language film, since I loved “Prisoners.” I was surprised by how much I liked it, though. Benicio del Toro gave one of 2015’s strongest performances, and cinematographer Roger Deakins (though he had to wait another two years for his first win) got a much-deserved Oscar nomination for his camerawork.

Beyond winning Leonardo DiCaprio his first Oscar, Alejandro Iñárritu’s “The Revenant” succeeded on a number of levels. But Leo going full method was the main draw.

Another great Leonardo DiCaprio performance was in his fifth collaboration with Martin Scorsese, “The Wolf of Wall Street.” But perhaps this one will be better remembered for introducing us to Margot Robbie.

An adaptation of the best-written and most harrowing slave narrative I have ever read (and I was an English major, so I’ve read my share), “12 Years a Slave” combined the acting forces of Chiwetel Ejiofor and Lupita Nyong’o (only one won the Oscar, though both deserved to) to create a horrifying look at America’s most shameful era.

I watched this nearly 8-hour documentary all in one sitting, and since it was submitted to the Oscars (and won), I’m considering it a movie for the purposes of creating this list. And it’s a great one. Not only does it tell basically all anyone needs to know about O.J. Simpson, but it also does so in a way that seamlessly explains the intersection of race and fame in America.

Film two of three in Quentin Tarantino’s unofficial alternate-history revenge trilogy, “Django Unchained” uses more severe (though less realistic) images than “12 Years a Slave” to show the true horrors of slavery, but then it lets Jamie Foxx kill some whities to make us feel a little better about it.

Still the best of the franchise, in my opinion, “Toy Story 3” combines the ever-present theme of belonging with a terrific prison-break plot that reminds you how much fun animated movies can be.

Every individual piece of this film is almost perfect, from the writing and direction to the music and the cinematography and the acting.

My favorite film genre is the psychological thriller, but lately, the genre has gone downhill. It’s the kind of genre that can often look like a Lifetime movie if done poorly. But director Darren Aronofsky’s “Black Swan” used all the right elements of the genre in a way that skewed closer to “Vertigo” than “The Perfection.”

Directors with more than one entry: