Avengers assemble in Martin Scorsese’s 200-minute crime saga “The Irishman.” Not big-A Avengers of the demi-god or super-soldier variety. No, these are avengers in a more literal sense, the kind of guys who exact brutal revenge for serious (or even supposed) wrongs.

Truck driver Frank “the Irishman” Sheeran (Robert De Niro) was introduced to the Bufalino crime family via Bill Bufalino (Ray Romano), a union lawyer who represented Frank after he was caught engaging in some shady business. Bill introduced Frank to his cousin Russ Bufalino (Joe Pesci), the crime boss, which led to Frank’s deep involvement in the crime family for the next twenty years. In time, Russ introduced Frank to Jimmy Hoffa (Al Pacino), the infamous union leader who used mob money (and tactics) to his political advantage. Frank and Jimmy became thick as thieves. But when Hoffa’s relationship with the Bufalinos began to sour, Frank felt his loyalty being pulled from both sides.

Aside from being the latest from the great director Martin Scorsese, and also the film that brought Oscar-winner Joe Pesci out of retirement, “The Irishman” may best be known for its revolutionary de-aging technology, which helped 76-year-old actors Robert De Niro and Joe Pesci play men in their forties and fifties. And for the most part, it’s a huge success! It’s mostly seamless, and when De Niro is dialoguing with his co-stars, I can definitely believe I’m looking at a man twenty years younger. But when the character is using more physicality, some limitations begin to reveal themselves. De Niro, no matter how hard he tries, can’t move like a man in his forties. He can’t walk like one and he certainly can’t punch like one. Reportedly, Al Pacino (who will turn 80 next April) ruined one good take when he struggled to stand up from a seated position in the middle of a scene. None of this was ever more than a momentary distraction, but sometimes I wondered if “The Irishman” would have been better had it been filmed just before or after “Goodfellas,” when these men were still in their prime.

The other thing you might have heard about “The Irishman” is that it’s 210 minutes long. That makes it, according to my Letterboxd profile (follow me!), the second-longest movie I’ve ever seen, after “Gone With the Wind.” At around the three-hour mark, I admit I was getting antsy. Call me a blaspheme, but sometimes it’s nice to be able to pause a movie for a quick bathroom break. In the case of “The Irishman,” a couple of short intermissions might also give you a moment to reflect on what you’ve seen so far, since three-and-a-half hours of screenwriter Steve Zaillian’s (“Schindler’s List,” “The Girl with the Dragon Tattoo”) dense dialogue can be a lot to process. But I’m glad Netflix allowed “The Irishman” its ridiculous run-time, because it needs every bit of it to tell such a rich and detailed story. 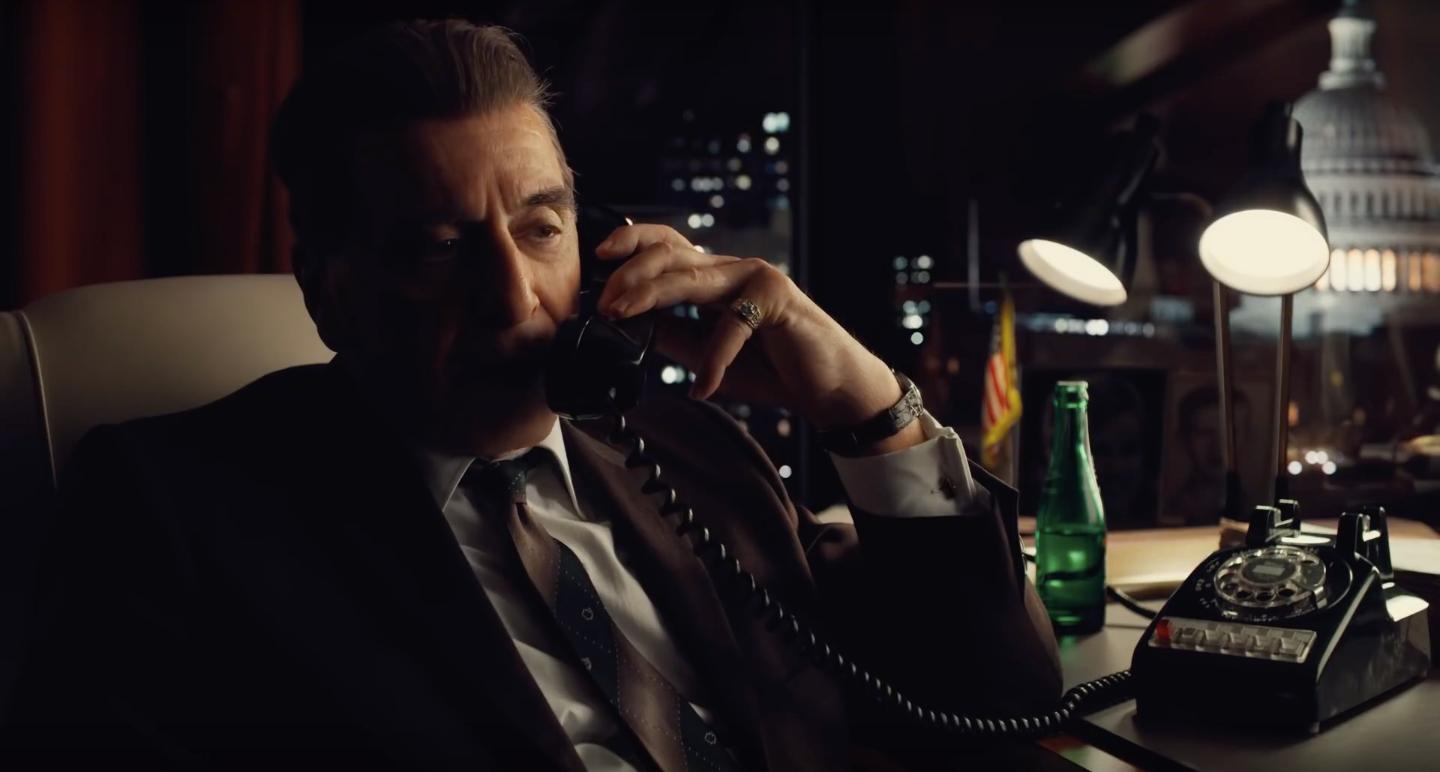 Bringing Joe Pesci out of retirement is one thing, but bringing him out of retirement for some of the best work of his career is quite another! And I think we take for granted how naturally Robert De Niro slips into good characters when he’s given them. Even at 76 (which I understand is not that old), De Niro is one of the best actors alive when he’s given good material. In my 2016 review for “Dirty Grandpa,” I openly prayed for De Niro to have at least one more great role written for him. I should have known it would be in a Scorsese movie. And Al Pacino, always known for his theatrical mannerisms (it’s like he never grew out of his theater training), gives one of the best performances of his career, too. Not since “Heat” have I been so happy about a Pacino performance. It’s as appropriately subdued as can be expected under the circumstances.

Right now, “The Irishman” has shot ahead as my 2020 Best Picture front-runner. The race is officially on.