Mere months after “Green Book” won Best Picture at the Academy Awards despite critics (including myself) saying it didn’t go far enough to clearly disavow racism, “The Best of Enemies” comes along with another true story about a racist finding redemption after a friendship with an African American. The difference, in this case, is that Ann Atwater and C.P. Ellis had a thirty-year friendship following the events of this movie, well documented in books, public appearances, and a documentary. The families of the subjects may object to things in the movie, but they can’t say the movie got the fundamental points wrong (which was the case with “Green Book,” when Don Shirley’s family said the movie mischaracterized his and Tony Vallelonga’s entire relationship). “The Best of Enemies” has problems, and certainly still caters to an audience who might be offended by something like Spike Lee’s “BlacKkKlansman,” but “Green Book,” in my opinion, this is not.

In 1971, 17 years after Brown v. Board of Education ruled school segregation unconstitutional, Durham, North Carolina (like the rest of the state) is still resisting school integration. When a fire breaks out in one of the black schools in the city, the issue is pushed to the forefront, no longer avoidable: will the city allow the displaced black students to go to one of the white schools? Activist Ann Atwater (Taraji P. Henson) and Klan chapter president C.P. Ellis (Sam Rockwell) are asked to co-chair a 10-day town conference meant to debate the issue and come to an agreement—inevitably, these two polar opposites face setbacks on the road to common ground. 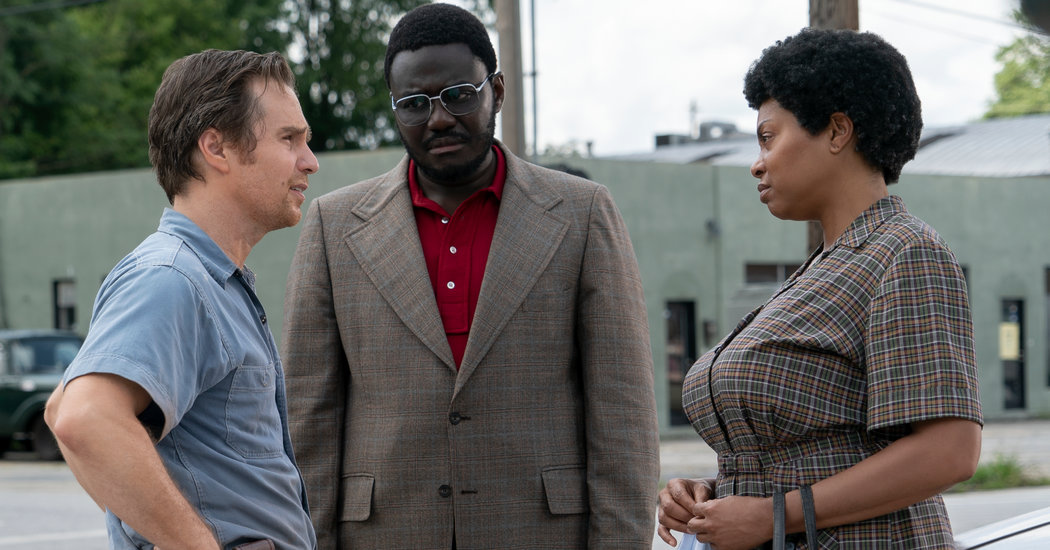 Taraji P. Henson plays Ann Atwater like she’s auditioning for a “Madea” movie. But in interviews (snippets of which bookend the film), Atwater seems like the stereotypical image of a strong, Southern, black woman. She messily noshes ribs and corn bread, sings sweet tea’s praises, claps along to gospel music, and speaks in a Southern drawl. I worry that it reinforces so many stereotypes, but I also worry that criticizing it might come across like endorsing the erasure of a culture. I’m at a crossroads. Regardless, Henson’s portrayal, while sometimes cartoonish, is well-rounded. It felt genuine to the character (whether or not the character was accurate to the real-life Atwater). Sam Rockwell is such a good actor, but his own Oscar win for another racially iffy movie, “Three Billboards Outside Ebbing, Missouri,” makes his appearance here honestly worrisome. Will he only get to play racists forever? Granted, Rockwell was cast nearly four years ago, in June of 2015, a year before “Three Billboards” started filming, so the fact that he played sympathetic racists so close together is partly coincidence. Nevertheless, “The Best of Enemies” makes Ellis out to be a hero, a KKK chapter president who just worries for his family and wants his friends to stay employed. He winks and jokes with young Klansmen-in-training (via a program he created, to indoctrinate youth), he loves God, he has a disabled son. The movie threatens to normalize the fact that he also just happened to be a white supremacist. Sure, some of the movie’s biggest punchlines make him the butt of the joke. And yes, this is based on a true story. C.P. Ellis really did go from Klansman to activist. But is this story going to help or hurt? No, truly, I’m asking. I don’t know.

“The Best of Enemies” is a cartoon version of history. It’s at times purposefully incendiary, and it will rightly infuriate anybody who has ever complained that the mainstream media writes too many humanizing profiles of Trump voters. But part of me thinks: Who hasn’t made up their mind yet? Who are these impressionable viewers who are at risk of becoming somehow more racist or less tolerant because they saw “The Best of Enemies”…or “Three Billboards,” or “Green Book”? I’m not sure they exist. Maybe we’re all getting worked up for nothing.