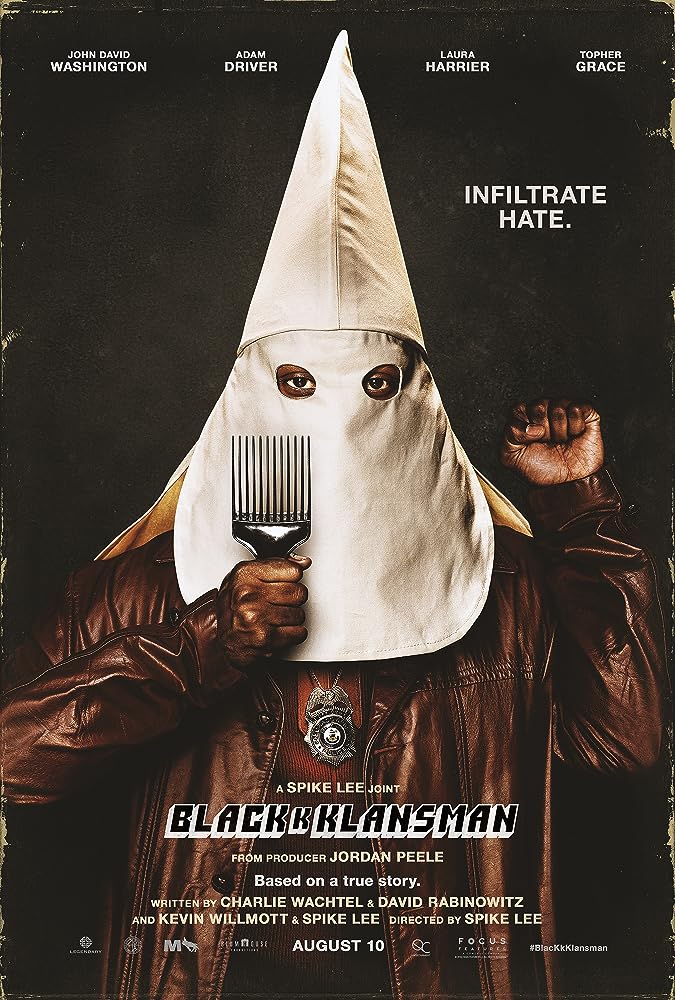 In 1992, 9-year-old John David Washington stood up from his seat in a Harlem classroom and proclaimed, “I am Malcolm X!” in a Spike Lee-directed movie starring his father, Denzel Washington. After that, it took John nearly 25 years to act again, after a promising football career was cut short by injuries (he still holds rushing records at the historically black Morehouse College). But now, it’s the younger Washington who’s taking top billing in a based-on-a-true-story Spike Lee joint, starring in the urgent but timeless “BlacKkKlansman.”

Ever since he was a child growing up in Colorado Springs, Ron Stallworth (Washington) had wanted to be a cop. When the police force began pushing for more minorities to be hired, Stallworth went for it. His first assignment was to go undercover to watch a speech delivered by a former Black Panther, Stokely Carmichael (Corey Hawkins), who was going by the name Kwame Ture. Police feared the speech would rile up the African American community in Colorado Springs. After that, Stallworth worked in CSPD’s intel department, where he heard about an attack being planned by the local chapter of the Ku Klux Klan. Stallworth answered an ad calling for recruits to the local chapter, thinking that infiltrating the Klan was the police force’s best option. A white officer (Adam Driver) would handle the eventual face-to-face meetings, including one with Grand Wizard David Duke (Topher Grace), but the risk of being found out hovered over every meeting and phone call.

This subversive buddy cop comedy is nothing without its two buddies. Washington is a natural. He shows that maybe nature (being Denzel’s son) beats nurture (playing football for the past 20 years instead of acting). Adam Driver, while not the focus of the film, performs his role well. “BlacKkKlansman” begins with a brilliant, timely-as-ever cameo appearance from an A-lister called upon to look like a major jackass, but for a good purpose. The film ends with a time-stamped epilogue, and together they frame Spike Lee’s film in a chillingly effective context. The juxtapositions in “BlacKkKlansman”—not just of the prologue and epilogue, but of KKK rallies vs. “Black Power” chants, Grand Wizard vs. black policeman—are a powerful reminder (as if this country needed one) that racism has successfully avoided being uprooted since the beginning of time.

Spike Lee has made some unforgettable, all-time-great films, but lately, it’s understandable if you’d forgotten about them. While nobody can doubt that Spike Lee is always true to himself and his beliefs, some of his latest films just haven’t clicked with audiences. Composer Terence Blanchard has been working with Spike Lee since 1991, but his score here sounds most like his work in “Malcolm X.” In fact, Lee and the other filmmakers repeated a lot of what worked well in that spectacular film—they made lightning strike twice. “BlacKkKlansman” is proof that Spike Lee still has it in him to make a message movie that can transcend its message. It’s the year’s boldest and most important film, and, so far at least, it’s also the best.