It might be weird, three weeks into November, for me to say there’s a lot of 2017 left to go—but in Hollywood, that is absolutely the case. I hope that means the last five weeks of the year bring along at least one movie I can confidently say should win Best Picture…because after seeing the buzzed-about “Three Billboards Outside Ebbing, Missouri,” I still can’t say that I’ve found one.

In this absurdly original film from writer/director Martin McDonagh (“In Bruges,” “Seven Psychopaths”), Oscar-winner Frances McDormand plays Mildred Hayes, whose daughter Angela was raped and murdered less than a year ago. Frustrated by what she sees as a lackluster effort by the Ebbing Police Department to find her daughter’s killer, Mildred pays for three billboards in front of her house and puts up a simple message: RAPED WHILE DYING…STILL NO ARRESTS…HOW COME, CHIEF WILLOUGHBY? Willoughby (Woody Harrelson) and his deputies (including one particularly racist, violent cop played by Sam Rockwell) are outraged at being called out, but since the First Amendment gives Mildred the right, the police department will have to find other means to stop this attack on their character.

As if constant reminders of a teenager’s tragic rape and murder aren’t enough, “Three Billboards” hits you with police brutality, racial slurs, arson, suicide, and terrorism in its two hours. It’s far from cheery. Ebbing, Missouri (a fictional town, by the way) has surely never been quite so shaken by a series of disturbing, distressing, and downright depressing events. It makes this otherwise ho-hum story more interesting, but also more ludicrous. If you’re familiar with McDonagh’s prior works, this shouldn’t come as a surprise. But at a certain point it seems like shock and awe is the whole point. “What will Mildred do next??” “Uh oh, this won’t end well!” But if you’re familiar with McDonagh’s work, you also shouldn’t be surprised if this is the whole point. Without the craziness, “Three Billboards” would be a story about a cold case that baffles police and angers relatives of the deceased. It’s less a crime procedural than a small-town soap opera. 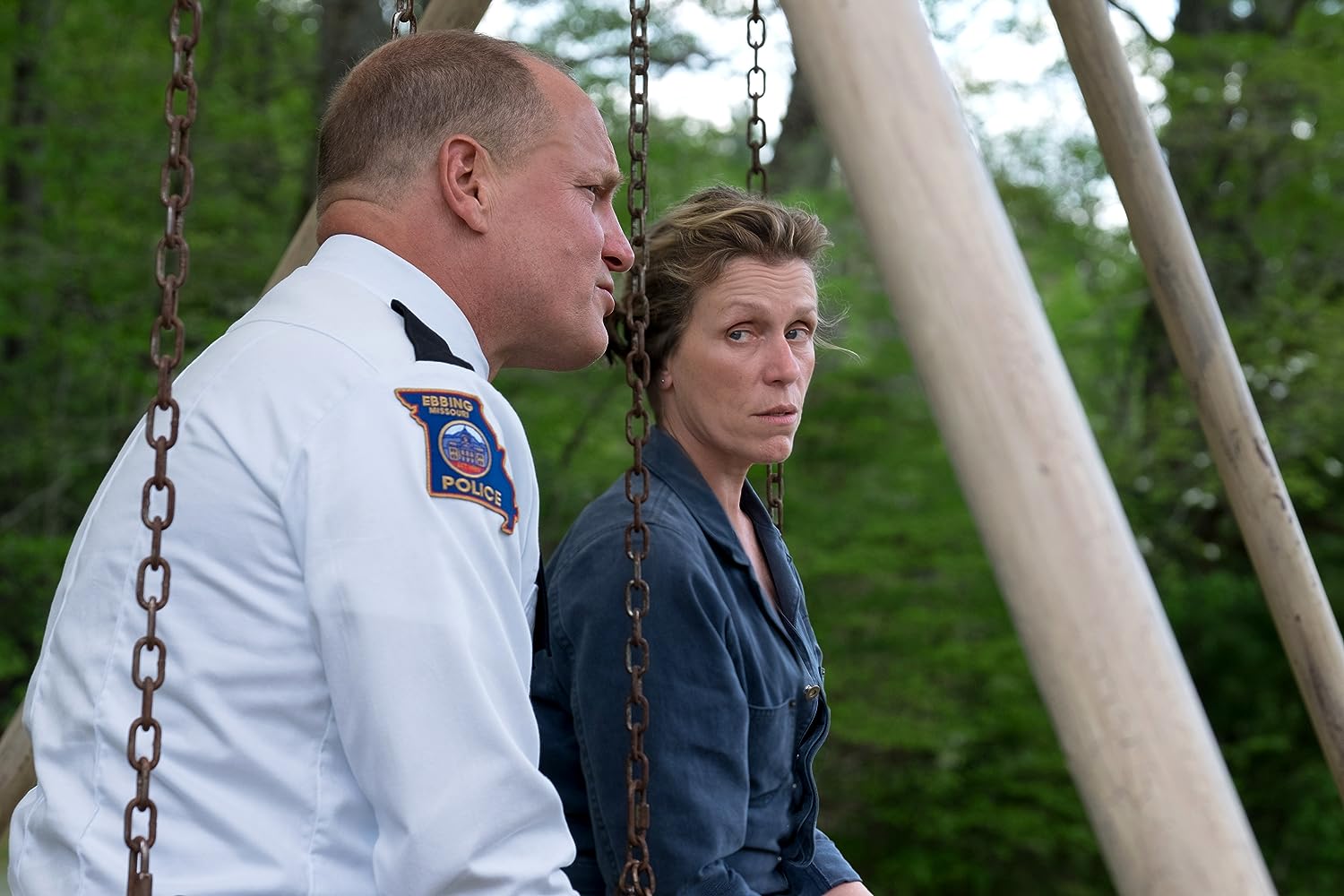 If Oscar should make a call to “Three Billboards,” I would guess that it’ll skip the producers and writer/director and dial up McDormand and Rockwell for their terrific efforts. Frances McDormand breathes life into the quick-tongued firebrand Mildred. As the fiercely independent mother, McDormand commands every scene she appears in. But for a movie about her billboards, a significant portion of the movie is devoted to the racist cop who stands in her way. As Officer Dixon, Sam Rockwell has no qualms about making himself extremely unlikeable in order to progress the story. As much as I’ve come to expect greatness from Rockwell, this performance surprised me.

“Three Billboards” is a little too absurd (and racist) for its own good. McDonagh knows how to entertain, but some flaws in the script keep this film from standing on a level of its own.