After a below-average 2017 at the movies, it’s finally time to look forward to what I hope is another notable cinematic calendar year. As usual, these dates are subject to change (“The Commuter” made last year’s list, but its release date was pushed to 2018), as is a movie’s worthiness (I thought “A Dog’s Purpose” sounded promising coming into last year…oops), but for now, here are the 18 movies I look forward to seeing in 2018.

Rollin’, rollin’, rollin’ into 2018 is this Taraji P. Henson-led action thriller about a hitwoman who decides to protect a young boy she meets during a contract killing. The plot sounds familiar, but I’ll pay to see a kickass actress like Taraji Henson get her hands on the role.

Ryan Coogler is one of Hollywood’s most promising African American directors. “Fruitvale Station” took a realist approach to portraying the black experience, but even his boxing movie, “Creed,” made a point of showing the unique impact race had on its characters. There’s no better man to tackle Black Panther’s first standalone movie. Plus, the cast is a who’s who of black actors—Chadwick Boseman, Michael B. Jordan, Lupita Nyong’o, Forest Whitaker, Sterling K. Brown, and Angela Bassett are among the big names.

Natalie Portman may have been robbed of her second Oscar last year for her dead-on portrayal of Jackie Kennedy in 2016’s “Jackie.” Regardless, there’s no denying that Portman is one of the most incredible actresses of our time when she’s given a good role. Plus, writer/director Alex Garland’s “Ex Machina” was one of the best AI movies of all time, and a Top 5 movie of 2014. His follow-up was bound to be highly anticipated, but this trippy effects-heavy sci-fi adventure movie would be exciting in anyone’s hands.

After Charlize Theron’s “John Wick“-style shoot-em-up movie “Atomic Blonde” did well, this Jennifer Lawrence-led action movie—about a team of femme operatives who seduce and then kill their targets—has a lot of pressure on it. I have confidence she can turn this sexy, bloody synopsis into something worth watching. 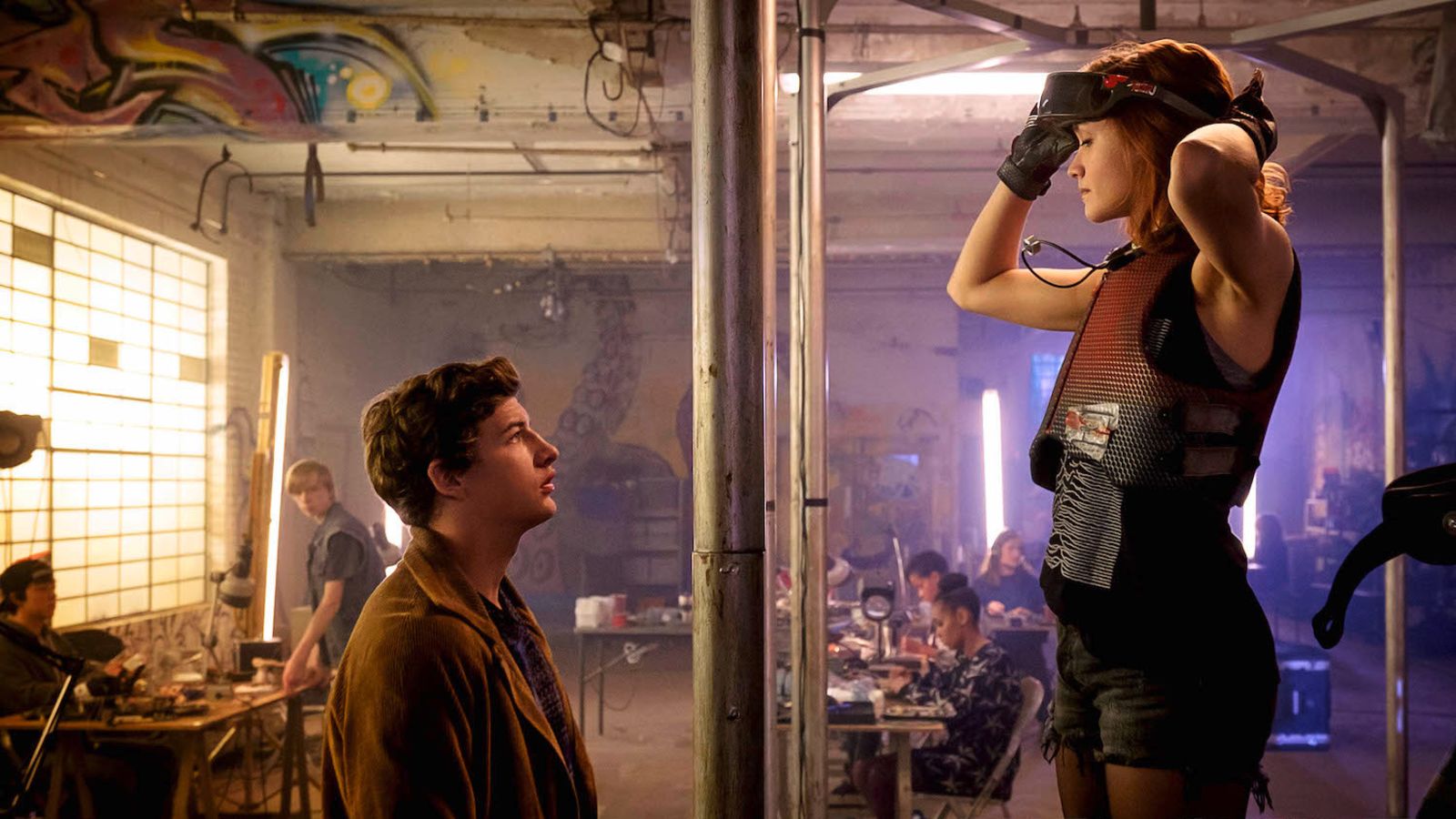 Steven Spielberg’s adaptation of the popular dystopian novel by Ernest Cline has one of the most exciting and epic trailers in years. Combining iconic characters, sounds, and imagery from the 1980s, “Ready Player One” is bound to be a hit among both 80s kids and 80s kids at heart.

Speaking of trailers, the trailer for “A Quiet Place” is another one to watch. In the film, a family—led by real-life husband and wife John Krasinski (who also directs) and Emily Blunt—must live a life of near-perfect silence in order to evade the attention of a mysterious monster(s) that rely on their sense of hearing to find prey. Obviously, mistakes are bound to happen.

Reports seem to suggest that Ron Howard’s transition as director was a smooth, positive move for the second standalone “Star Wars” spinoff. But Alden Ehrenreich and Donald Glover, as Han Solo and Lando Calrissian, are the main draws—if any two actors are able to do justice to two of the Star Wars universe’s most popular characters, it’s these guys.

“Deadpool” was probably the funniest superhero movie of all time, because it was treated primarily as a comedy and then as an action movie. The biggest downside, for me, was the plot, which by the end seemed like a silly waste of time with no real point besides introducing us to Deadpool. Now that the introductions are out of the way, I have hope that “Deadpool 2” can really work its magic. 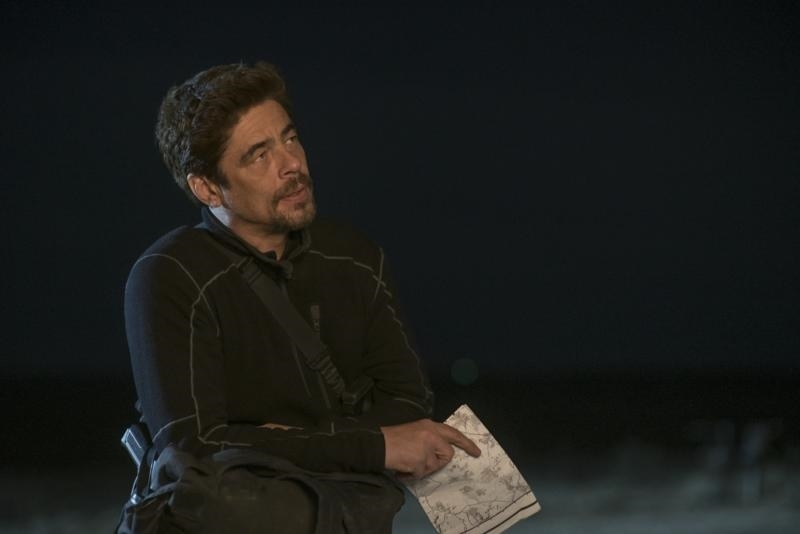 A movie as good as “Sicario” deserved a better title than “Sicario 2,” and for a while “Soldado” was all we got. Unfortunately, execs likely feared that it wasn’t clear that it was a “Sicario” sequel, so they added the obvious. Oh well. If “Soldado” is even half as good as the action-packed cartel thriller from 2015, it will be worth a look.

The Purge: The Island (July 4)

“The Purge” was an interesting concept from the get-go. Now that Donald Trump is president and this sort of thing suddenly seems sort of plausible, it’s even more relevant. But we have seen what the Purge is like once citizens are aware of it. What we haven’t seen is how the very first Purge night went. I imagine people were less prepared, maybe even more trigger-happy. Who knows? Well, we’ll all know soon enough.

We can thank the visionary James Cameron (“Avatar”) for helping bring this manga graphic novel to life on the big screen. An effects-heavy sci-fi action movie with a strong cast (Jennifer Connelly, Mahershala Ali, Michelle Rodriguez), “Alita” is bound to be a movie you gotta see in theaters. In the summer, this is the type of stuff I want to see.

The first movie on this list that I had not heard about until now, “The Happytime Murders” seems like a fun twist on “Who Killed Roger Rabbit?” In a world where humans and puppets coexist, a grizzled investigator has to track down a serial killer who’s offing cast members from a popular old puppet show. From director Brian Henson (Jim’s son), “The Happytime Murders” stars Melissa McCarthy, Elizabeth Banks, and Joel McHale.

Writer Lucinda Coxon (“The Danish Girl”) adapted this story from Sarah Waters’s mystery novel, which was originally about post-WWI class warfare but organically turned into a ghost story. Director Lenny Abrahamson follows up his Oscar nomination for “Room” in 2014.

Based on James Hansen’s preeminent Neil Armstrong biography, “First Man” seems like the perfect vehicle for Ryan Gosling to win the Oscar that has since evaded him. Director Damien Chazelle follows up “Whiplash” and “La La Land”…so, will “First Man” have any musical element? Time will tell.

While his recent directorial debut “Breathe” wasn’t a box office success, or a critical one, Andy Serkis is hoping that he’ll be better off when his cast is utilizing the motion capture technology he’s nearly perfected. Yes, Serkis’s “Jungle Book” movie comes after the visually flawless Disney remake, but he’s hoping his cast of A-listers (Blanchett, Bale, Cumberbatch, and Serkis himself, as Baloo) will make his version worth your while.

After “Talledega Nights” and “Step Brothers,” any fan of raunchy comedy should have perked ears at the mention of a Ferrell/Reilly collab. This time, they team up as one of cinema’s most depicted pairing—Sherlock Holmes and John Watson.

Oscar-winning visual effects supervisor Christian Rivers (“Lord of the Rings,” “King Kong”) is at the helm for this effects-heavy adaptation of Philip Reeve’s post-apocalyptic novel. In a now desolate world, cities must keep moving to survive. Bigger cities on ginormous wheels devour smaller ones to replenish their resources. Obviously, we’re going to be rooting for the little guys here. 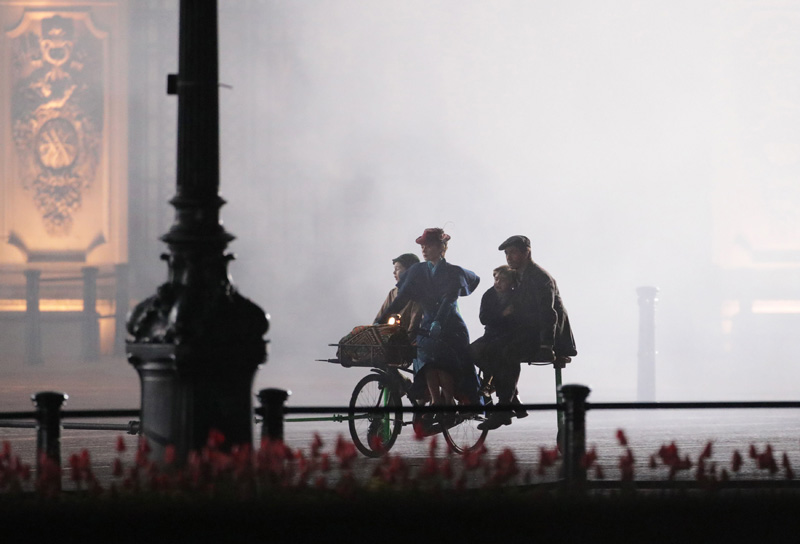 “Mary Poppins Returns” should be a spoonful of sugar, as if the holiday season wasn’t going to be delicious enough. After 2012’s marvelous “Saving Mr. Banks,” my love for the ever-popular but somehow still underappreciated masterpiece was renewed, and with the right cast and crew—director Rob Marshall and stars like Emily Blunt, Lin-Manuel Miranda, and Colin Firth—I am ready for a sequel.