In the fall of 2016, Steven Spielberg became attached to a script about the publishing of the Pentagon Papers by The Washington Post. With the odds stacked against him, he made it his goal to release that movie in 2017, in order to capitalize on a time in society when these issues are as relevant as they were 45 years ago. In just a matter of months, Spielberg—with his frequent collaborators, composer John Williams and cinematographer Janusz Kaminski, and two of the most accomplished actors of all time, Tom Hanks and Meryl Streep (in their first film as co-stars)—produced the best picture of the year, and one of the greatest journalism movies of all time. 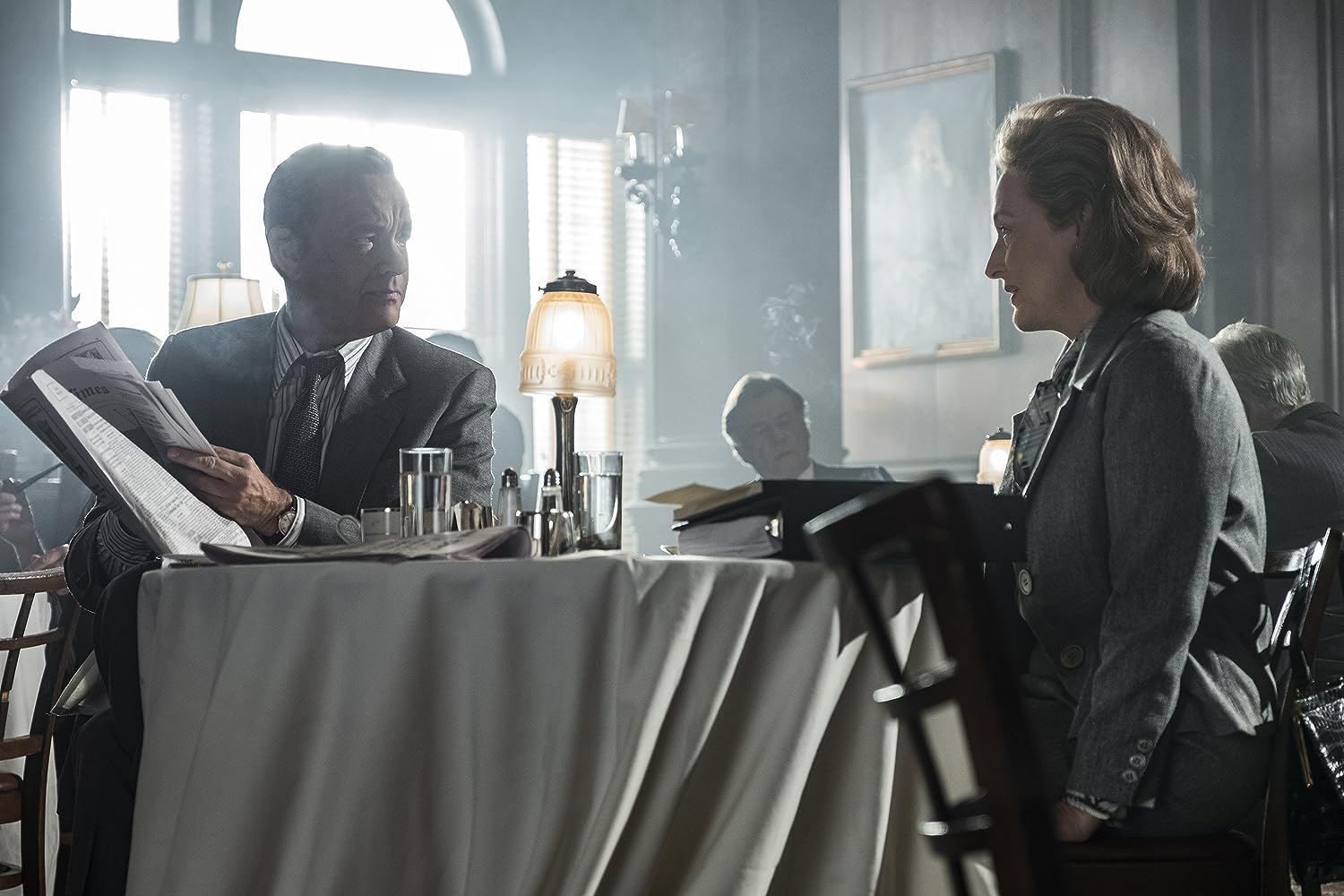 It’s 1971, and The Washington Post is a small, family-run operation with a goal of holding those in Washington accountable. But with big competition like The New York Times expanding its reader base beyond the East coast, the Post is falling on hard times. Kay Graham (Meryl Streep), left in charge after her father’s death and her husband’s unexpected suicide, decides to take the business public, in the hopes that it will make them some money. But when Ben Bradlee (Tom Hanks) and his team of journalists uncover a whopper of a story, one that will upset the Nixon Administration, Graham is left wondering whether the duty of the paper to reveal the truth is as important in this moment as her desire to keep the whole operation afloat.

It’s a wonder this movie hadn’t been made before. The Pentagon Papers were about as dooming to the Nixon presidency as the Watergate scandal. There are few better examples of a newspaper holding a government accountable. It’s no secret why Spielberg rushed this movie to theaters…among U.S. presidents, only Nixon tops the current leader when it comes to hostile feelings toward the American press. As Donald Trump rails against the “Jeff Bezos Amazon Washington Post” on Twitter (his way of linking the paper to liberal influence), “The Post” shows how tirelessly and courageously journalists work to reveal the truths the government doesn’t want you to know. Some of the weightier lines in the film, the ones with obvious parallels to the current administration, are left hanging, to give them more meaning.

But besides being the movie of the moment, “The Post” is also a timeless work of art with the best ensemble cast of the year and all the makings of a Best Picture candidate. It seems that when Spielberg is directing him, Tom Hanks hardly has to try. He’s had his flops, to be sure, but Hanks can play a cocky, ambitious journalist like Ben Bradlee in his sleep. Meryl Streep has a meatier role as the shy, fidgety Kay Graham, and her attention to detail has earned her some individual award season attention. My fear is that the collective weight of the whole will distract from her individual effort. That’s because in supporting roles, veteran actors like Bob Odenkirk, Sarah Paulson, and Bruce Greenwood make their indelible mark on this film. Odenkirk gives a powerful performance as the unsure writer whose contact may be the secret to the complex puzzle the editorial staff is trying to solve. Paulson is brilliant in a small role as Ben Bradlee’s artist wife. Her on-the-nose feminist explanation as to why Graham is more courageous than Bradlee is a breath of fresh air.

“The Post” follows a great tradition of journalism movies, like “All the President’s Men” and “Spotlight” (whose co-writer, Josh Singer, co-wrote “The Post”). I have a good feeling that this movie will outlive all of us, but in times like these, when the freedom of the press is more important than ever, and those in power so adamantly refuse to be held accountable, “The Post” finds extra relevance. Civics teachers should buy a copy for their classrooms. You should buy a ticket.