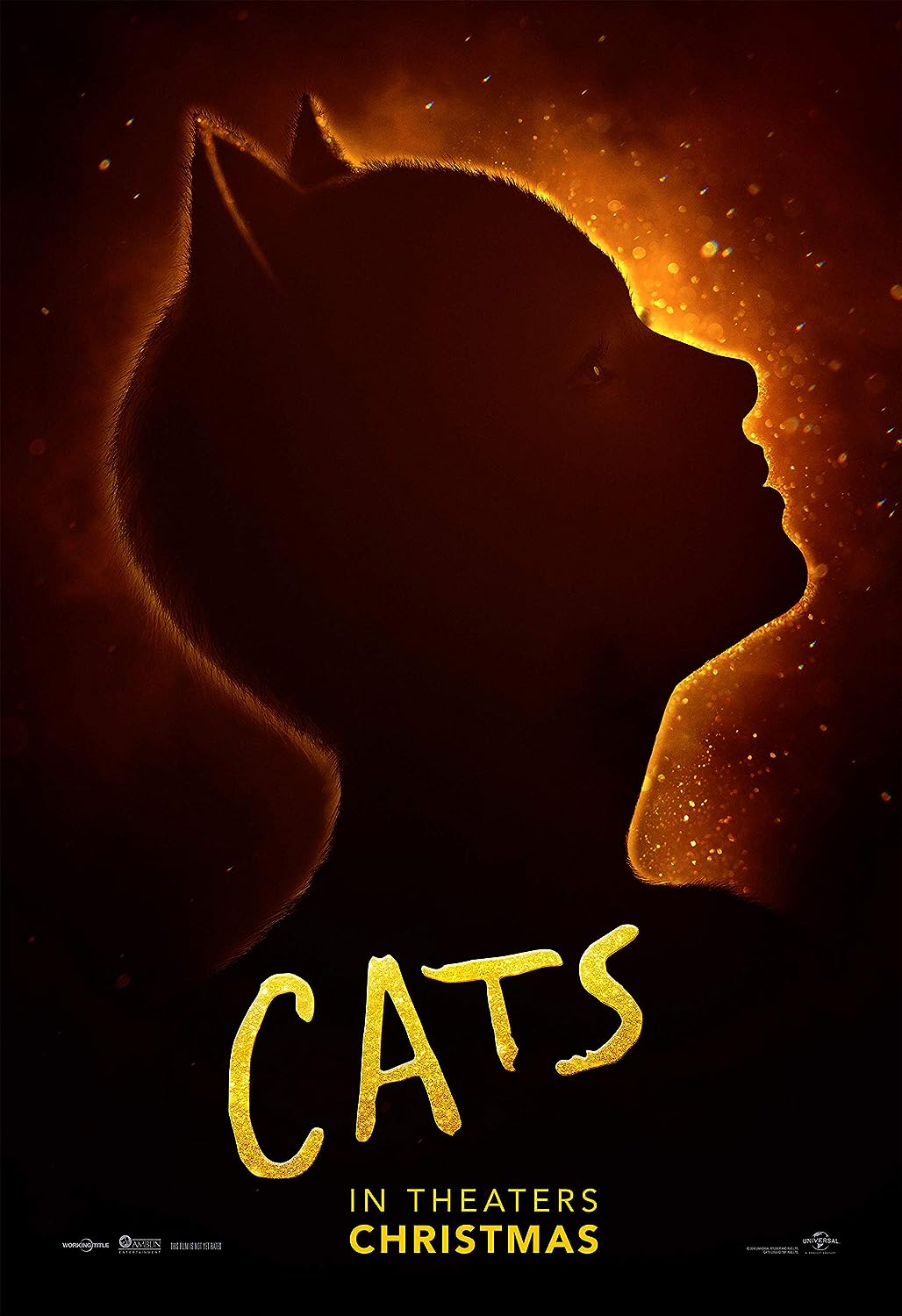 When director Tom Hooper’s much-anticipated “Cats” movie released in December of 2019 (about the except same time the world saw its first case of COVID-19, which I believe proves the film was cursed), critics fe-lined up to unapologetically bash it. But not me. Well, that’s just because I didn’t see it. In fact, somehow, a whole year passed before I worked up the courage to witness (on HBO Max, where it is streaming) an event I was sure to despise. BUT (and not butt, like the infamous butthole cut of the movie), I will admit, after initially hoping that all the damned creatures would die in the end…and after some time had passed (mainly, after Rebel Wilson’s Jennyanydots was done singing her nightmarish song)…the movie, in all its strangeness, actually grew on me a little bit.

Whether or not you’ve seen “Cats” on stage, you may not know what the story is about. That’s because it’s so inexplicable! I, for one, had not seen any production of “Cats,” nor had I heard any songs (except maybe “Memory” accidentally) or read T.S. Eliot’s short book of poems off which Andrew Lloyd Webber’s musical is based (though I did afterward, and discovered the songs in the musical pick up Eliot’s poems exactly in many cases). The movie begins when Victoria (Hollywood newcomer Francesca Hayward, principal ballerina at the Royal Ballet at Covent Garden in London), a small, white kitten, is thrown into an alley by an uncaring woman (the woman’s bottom half is all we see of a human character). Over the course of one fateful night, she meets all sorts of cats, who are introduced with song-and-dance numbers. At the end of the night, one of the cats will have the honor of being sent by Old Deuteronomy (Judi Dench) to the Heaviside Layer to be reborn in a new cat life (hopefully a better life, these poor street cats hope).

It’s not often you see $100 million dollars set aside to make a movie quite as unusual as “Cats.” Even less often is that project helmed by an Oscar-winning director like Tom Hooper (“The King’s Speech,” “Les Miserables”). And yet, here it is. This damned movie. This trip through Uncanny Valley. Humanoid cats moving like monkeys on all fours. With human hands and human expressions. But after maybe thirty minutes, I got used to these abominable creations. I bought into the world of “Cats,” with its oversized set pieces and even bigger commitment to the bit. Has there been a worse movie that I would even consider rewatching? The next day, I can’t help but shake my head and think “That damn movie had spunk.” 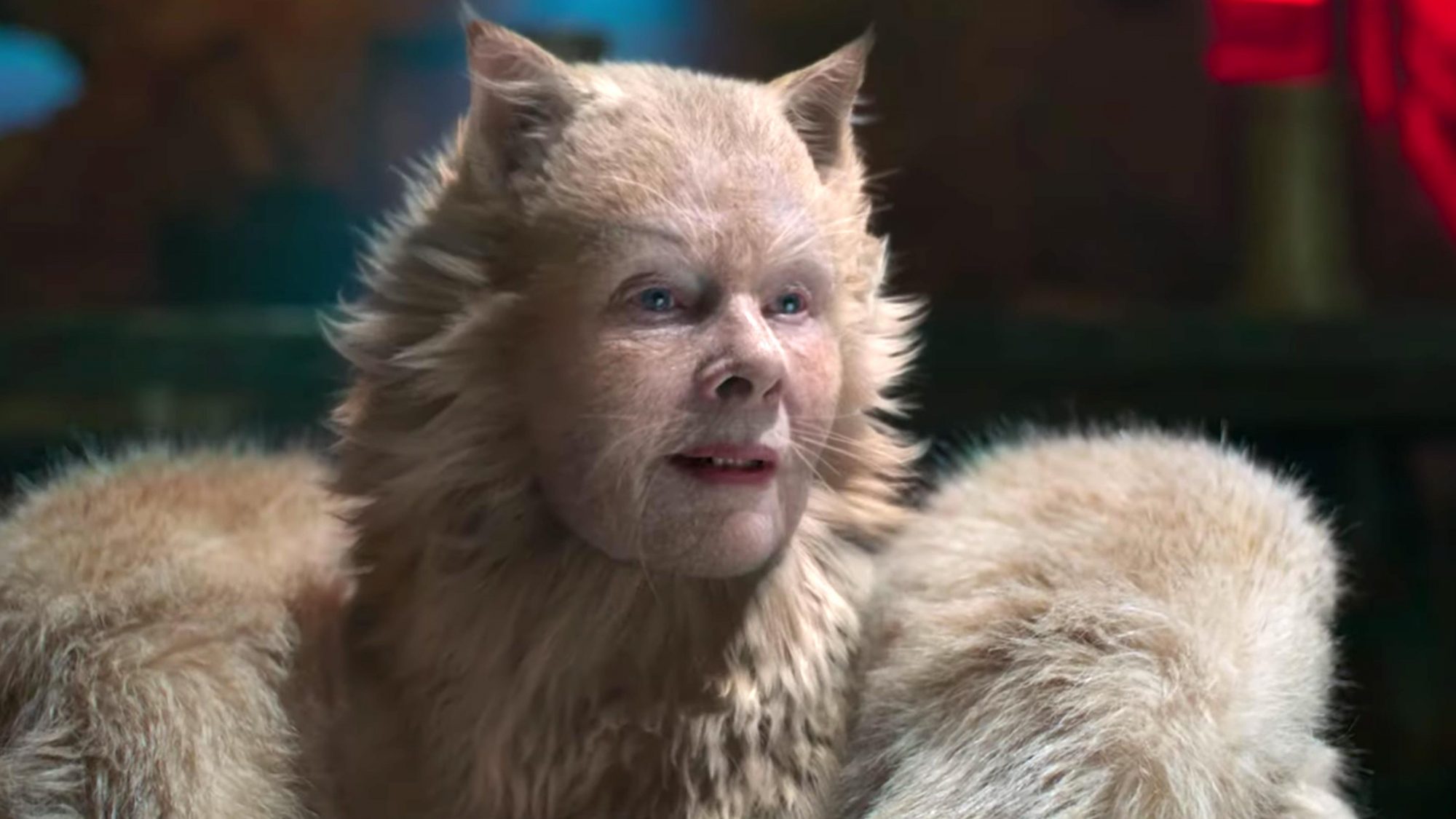 The list of reasons why I disliked the movie is actually a relatively short one. It boils down, basically, to this is a movie based on “Cats.” And the musical “Cats” is just really, really, absurdly odd. “Cats” the movie is even weirder (I have to assume based on pictures I’ve seen) than Andrew Lloyd Webber’s stage production. Which is even weirder than Eliot’s poems, because Webber’s musical invented the whole “let’s root for our favorite cat to die” angle. The musical tried to set Eliot’s poems to music, though that only really works about half the time. The other half of the time, the songs don’t sound natural. Sometimes extra syllables are squished in where they don’t fit. Other times they’re drawn out to fill space. That’s because Eliot wasn’t writing songs. I think my problems with “Cats” the movie mostly stem from “Cats” the musical. Then, of course, there are the weak spots in the movie. Rebel Wilson, for one, has the most off-putting song (and singing voice). When Idris Elba’s evil Macavity takes off his fur coat…*shivers*. No human has a catlike body, at least not catlike enough to be in “Cats,” but Elba especially doesn’t. He’s too muscly, too bulky, and when you see Macavity in all his glory you’ll want to shut the movie off right then. At least we can be happy Elba isn’t asked to sing often. Another beef I had with the movie was the simple choreography. Aside from a few moments, I felt like the dance numbers were less than impressive. And last but not least (probably most, actually), are the visual effects that turned humans into cat-like creatures in the first place. When people talk about “the stuff of nightmares,” this is what they mean. 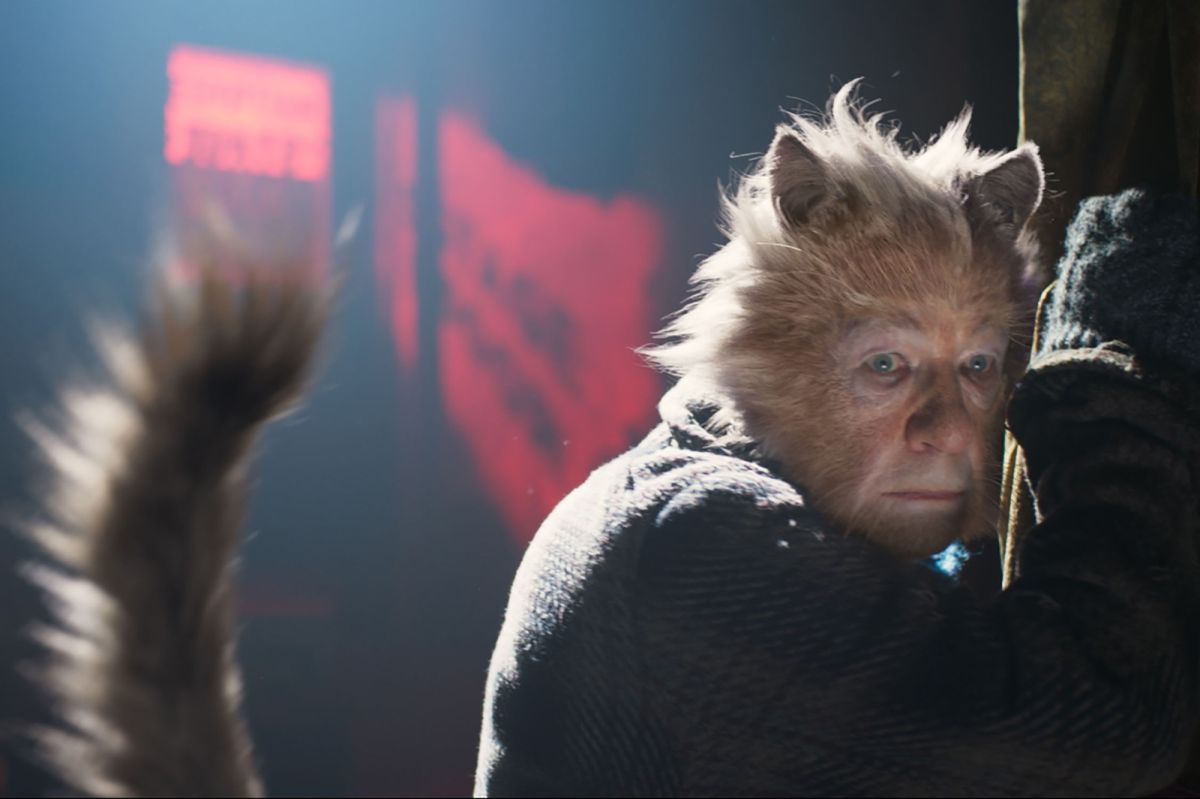 But “Cats,” as I’ve been saying, isn’t all bad. I quite enjoyed some of the songs. People mad that a couple of the songs changed their music slightly are the same ones who will complain that this isn’t just a filmed version of the stage musical. They’re used to something and that thing changed. It happens. Personally, I listened to some of the Broadway songs after seeing the movie and I preferred the movie version every time. I also enjoyed some of the performances. I hope people don’t hold this against Francesca Hayward in the future. Her dancing is graceful and her acting is commendable (despite the material). I also loved Ian McKellen as Gus, the Theater Cat. His song was probably the most earnestly delivered, even if he can’t sing like Jennifer Hudson (whose Grizabella sings “Memory,” the most recognizable song and the best performance of the film). Mostly, though, I was just impressed with how little “Cats” cares what you might think of it. That confidence carries the movie. When you think How dumb, “Cats” marches onward undeterred. There will never be anything like it.