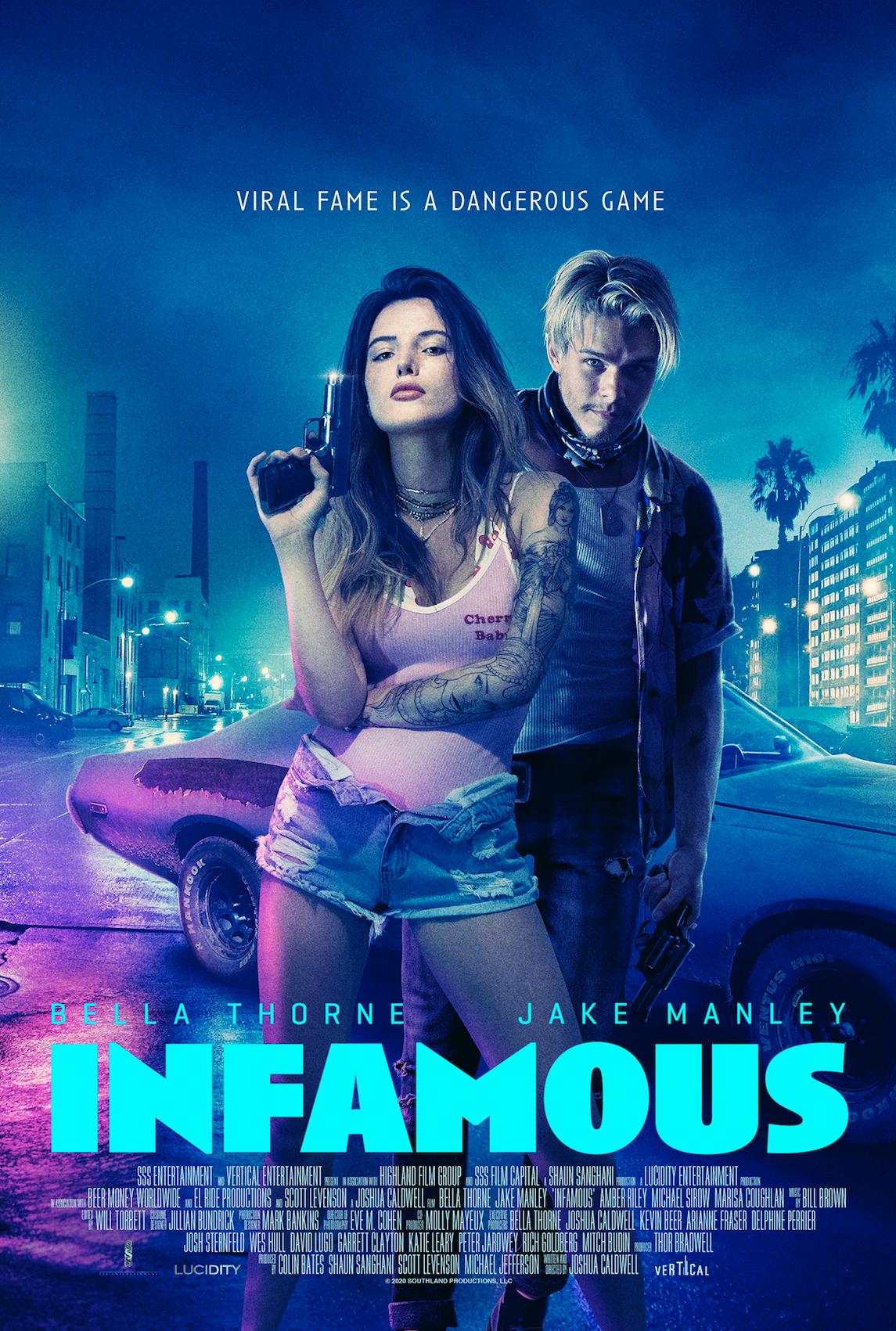 Few real-life stories have inspired more bad movies than the story of Bonnie Parker and Clyde Barrow. Of course, they inspired some good movies—1967’s “Bonnie and Clyde,” obviously, and looser interpretations like “Natural Born Killers” and “Queen & Slim.” But there are at least three times as many bad takes on their timeless story of lust and crime…including Joshua Caldwell’s “Infamous.”

Rooted in “I gotta get the hell out of this town” teen angst, “Infamous” first introduces its antihero Arielle (Bella Thorne) near the end of her rope…before she looks straight into the camera and introduces herself in that “I bet you’re wondering how I got here” way we all hate. When the story restarts back in her rural Florida hometown, we see that Arielle is a popular high schooler who dreams of moving to Hollywood and becoming famous. She never mentions an interest in acting or specifies what she wants to do in Hollywood to become famous, and this movie doesn’t seem to care. When she meets Dean (Jake Manley), Arielle finds a companion with a similar interest in escaping his one-parent home and making a life for himself. Short on cash but not on ammo, the brand-new couple decides the only way to make it big is to rob their way to California. And I almost forgot; Arielle wants more Instagram followers, too. She finds that sharing their exploits online gets her tons of followers, and in a way, the fame she seeks. 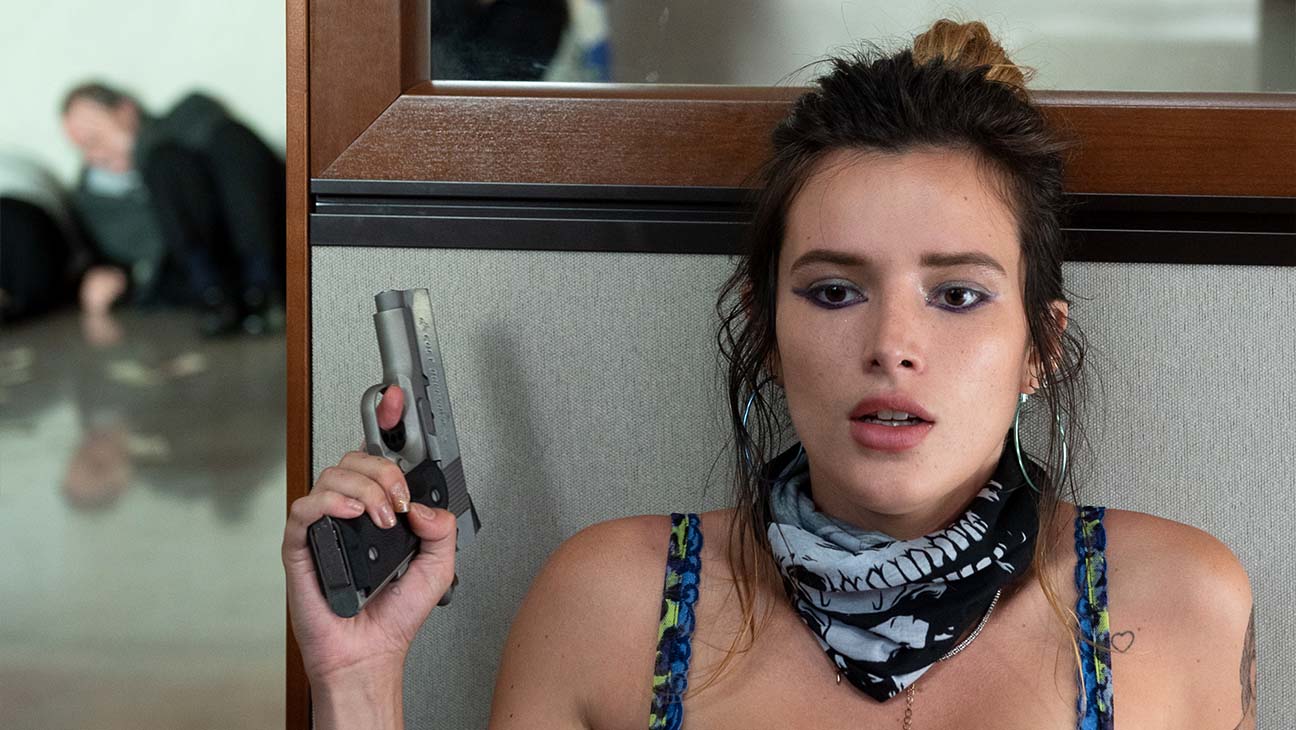 Arielle is really a one-trick pony, after a certain point. Once they get on the road, it’s all “I need more likes.” I’m not sure if Joshua Caldwell (who directed and wrote the movie) thought this angle was enough to justify adapting the Bonnie and Clyde narrative, but it’s not. And without an original approach to the old story, “Infamous” quickly begins to feel derivative. Robbing gas stations, seeing FBI Most Wanted posters of themselves, weaseling their way through police checkpoints…we’ve seen all that before. After last year’s “Queen & Slim” took a timely and novel approach to telling this story, “Infamous” feels like two steps back. But being unoriginal isn’t the only thing that kept the “Infamous” script from being good. Its main characters never really get to know each other, and therefore, neither do we. They talk only about what’s happening to them in the moment and only seldom about what their future looks like (it looks bleak). Mostly, the movie is boring. Without a reason to care, or a new perspective that would upend our expectations, we’re stuck watching two young criminals evade capture until, inevitably, their fate catches up to them. I will say—and I’m sure this won’t make me any fans—I don’t hate Bella Thorne. I don’t hate her in general and I don’t hate her in this role. The role, as I said before, is not good. There is nothing inherently interesting about Arielle. Thorne, I suppose, doesn’t have the talent to overcome those odds and make her character compelling anyway. Maybe that makes her a bad choice for the role. But I don’t blame her for that failure as much as I blame the script. The character of Dean, frankly, looks like Bella Thorne’s real-life type. Like a Post Malone wannabe with a rat tail. Dean is there to play Arielle’s lover and frequent foil. Their squabbles don’t contribute to the story, but they do add some noise to the otherwise tedious narrative. But I have no opinion about Jake Manley as an actor. I don’t know what more he could do with his poorly written character.

I would have never let “Infamous” get past the script phase. It doesn’t have anything we haven’t seen before. Maybe if it had found a compelling way to integrate social media into the Bonnie and Clyde story in a way that hasn’t been attempted before, I could get past its flaws. But that never happened.