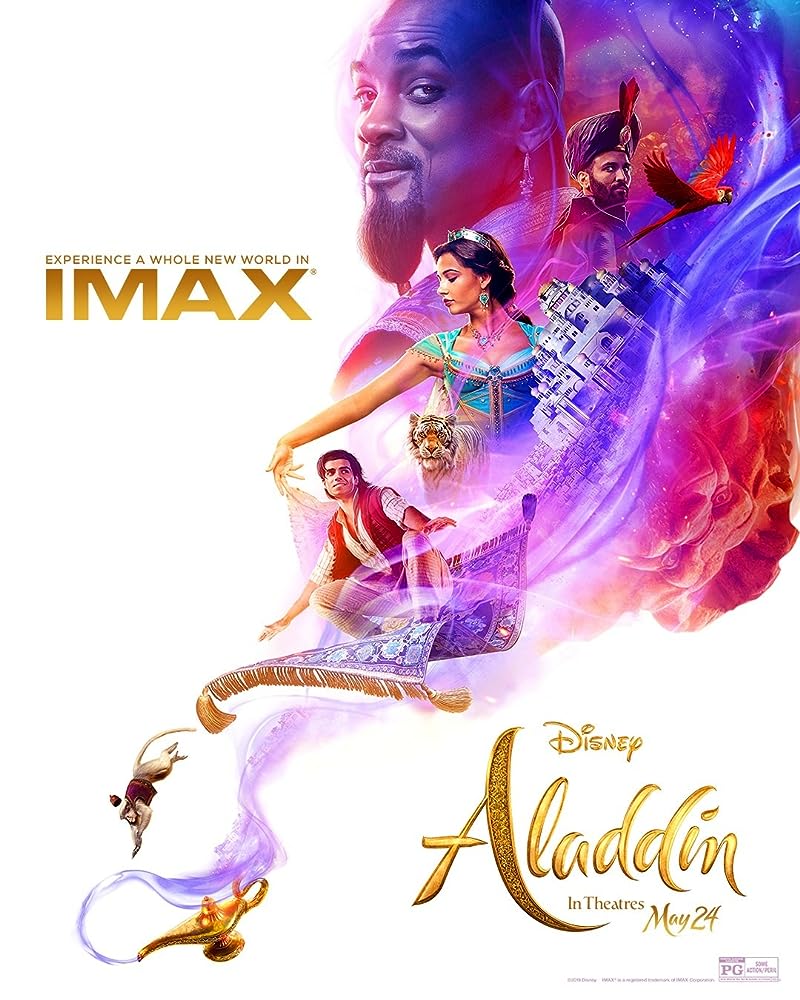 Will Smith’s blue Genie is just as uncomfortable to look at as you feared he would be, but now that that’s out of the way can we talk about what didn’t suck?? Like not-blue Genie, for instance—who features probably half the time or more (writer/director Guy Ritchie probably realized audiences would prefer Genie’s human form). Also, Will Smith’s updated takes on the 1992 animated classic’s songs are an ear-catching mix of Arabic and hip-hop. More like “Fresh Prince Ali.” Ha. But this isn’t Genie’s movie, and the street rat in the title role is also great. Mena Massoud is 27 years old, and there are no attempts made to make him seem younger. He’s a classic bad boy type. Massoud falls flat during Aladdin’s few emotional scenes, but otherwise I have no complaints. By the way, I’m skipping the plot synopsis because if you’ve seen the animated original, you don’t really need it. Ritchie and cowriter John August (a four-time Tim Burton collaborator) pulled the pivotal scenes from 1992’s “Aladdin” and added some depth. I think it allows audiences to better connect with the characters and spend some more time with them. It makes this elaborate scheme to trick a beautiful princess into falling in love not quite as creepy as it could appear on paper. It feels like it’s meant for a more mature audience. Production designer Gemma Jackson (“Game of Thrones” seasons 1-3) brings Agrabah to life with gorgeous set pieces inspired by Morocco, India, and Iran, but built on an enormous soundstage in England. You’d never know. On tapestries, flowers, and buildings, the city is awash with vibrant colors. And then costume designer Michael Wilkinson (“American Hustle”)—battling angry trolls online who apparently thought Jasmine should wear the same turquoise outfit the whole movie—made the city’s people feel like they come from everywhere and nowhere. It’s hard to put your finger on what this place looks like, but you know it looks like “Aladdin.” There’s not a scene in the whole movie where your eyes aren’t treated to something wonderful. I have to get back to Genie, though, because I haven’t talked about the dancing. “Aladdin” utilizes its music better than probably any of the Disney live-action remakes to this point (knowing that “The Lion King” has the potential to top this in a few months). A new song, “Speechless,” is well-written and probably the most vocally impressive, but it is an outlier. It doesn’t have the same sound as the others, but this Jasmine (played by Naomi Scott) can belt. She can make a strong (if brief) political statement, too. Ritchie gave her the movie’s most powerful line—about how loyalty shouldn’t stop someone from objecting to another’s misdeeds, even if it’s the man they most want approval from. 2019’s updated “Aladdin” changes just enough that it justified being made in the first place.