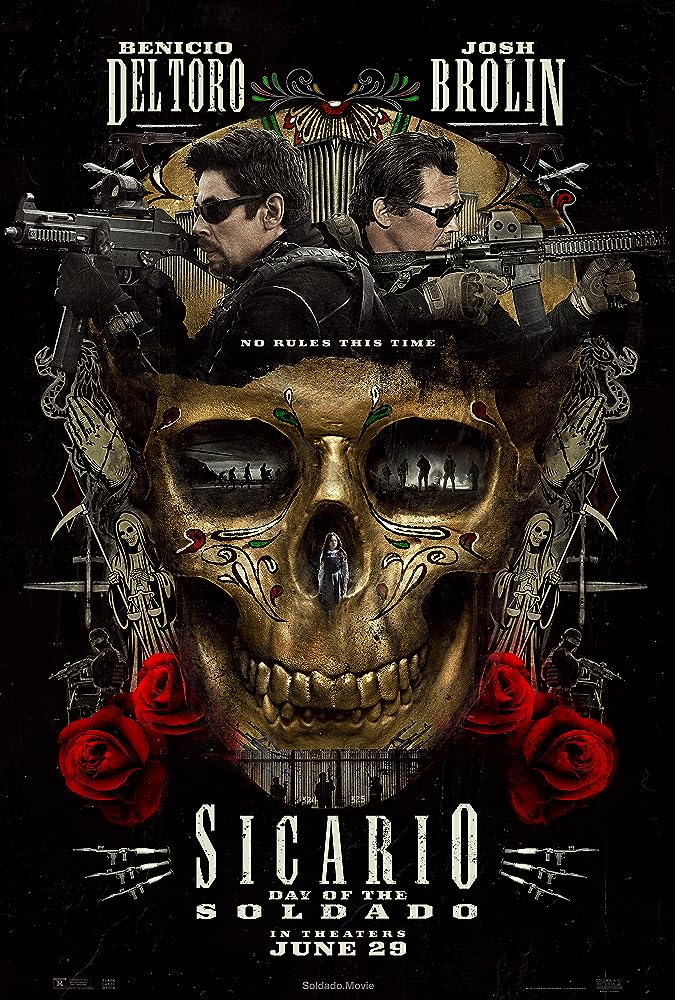 Whenever a sequel fails to live up to its franchise predecessor, it’s disappointing. But when it has to live up to a movie like “Sicario,” you forgive it for not reaching the high bar. “Soldado” was always bound to be a disappointment. To create a “Sicario” sequel without star Emily Blunt, director Denis Villenueve, cinematographer Roger Deakins (now, finally, an Oscar winner for “Blade Runner 2049”), and composer Johann Johannsson (who passed away in February, but wasn’t set to compose this score anyway) was to doom “Soldado” from the onset. But “Soldado” (now under the direction of little-known Italian director Stefano Sollima) still has plenty of tense drama and exciting thrills to keep any action fan intrigued. It’s certainly no “Sicario,” but under the thoughtful pen of returning writer Taylor Sheridan, “Soldado” is still better than most of its peers in the genre.

After the U.S. government deems the Reyes cartel a terrorist organization, special operative Matt Graves (Josh Brolin) and his off-the-books friend Alejandro (Benicio del Toro) have even more freedom to take them down, this time by starting a war between rival cartels. But their plan to kidnap Reyes’s daughter (Isabela Moner) doesn’t go as planned when they try to return her in hostile territory.

“Sicario” felt fresh—aerial cinematography, bilingualism, interweaving stories, and tense standoffs that didn’t feel as benign as a simple action movie, but not quite as overdone as a war movie…it was somewhere in between. “Soldado” has all that, too, but now it just feels like they’re tracing. They take a good thing and try to re-do it, without as much success. Here, the action is more calloused, more sinister, as if the violence is just there for the sake of violence. It’s overly sensational at times. But other times, it finds just the right balance. One scene with an envoy under attack is one of the year’s best action sequences.

After leading my personal ballot for Best Supporting Oscar in 2015, Benicio del Toro here seems to be in franchise mode. He revels in the sequel’s added intensity, even if it doesn’t give him the meaty scenes he had in “Sicario.” Brolin stays true to his character, but he isn’t given anything to work with. He takes a backseat to del Toro. “Soldado” isn’t the year’s best movie, nor does it compare to “Sicario,” but few action movies this year have reached the level that it does. For an action-packed summer escape (I say that loosely, since its timely themes may seem simply an extension of what you watch on the news everyday), “Soldado” may be tough to beat.