In 1987, an action movie with special effects way too ridiculous to be from the late ’80s released in theaters, and it was awesome. And it still is awesome.

A cop killer (Kurtwood Smith) and his gang are on the loose in crime-riddled “Old Detroit,” the yet-to-be-gentrified dystopian part of the city. When Murphy (Peter Weller), an ambitious cop, is killed after being tortured by the gang, he becomes the earliest working prototype of RoboCop, one executive’s solution for rampant crime. But when RoboCop sees his old partner (Nancy Allen) and begins to remember his old life, he determines to find and kill the man who brought his old life to a bloody end. 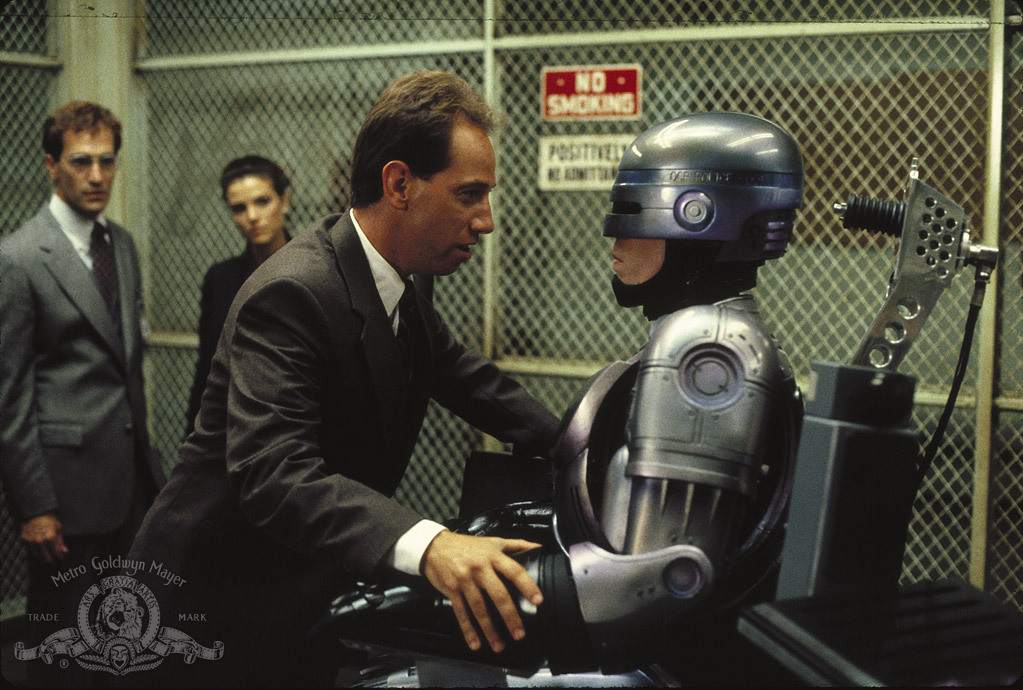 Directed by German-born auteur Paul Verhoeven (“Basic Instinct,” “True Lies”) and written by a pair of men who have, in the years since 1987, only worked on RoboCop content (the original trilogy, the video games, the 2014 remake, and “RoboDoc,” a making-of documentary), “RoboCop” was a labor of love—like most B-movies tend to B. That explains the film’s relatively low-budget look—seriously, the effects are hilariously prehistoric looking, as if Méliès himself was in charge of production. Any remake that uses CGI doesn’t understand the point. It’s not “RoboCop” unless it looks like this. That’s the beauty of it. It’s a futuristic sci-fi gore fest, full of everything you wish for in an action movie. The carelessness with which they treat bloody violence, the dialogue so corny it sounds intentional—it’s what makes “RoboCop” one of the best action movies of all time. And the cast is all in on it. Peter Weller’s jawline make for the perfect blend of human and robot—or is he technically a cyborg? Oh well. Kurtwood Smith, best known for playing Red Forman on eight seasons of “That ’70s Show,” is deliciously villainous as cop killer Clarence Boddicker—it’s the role he should be remembered for. Sometimes we all need to see a guilty-pleasure level of gratuitous gore and hear some cussing. Even thirty-plus years later, we still need “RoboCop.”