The first thing you see is an obituary. Ellen Leigh, the matriarch of a stoic family living in the Pacific Northwest, has passed away. She is survived by her daughter Annie (Toni Collette), an artist who creates miniature models, and her grandchildren Peter and Charlie (Alex Wolff and Milly Shapiro). Her daughter’s husband Steve (Gabriel Byrne), the kids’ dad, is still in the picture…but he’s an outlier—in a family fraught with mental illness (dissociative identity disorder, schizophrenia, undiagnosed mania), he has a shockingly level head. When Annie begins to dig into her mother’s past, she uncovers secrets that she and her family would’ve been better off never knowing.

From start to finish, “Hereditary” continually one-ups itself in scenes of outrageously creepy terror—right up until its freaky crescendo. There’s no real way to describe the tenseness I felt in the theater, nor the tenseness I still feel as I write this. It’s like a physical embodiment of the film’s horror decided to give me a deep tissue massage I never asked for. But “Hereditary” takes a while to pick up speed, or even to know what sort of conclusion it would be speeding toward. I’m not sure if the film’s eventual terrifying finale was because of, or despite, its slow first 45 minutes. But once the family’s creaky home (filled with doll houses and tiny versions of family members and friends—Annie works from home) gets a supernatural make-under, “Hereditary” begins a non-stop roller coaster ride toward its end.

The house, a beautiful log cabin-type structure with an open floor plan, is as much a character as any of the humans. “Hereditary” is not simply a haunted house movie, not by any means, but it does share certain elements with that horror sub-genre. And one of them is the importance of the house itself. But of course, the people who fill the house are responsible for realistically conveying the horror we’re meant to feel. And this cast accomplishes its task. Toni Collette gives the year’s best acting performance, at least through May. She is marvelous as the frantically desperate mother. Annie’s backstory is rich (and super f*cked up), and Collette gives credence to all of the crazy things we’re told about her character. Collette is also responsible for much of the film’s dark humor, which serves to lighten the mood but never distracts you enough to give you a moment’s rest from the dread. Gabriel Byrne is her polar opposite, but also her perfect complement. As a fellow visitor to Annie’s grief counseling group sessions, Ann Dowd gives what might be the film’s most important performance. She’s superb. And in her first feature film role, Milly Shapiro is the perfect casting choice to play the misguided 13-year-old Charlie. 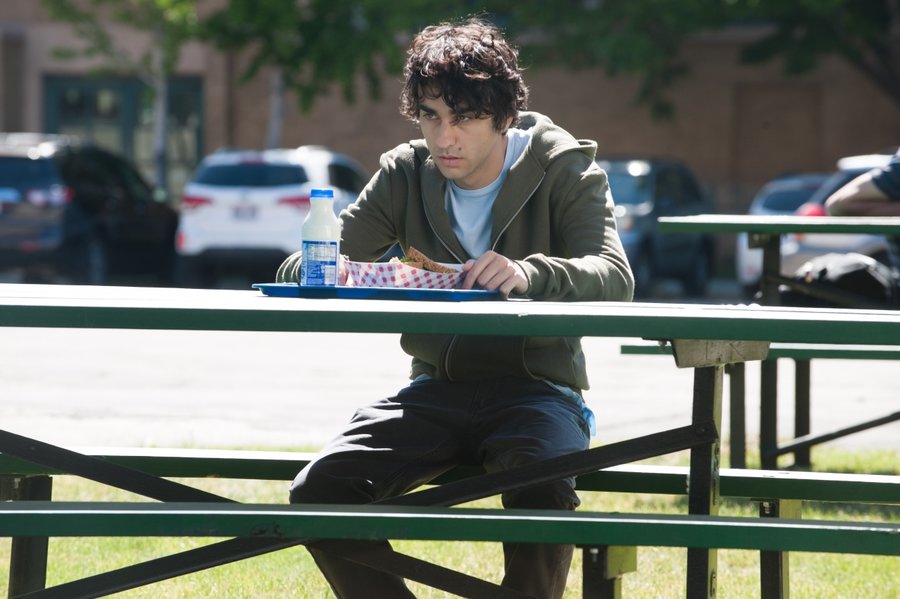 One critic called “Hereditary” the “Exorcist” of the new millennium. I don’t disagree. It masterfully controls the audience’s emotions, and never allows them to let go…even after the movie ends. It’s deeply affecting in ways most horror movies (and there is no shortage of them nowadays) couldn’t even dream about.