Ghidorah is my least favorite of Godzilla’s rivals, because of its asymmetry (three heads and two tails? yeesh) and the messy way he looks when he moves (it takes a team of people and several wires to make him move, and you can tell). It’s a shame, then, that Ghidorah appears so frequently throughout the franchise. In the Showa era, we only got four Ghirodah-less movies before he first appeared in “Ghidorah, the Three-Headed Monster.” In the Heisei era, he shows up three movies in. Director Kazuki Ōmori returned to direct “Godzilla vs. King Ghidorah,” after the entertaining but commercial unsuccessful “Godzilla vs. Biollante.” Producers blamed the failure of “Biollante” on “Back to the Future Part II,” which released just a week earlier in Japan. Therefore, they decided to utilize a time travel plot for the next film, “Godzilla vs. King Ghidorah.” While the film brought in more money than its immediate predecessor, it was not as well-received by critics and even stirred up some controversy. 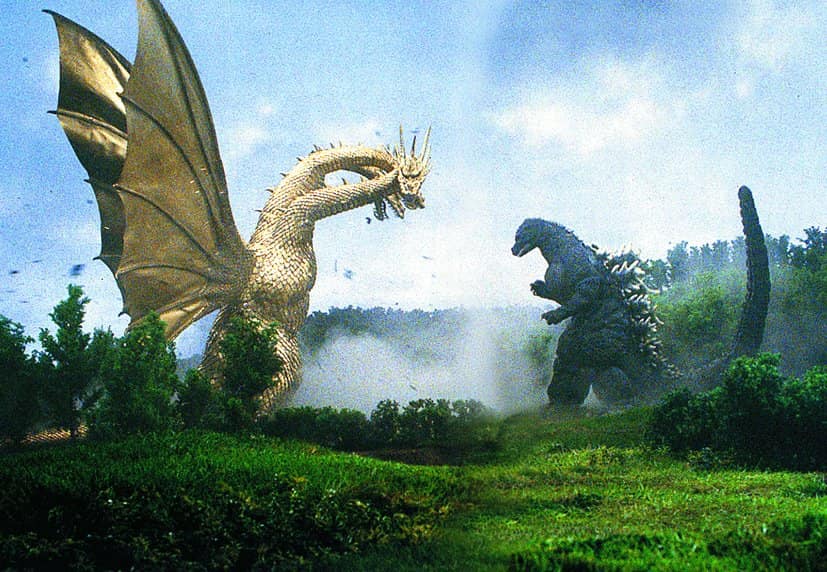 When time travelers from the 23rd century come back to warn 1992 Japan of a Godzilla attack that will all but wipe their country off the map, they also offer a solution: to go back to 1944, when a dinosaur is spotted during a WWII battle (crushing American soldiers and leaving Japanese fighters alone…which was the cause of the aforementioned controversy), and teleport the dinosaur to a location where it will not go on to become Godzilla. Scientists theorize that nuclear bombings turned that very same dinosaur into the angry and powerful monster, but perhaps moving it before its exposure to radiation would prevent this evolution. However, the Futurians, as they’re called, have ulterior motives. When they go back in time, they also alter the future to include King Ghidorah, an all-powerful monster the Futurians will someday use to conquer the world. 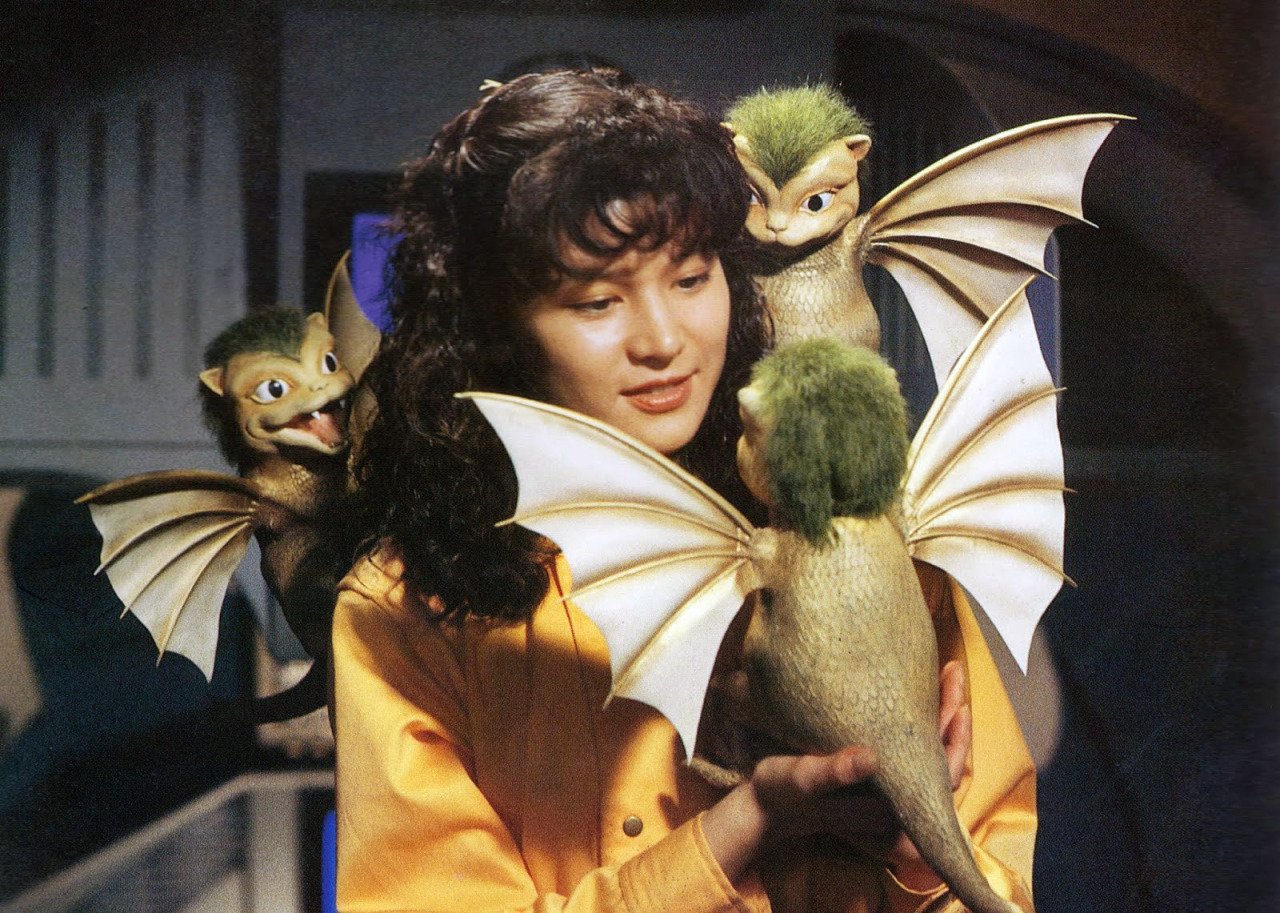 If you’re thinking, “This sounds a lot more complicated than ‘Back to the Future,’” I would agree. While using time travel is a new twist for a franchise known for all manner of wacky things, I’m not sure Ōmori (director and sole screenwriter) finessed his script to the point where it made total sense. There are loose threads here, and it makes for a messy movie. And while the villains are clear and compelling characters, the protagonists are less interesting. I was only engaged when the bad guys were on the screen. Overall, the screenplay left me with a sour taste in my mouth. 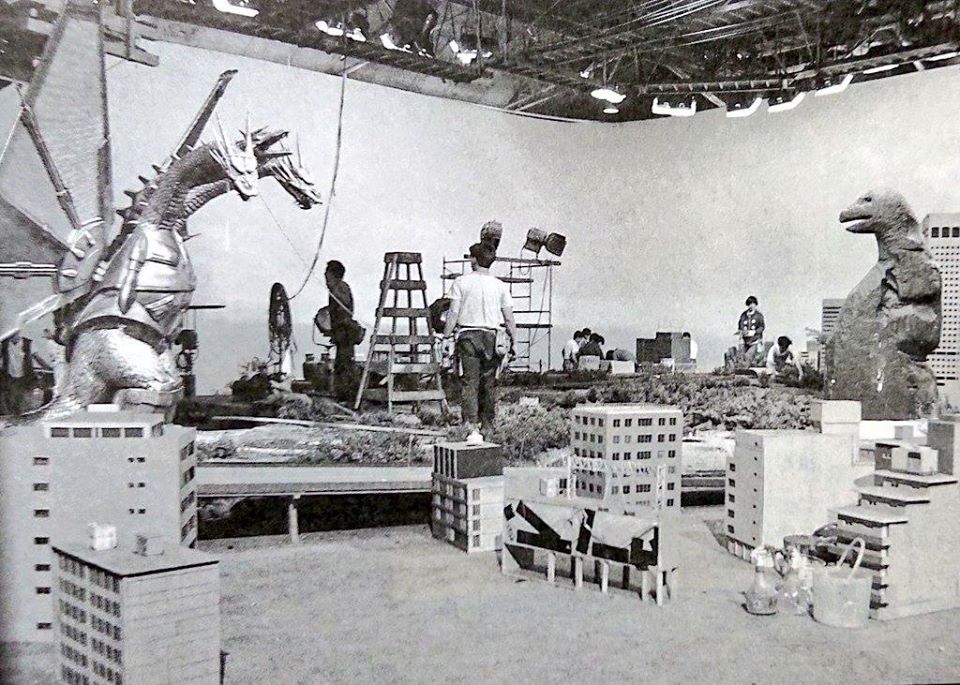 In a better Godzilla movie, I would at least have one or two great monster melees to look forward to. But because Ghidorah is so difficult to manuever, his fights with Godzilla are always overly chaotic. In this movie, maybe more than most, I was left dizzy by the several wings, tails, heads, and limbs of Ghidorah flailing about during battle. It’s not a pretty sight. What did work well was Ghidorah’s solo destruction of a city. For the first time, I think, footage from the real-life city was overlaid on scenes of Ghidorah destroying a model. The effect it had—showing real-life buildings at the same time we see fake ones exploding—was pretty marvelous, and a huge step forward. But overall, “Godzilla vs. King Ghidorah” shows the Heisei era taking a step back. Does it spell doom for the “Godzilla” franchise in the 1990s, or can the rest of the Heisei-era films continue the progress the franchise made with “Godzilla vs. Biollante”?