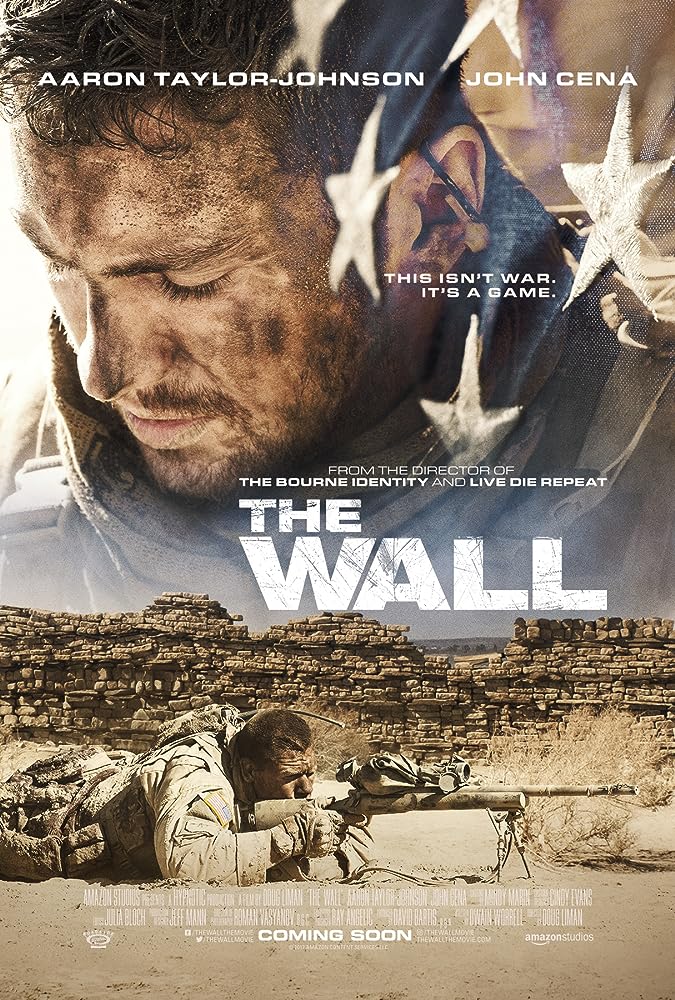 By largely avoiding political posturing and, well, plot, “The Wall” allows its audience to enjoy what it came for—a Mexican standoff, near the end of the Iraq War, between a notorious Iraqi sniper and a couple of American servicemen (John Cena and Aaron Taylor-Johnson) on a rescue mission. Too often, war films like this try to make you think about the nature of war or consider the other side…“The Wall” hints at it, but largely stays away from that kind of phony distraction. For the most part, this good vs. evil story doesn’t try to trick you into thinking good might be evil and vice-versa. It just lets you enjoy the show.

Cena is an entertainer, and while he looks the part here, some of his lines are rigid and stiff, like his abs. Taylor-Johnson is a consummate professional, however. While his inexplicable Golden Globe win last year was definitely a fluke, there’s no doubting his deservingness of some recognition for his flexibility and commitment to character. And he’s only gotten consistently better since his subpar performances in “Godzilla” and “Avengers: Age of Ultron.”  “The Wall,” Taylor-Johnson plays a troubled, injured soldier trying to fight off infection, starvation, and dehydration-related hallucination while struggling to use his wits to pin this sniper’s position down. In this cat-and-mouse game, he’s certainly the mouse.

“The Wall” follows the path trod by movies like “Phonebooth,” “Die Hard: With a Vengeance,” and “Grand Piano” before it (a few examples among many). The longer we hear the villain without seeing him, the more enigmatic and frightening he becomes. While it’s not totally original, it’s definitely not predictable. As time drags on (and while it’s only 90 minutes long, “The Wall” does feel much longer), you’ll start to question what you would do in the situation. That’s the real hook of a movie like this. It’s escapist, but not so far from reality that you don’t spend the whole time thinking through the situation as if you were in their position. That’s where the real excitement comes from—your imagination. “The Wall” is not going to blow anyone away, but if you, like me, have been uninspired by the theatrical releases lately, and just needed something to remind you why you go to the movies, you could do worse.

2 thoughts on “‘The Wall’ isn’t necessary, but it’s not bad either”