Yo, you must be here to read my review of Rocky. Well the flick wasn’t exactly a knockout, but it definitely stayed above the belt, you know what I mean? Okay, I promise, no more talking like Rocky. Written by the man himself, Sylvester Stallone (who also wrote the rest of the Rocky films, the Rambo films, Cliffhanger, and The Expendables, among others), the 1976 Best Picture winner (giving the ol’ right hook to All the President’s Men and Taxi Driver) is directed by John G. Avildsen (Karate Kid, Rockys II–V).

Plain old nobody Rocky Balboa (Stallone), an average club boxer, is leading a life to nowhere. He lives alone in a ratty apartment with a burned mattress, his only true friends are his two pet turtles, and he fights in clubs for money like an old, tired pit bull. Rocky gets the shot of his life when champion of the world Apollo Creed (Carl Weathers) hand-picks him to fight for the title, due to the fact that the real contender dropped out on short notice. The average Philadelphia boy, who also recently acquired a girlfriend, Adrian (a great Talia Shire), has to train in order to hold his own. Will he come out on top and be the true underdog of film lore? Will his relationship survive his rough training regimen? Will his body? 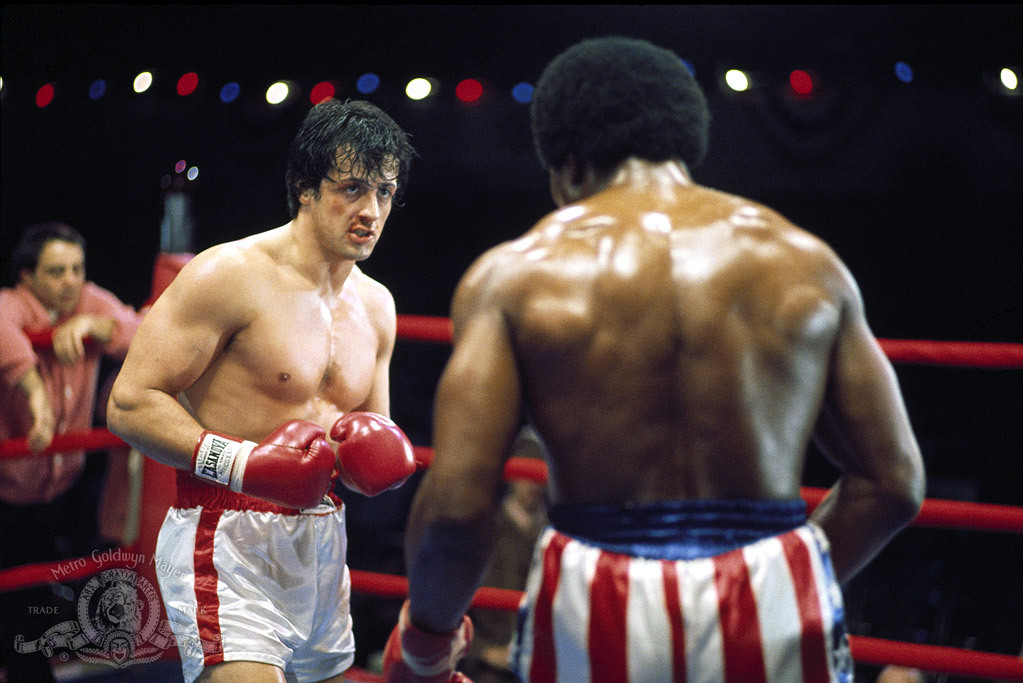 While Rocky may be a sad foreshadowing of what a history of concussions can do to a man’s brain, Sylvester Stallone owns his character’s dim intelligence perfectly. In the same way that Tom Hanks will forever be Forrest Gump in my eyes, Sly Stallone will forever be ingrained in America’s collective conscience as Rocky Balboa. Drinking raw meat and punching raw eggs…I may have that backward…makes Stallone the ultimate beef-head, perfect for the role. The role—let me remind you—that he created, wrote, and made his own…literally. So while he probably deserved his Best Actor Oscar nomination (The Academy loves the under-dog and loves patriotism even more), he wrote this part for himself, making it an easier role to pull off. He knew he could do everything he wrote himself to do, but I guess it doesn’t take away from the fact that he is brilliant, acting the most emotionally driven and memorable (maybe because its re-lived 5 times) role he’s ever had. But when Rocky gets profound and melancholy, Stallone’s huge muscles tense and he buckles. He can yell, he can hit, he can even pull off real chemistry with his nerdy girlfriend, but when he tries to get deep, he fails. 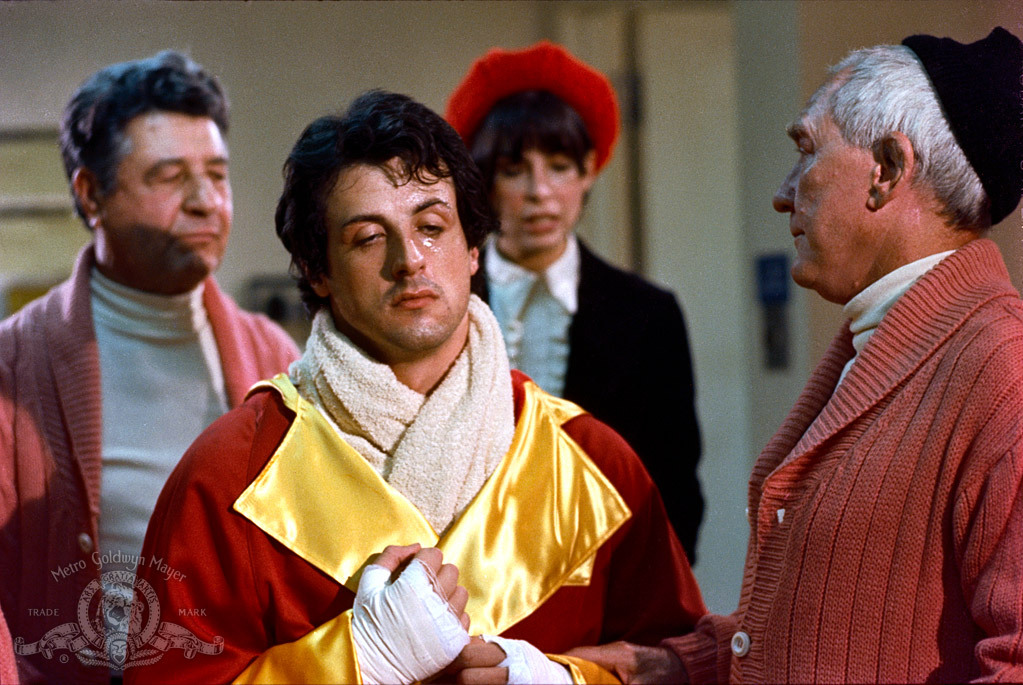 And the groovy, jazzy, funky score, written by Bill Conti, will forever be his theme. Jay-Z doesn’t make pump-you-up training music, this Rhode Island-born composer does. The theme, “Gonna Fly Now,” even peaked at number 1 on the U.S. charts in July 1977.

Technically, the crew does a great job of utilizing different angles, making the fight scenes realistic and creating the necessary energy and electricity in the championship bout. However, those phony glove-to-flesh hitting noises you see in most boxing movies would have been a welcome replacement to Rocky’s fake tennis grunts that came whenever Rocky or Apollo threw a fist. I may just be getting picky, though.

The judges’ decision on Rocky? Not a total KO, but definitely worth seeing.

2 thoughts on “‘Rocky’ is a knock-out punch”