“My entire life has been misunderstood,” says Tommy Lee Jones as the best baseball player of all time, Ty Cobb. In this 1994 story of friendship and honesty, biographer Al Stump (played only adequately by Robert Wuhl) is called to interview the great, but wildly misread, Georgia Peach. What he discovers is a dark, never-before-unearthed past, but one that Cobb prefers to keep secret. As a biographer, Stump is fought between telling the miraculous story of Cobb’s life or printing only the boring aspects that Cobb wants to share. On top of this mountainous task, Stump must also care for the ill Cobb, describing his journey as one “from biographer to stenographer to chauffeur to nurse.” Stump is there to feed Cobb the many medicines that keep him alive through every infirmity.

Academy Award winner Tommy Lee Jones shines as a sick, old Ty Cobb. Playing the withering Georgia Peach got him no award nominations—in fact this movie got no nominations of any sort—but he deserved all the credit in the world for almost perfecting this role. Jones played an ill Cobb flawlessly, making every cough and every stumble realistic. Whether rage or embarrassment, Jones captures each emotion with supremacy. Outshone in every scene was Robert Wuhl, probably best known for his roles in Good Morning, Vietnam and Batman. Wuhl played Al Stump, the biographer in this true story. While he wore his emotions well, Wuhl lacked the obvious emotion that Jones captured in his role. It may be worth mentioning that Wuhl also starred in another baseball movie directed by Ron Shelton, Bull Durham, which could have been part (if not all) of the reason he snagged such a large role in this film. 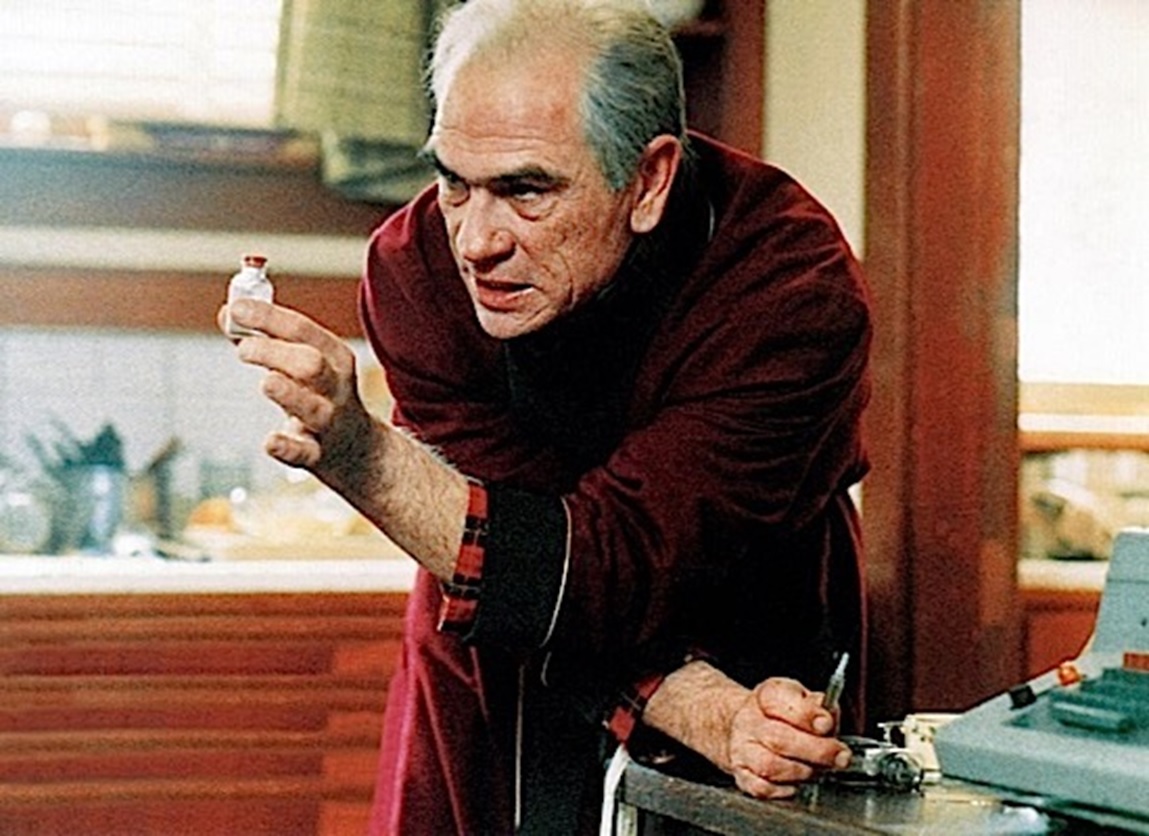 Cinematography also excelled in parts of this film. When we first see Cobb in his old age and disability, his trusty old steed, an aging dog, is at his side. Once Stump walks in, Cobb shoves the dog out of camera view, revealing a nightstand littered with medications and liquor. The camera work lets the audience find the drug-covered nightstand without showing it, and it makes the moment much more meaningful. In another scene, when Al finds out he does not have editorial privilege for his book, the camera focuses on Al’s changing expression (from a smirk to a frown of disbelief) and lets Cobb bellow a hearty laugh in the background.

In a film such as this, set in the 1960’s with flashbacks to the 20’s and 30’s, costume and set design are vital. In both cases, there is no disappointment in Cobb. Yellow stop signs and streets lined with era-appropriate cars put you right back in the past. When the two men visit Reno, strippers and cabaret singers dress in the fashion of the time. In one flashback to a ballgame in the 20’s, fans dress in their Sunday best, with fashionable hats and suits. The players wore uniforms similar to pictures and video of Babe Ruth, with great accuracy.

With cameos by pitching great Roger Clemens and singer Jimmy Buffet, this film had a fun time with casting. At one point, pitching to Cobb, Roger Clemens is on the verge of a pitcher/batter scuffle. I could not help but thinking if this was a precursor to the 2000 Subway Series incident with Mike Piazza. Clemens acts well for an athlete, and as a popular pitcher when this movie was shot it made for a fun moment. Jimmy Buffet, on the other hand, seems to be thrown into the movie rather randomly, as an armless guy getting beat up by Cobb. His part only lasts a few seconds, so I have to wonder whether Buffet has some connection to any of the writers or producers.

All in all, this movie combines great cinematography, acting, set and costume design, and casting to make a spectacular baseball film about a man many know too little about. A true story, this movie will shock you and inform you of a life worth recounting. You’ll laugh, you’ll cry, you’ll love this movie about the self-proclaimed greatest ballplayer there ever was.