I’ve seen more movies from the 2010s than any other decade in cinema history. Almost 1,500 of them (not counting short films), that released from 2010 through 2019. All that means is I’ve seen plenty of the decade’s best movies, most of its popular ones, definitely a few stinkers, and also some great movies that certainly haven’t been seen by most people. Here are some of my favorite hidden gems of the 2010s. 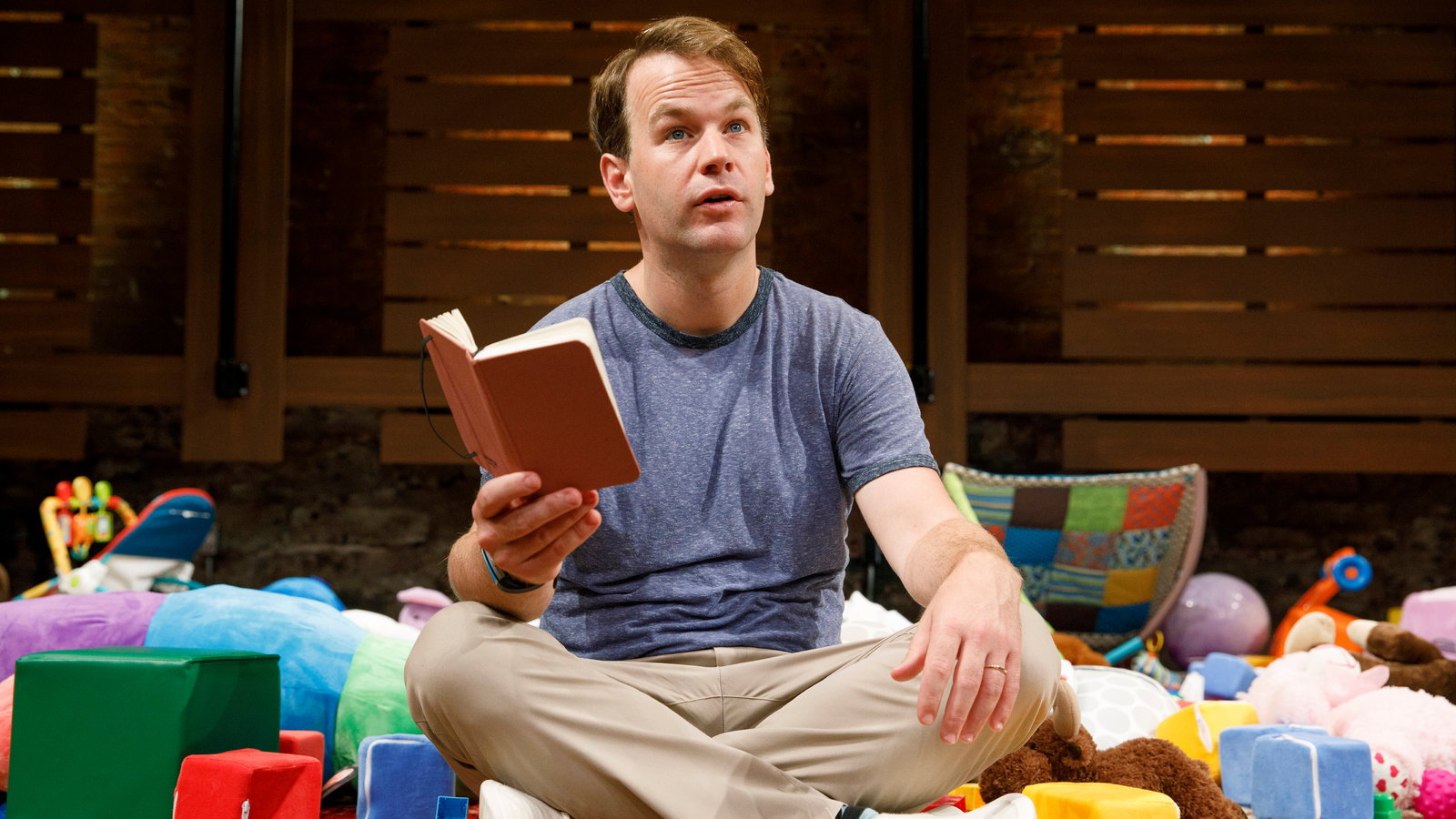 Mike Birbiglia’s 2019 comedy special didn’t get a release wider than Netflix. I wouldn’t have even considered adding it to a list of movies had it not been one of the best things from the 2010s I’ve seen. “The New One” is not even true stand-up comedy in many ways, but it’s one of the funniest and most thoughtful 85 minutes you’ll ever spend with a comedian. In it, Birbiglia tells of his journey into fatherhood—mining his postpartum depression for serious laughs and unexpected vulnerability. On Letterboxd, which I take very seriously, it’s the newest movie I’ve given a five-star rating. I’ve seen more than 300 new movies (from 2019-2022) since than, and none of them have gotten a full five stars. “The New One” is that good.

Here’s another not-technically-a-movie for you. In many ways, though, “Sherlock” is a whole series of movies. It’s one of the best shows ever made (sure, that’s a long list…but it’s on it), and for my money “The Sign of Three” is its best episode. On the occasion of John Watson’s (Martin Freeman) wedding, Sherlock Holmes (Benedict Cumberbatch) stands up to give a rambling best man speech. But while he talks in gruesome detail about past cases in an attempt to paint a thoughtful picture of his friend and partner, Sherlock realizes something he had missed while investigating a recent case. And not only that, but he begins to suspect that the still-at-large perpetrator of that crime may be in attendance at the wedding. So, of course, he has to figure it out…without tipping the suspect off. “The Sign of Three” has some of the sharpest writing in the series, and a terrific performance by Cumberbatch. Plus, it’s one of the only “Sherlock” episodes that really stands on its own. That’s a big plus in my book.

I personally know quite a few people who have seen this 2018 drama, but according to the Letterboxd numbers, it’s been criminally underseen. Actor Brady Corbet made his directorial debut in 2015, with the intense and effed-up “The Childhood of a Leader.” In 2018, he followed it up the only way he knew how: with a story about a girl surviving a tragedy and then growing up to be a calloused pop star. Raffey Cassidy gives a mesmerizing performance as Celeste, a student who is propelled to stardom after writing a song about a childhood trauma. She never asks to be famous, though, and it puts her out of her element. It changes the trajectory of her life. In the second half of the movie, Celeste is played by Natalie Portman (with Cassidy, as a fun bit of casting, playing her daughter). And in the last fifteen minutes, as narrator Willem Dafoe occasionally cuts in to answer any remaining unanswered questions, Portman performs a full 15-minute performance (lip-syncing songs she sung in a studio). The catchy pop songs, written by Sia, are just icing on the cake!

Denzel Washington doesn’t give bad performances. None that I can think of. In his Oscar-nominated role in “Roman J. Israel, Esq.,” Washington plays the title character, a quirky and idealistic lawyer who decides to use some confidential information to come into a great deal of money. He thinks nobody will find out, but one powerful and dangerous man does. This was writer/director Dan Gilroy’s follow-up to “Nightcrawler,” and while it’s not quite as intense as that popular thriller, “Roman J. Israel, Esq.” is a great movie about doing the right thing until you just can’t take it anymore.

Leap of Faith: William Friedkin on The Exorcist (2019)

There are making-of documentaries, and then there’s “Leap of Faith,” which was so insightful, it changed the way I thought about “The Exorcist.” I’ve always thought “The Exorcist” worked better as a movie than it did as a horror movie. While it may have been scary in its time, today some of the effects (like the pea soup vomit)  just don’t incite terror. But the movie is an intense drama, you must admit, whether or not it scares you. It’s well-written and tells a big story. It has a nearly perfect ending. “Leap of Faith” is a documentary that delves into “Exorcist” director William Friedkin’s mind. In there, you’ll find endless insights on filmmaking. It made me appreciate “The Exorcist” even more, knowing the thoughts that went behind each filmmaking decision.

I don’t consider myself a huge fan of anime. In the spring of 2019, I watched most of the Studio Ghibli movies, but that was mostly so I could say that I had. And I enjoyed some of them! “Porco Rosso” was my favorite, mainly because of Michael Keaton’s voice acting in the English dub. But if I’m being honest, “In This Corner of the World,” a 2016 offering from MAPPA (another Japanese animation studio that makes more television than film), was better than any Ghibli movie I’ve seen. Like some of Ghibli’s best movies, “In This Corner of the World” is a peek into Japan in the time of WWII and its aftermath. It follows a young woman, Suzu, an optimistic painter and wife whose husband is drafted into the Japanese Navy. While the heart-wrenching story is much like other anime movies I have seen, the animation in this one is what really sets it apart. Every frame is like a painting fit for a gallery. If you’ve only seen Ghibli anime, there’s no harm in giving this lesser-seem film a shot. 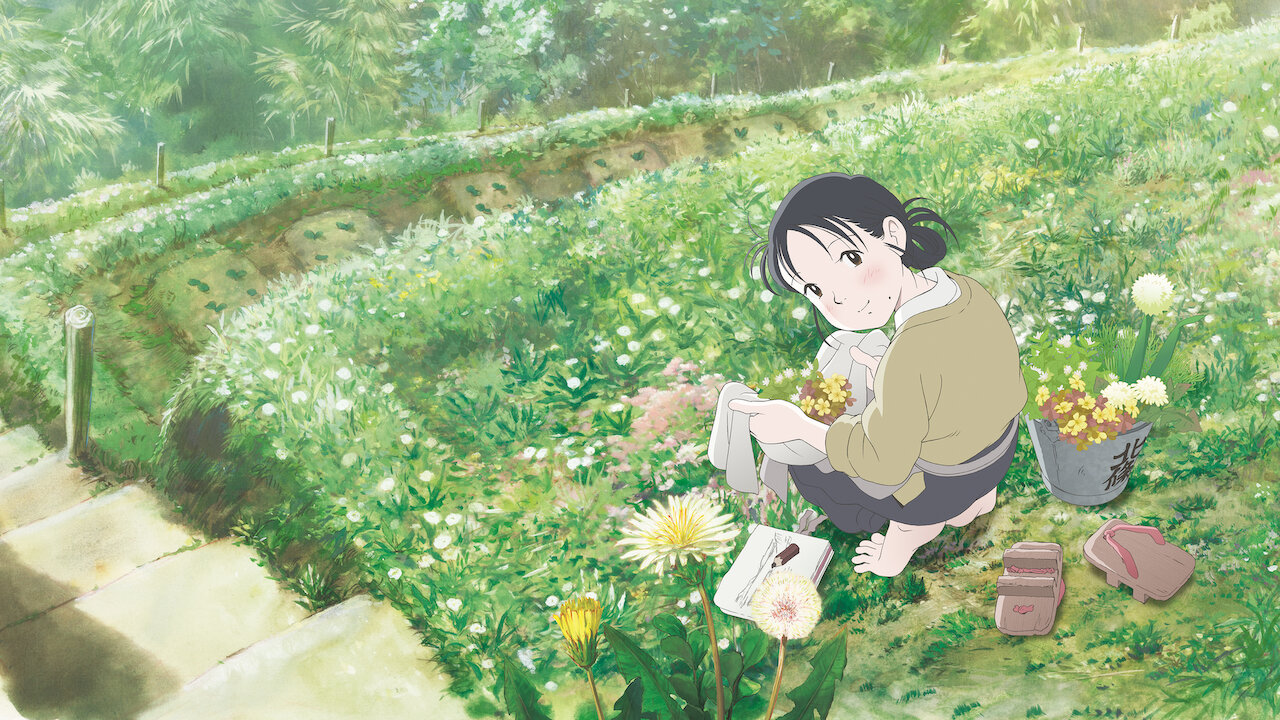