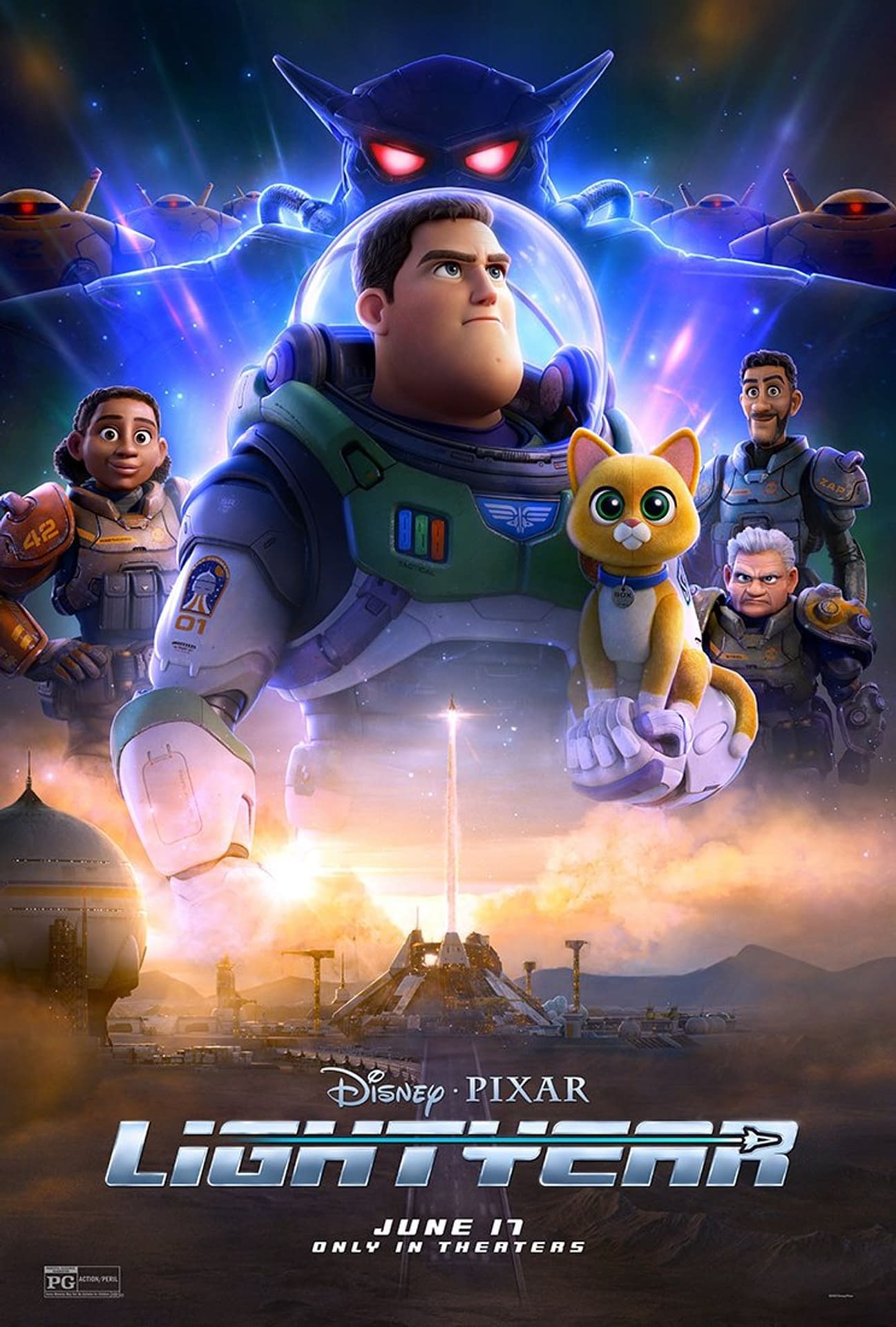 There’s a sad irony in a movie like “Lightyear”—with its repeated refrain of “to infinity and beyond”—being this boring and predictable. Pixar’s first of four post-COVID movies to get a theatrical release is also the one least worth the cost of admission.

In “Lightyear,” audiences are tossed into the middle of one of space ranger Buzz’s (Chris Evans) missions to find a habitable planet in a distant galaxy. When he lands on a cold, inhospitable rock filled with carnivorous vines and giant insects, Buzz knows he has to get himself and his ship full of rangers and scientists away as quickly as possible. When he fails to flee in time, he maroons them all there with little hope of ever being able to leave. But he remains determined to fix things. During an experiment with hyperspace fuel, he leaves the planet for only a few minutes…but when he comes back, years have passed. Now, the planet—which has been capably colonized by the scientists who were onboard the ship—is under attack by a spaceship full of robots who can only say one thing: “Zurg.” Buzz and a team of unexperienced interns (Keke Palmer, Taika Waititi, Dale Soules, and Peter Sohn as a robot cat companion named Sox) must team up to defeat the evil that threatens everyone on the planet.

A short message at the beginning of the movie informs audiences that “Lightyear” is the movie that inspired the line of Buzz Lightyear action figures and video games that we see in the “Toy Story” universe. And it actually makes sense, that a movie this cookie-cutter and passionless would inspire a popular line of toys and games. I mean, that’s usually how it goes. “Lightyear” is exactly the kind of self-obsessed and unnecessary movie Pixar doesn’t normally make. If even the crack team at Pixar can’t make a decent movie out of an idea, you know it’s a really bad idea. “Lightyear” is Pixar’s worst movie in more than a decade (when “Cars 2” set the bar extremely low).

Most of the time, “Lightyear” is just boring. I didn’t feel a connection to any of the main characters. The only emotionally accessible character isn’t part of the narrative for very long. Sox is fun, like so many animal sidekicks before him (Disney and Pixar have always appreciated the power of the comic relief). Maybe it’s because Buzz is a man of science, but Chris Evans gives him almost no emotional depth. Every conversation sounds like he’s just recording a mission log into a voice recorder. Evans’s voice is commanding, but cold. The rest of the characters are just there, going through the motions.

I would never root against Pixar, but I hope whatever money they make from “Lightyear” is put toward something more inspired next time.

One thought on “‘Lightyear’ stays well within the realm of finity”