Like the 1980s, the ’90s saw an increase in independent films (due to the rising availability and affordability of camcorders). It also saw a shift in how we were watching movies. In the 1980s, Americans began flocking to Blockbuster Video to rent VHS tapes to watch at home. In the 1990s, movies began being made with the knowledge that more people would see it on home video than in theaters. Scenes with dialogue began being filmed closer-up, for example, so people watching the movie on a smaller television screen could know who was talking. While indies were becoming popular, blockbusters continued to dominate the box office. Movies like “Jurassic Park,” “Titanic,” “Forrest Gump,” and “Star Wars: Episode I” were among the box office hits (not to mention some of my favorite movies). But you already know about those. At this point, we’re only twenty years removed from that decade. So let me try to highlight some movies that weren’t as big. 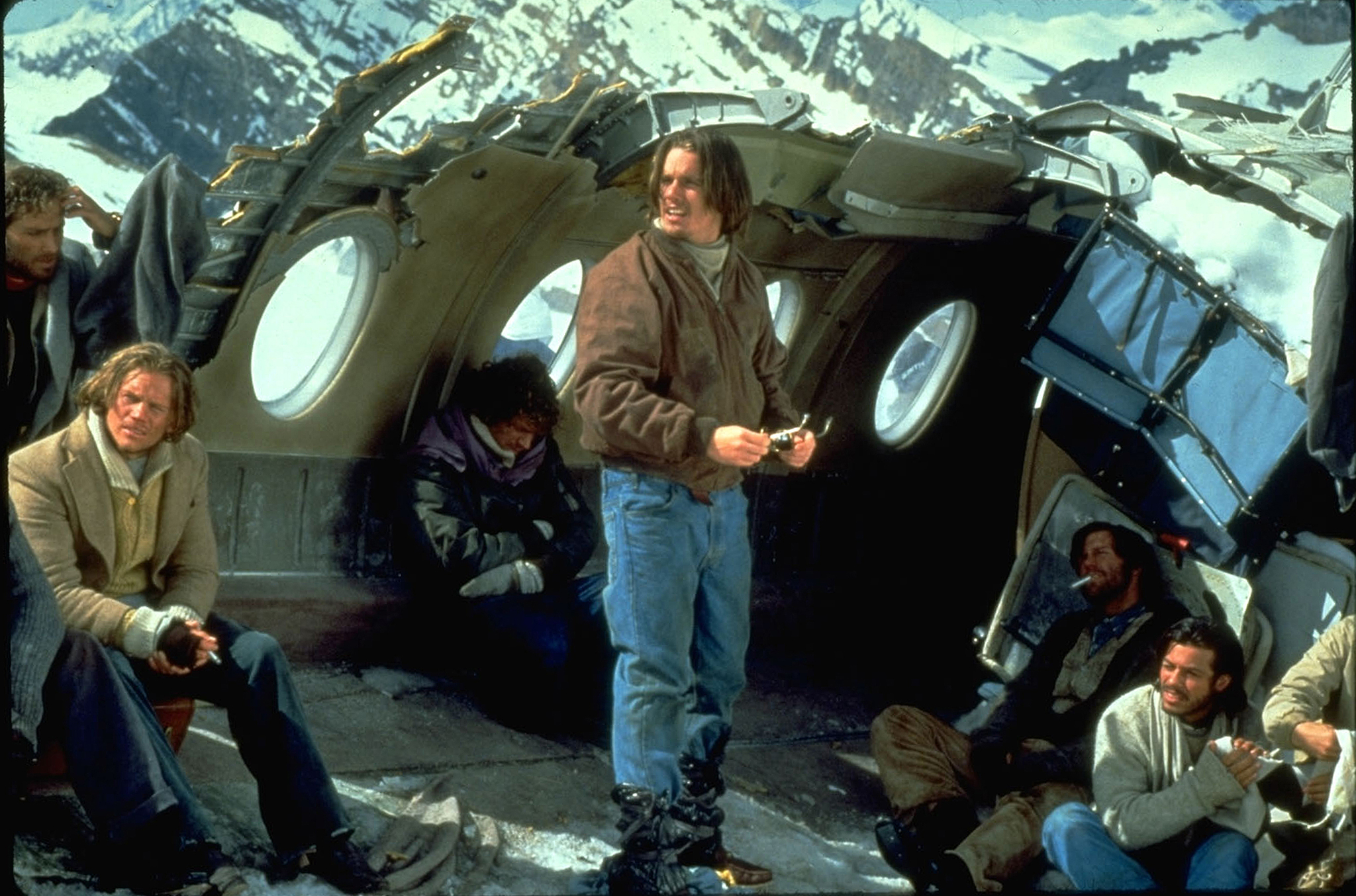 As far as survival movies go, few hit harder than 1993’s “Alive.” Based on the true story of a 1973 plane crash in the Andes Mountains, “Alive” follows the 33 survivors who had to fight the odds to overcome harsh conditions and attempt to find help. Many of the survivors were members of a Uruguayan rugby team—one qualm I had with the movie is casting white actors like Ethan Hawke and Josh Hamilton to play Uruguayan men. As dark as the movie can be, it somehow isn’t as disgusting as it could have been. “Alive” isn’t a gross-out movie. Its goal isn’t to terrify you. But I’ve always been a fan of movies that call on audiences to root for a real underdog. This one has you really hoping for the best.

I discovered “Dogfight,” directed by Nancy Savoca, while watching an episode of “Women Make Film” (a 14-hour documentary that TCM aired in several chapters in 2020). That series highlighted the work of dozens of female filmmakers, and pointed me toward many movies I hadn’t known about. “Dogfight” is about Eddie, a young Marine (played by River Phoenix) in 1963 who reluctantly agrees to participate in a “dogfight”—an insulting contest in which the winner is whoever finds the ugliest girl (as judged by the other Marines)—the night before departing for Asia. He finds a young waitress named Rose (Lili Taylor) who agrees to go back with him to the bar (under false pretenses, obviously). After Rose realizes the truth and runs out, Eddie follows, and the two spend the night wandering San Francisco and getting to know one another. “Dogfight” is a wonderful surprise of a movie, given the initial feelings you have about Eddie and his friends. It’s one of the closest things to “Before Sunrise” that isn’t part of that series of films (which would also be on this list, but I thought that franchise might be too well-known…if you haven’t, though, see all three of the “Before” movies ASAP).

“Die Hard” was one of the biggest movies of the 1980s, but its sequels were never quite as well-regarded. The third movie in the franchise, “Die Hard: With a Vengeance,” actually made more money than the original, but less than the sequel “Die Hard 2.” I imagine it was because “Die Harder” sucked, and audiences promptly gave up. But “Die Hard: With a Vengeance” teamed Bruce Willis up with Samuel L. Jackson, and pitted them against a terrorist threatening to blow up a New York City public school if the detective and his sidekick don’t solve a series of riddles. It makes for an exciting thriller that builds on the character of John McClane without copying “Die Hard” too directly (like the first sequel did). Plus, there’s a fun connection to the first movie that fans probably loved. Given the popularity of legacy sequels nowadays (like the new “Scream”), “Die Hard: With a Vengeance” might have been ahead of its time.

I’ve been a huge fan of director Darren Aronofsky’s first feature film right from the start, when I borrowed the VHS tape from my hometown library with no knowledge of what it was about. This was in the spring of 2010, when I was in high school and just starting to take movies seriously. “Pi” became one of the first movies to define my taste in film. I had enjoyed psychological thrillers before (including Aronofsky’s “Requiem for a Dream”), but “Pi” gave me a lot of what I grew to love in movies: a gritty film quality; no-name actors that gave the film a sense of anonymity; an upbeat and chaotic score; a character who is going insane; and an ending that would make most viewers sad. I also loved the feeling that I had discovered something, even though I was ten years late. I guess I’m a bit pretentious.

Fewer than 75,000 Letterboxd (follow me!) users have watched “Glengarry Glen Ross,” which is a bit surprising considering it was an Oscar nominee that boasts a famous cast of actors like Al Pacino and Alec Baldwin. I’ll admit, I was late to the party. But the 1992 film, based on David Mamet’s 1984 play about real estate salesmen fighting to not get fired, is a showcase in acting that might have been unmatched in all the 1990s. I don’t remember the last time I saw a movie with that many actors giving that many terrific performances. Pacino snagged an Oscar nomination, but Baldwin and Ed Harris could have gotten noms, too. But they all failed to reach the level of Jack Lemmon, the oldest cast member playing a character who is most likely to wind up jobless because of his age. He gives a career-best performance.

I waited until Halloween a couple years ago to finally watch the Japanese horror film “Ringu,” thoughts of which had haunted me for years. I assumed I would be terrified out of my mind. But I have to admit, I was more scared seeing “Scary Movie 3” (which mocked “The Ring,” the American remake of this movie) when I was a pre-teen than I was when I watched “Ringu” as an adult. Nevertheless, “Ringu” is still plenty scary. It’s rooted in real Japanese myths, which somehow works in its favor—I say that because whenever American horror movies are based on existing lore, they usually stink. “Ringu” also works well because at its core, it’s a 90s movie. As soon as the Internet took over, a story about a haunted video tape seemed laughably anachronistic. Even as soon as 1999, when Americans began seeing DVDs in stores, this movie would begin to feel outdated. But as a piece of ’90s film history, I can say it still holds up very well. 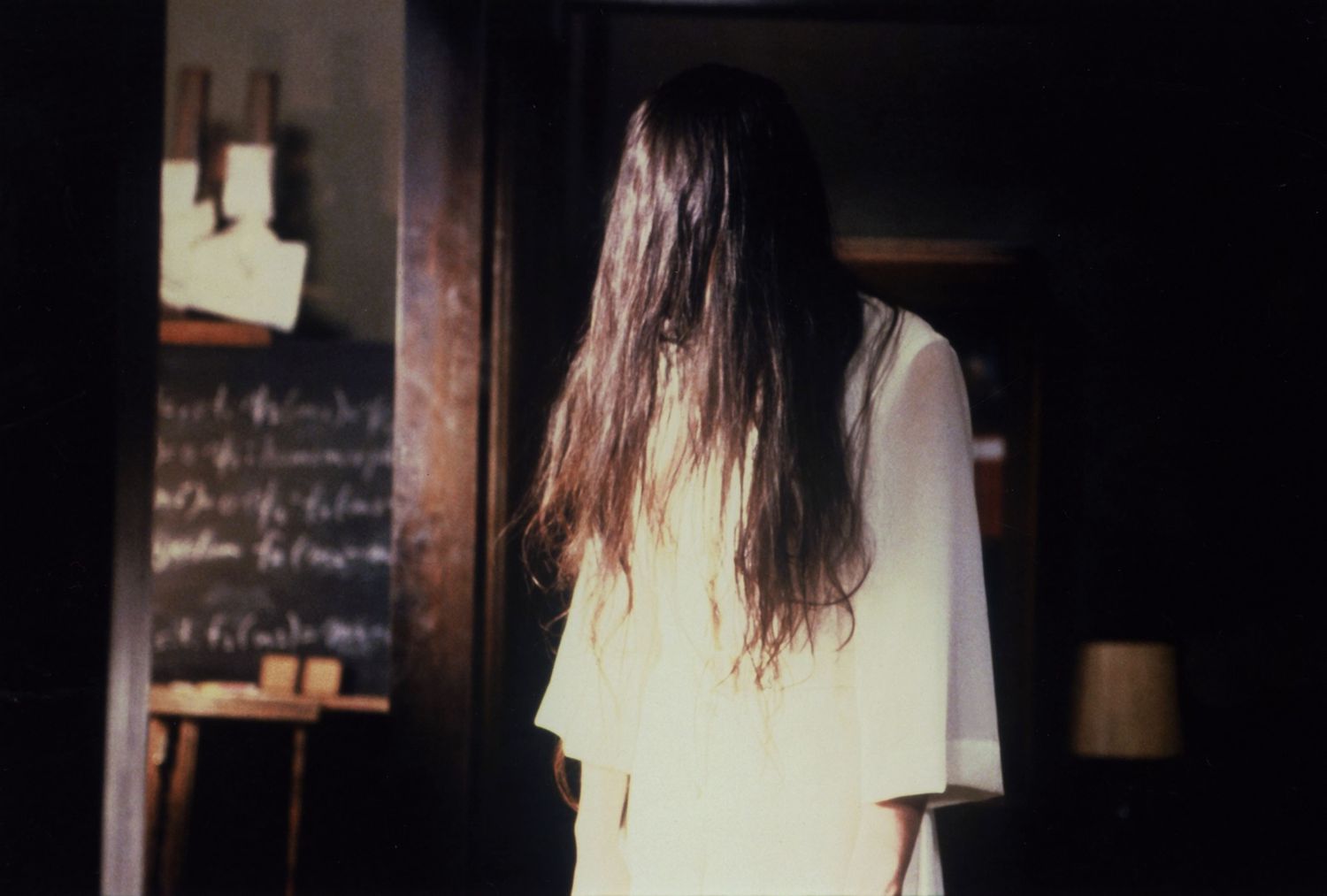