At the start of the 1970s, Americans were tired of Hollywood as usual. While teens continued to be a more important audience at movie theaters, Hollywood had yet to fully embrace them. Americans were just starting to get cable TV, which meant even more ways to be entertained without leaving the home. Hollywood needed a reset, and it got one. In the summer of 1975, a young director named Steven Spielberg—who had previously directed only one feature film—released “Jaws,” the first movie to surpass $100 million dollars in box office revenue. The blockbuster era in film had begun. Two years later, Spielberg’s pal George Lucas made his own blockbuster: “Star Wars,” the first movie to crack $200 million dollars in revenue. It was the only movie in the 1970s to reach that mark…we wouldn’t see that number again at the box office until its sequel (which actually didn’t do quite as well as the original). After a slump, Hollywood was more exciting than ever. People began chatting about upcoming movies more than at any time before. While the 1970s had their share of hugely successful and terrific movies (“The Godfather,” “Grease,” “One Flew Over the Cuckoo’s Nest,” “The Exorcist,” “Rocky”), it also saw some that didn’t break through in quite the same way. Here are my favorite movies that haven’t gotten their due. 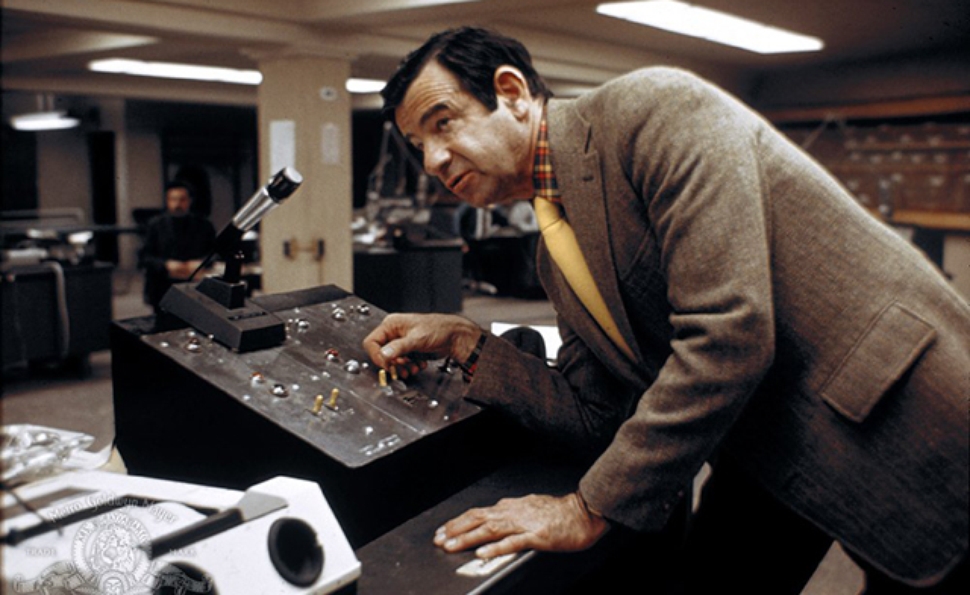 Okay, okay…”The Taking of Pelham One Two Three” was a successful movie that critics enjoyed. Maybe I was just late to the party. But how bummed I was when I saw the original version of this movie years after watching the lesser remake from 2009. Absolutely no disrespect to Denzel, who plays the good guy better than anyone in the world (and is also a pretty great bad guy), but the remake doesn’t hold a candle to this 1974 thriller. For one, after once only knowing Walter Matthau from “Bad News Bears” and “Grumpy Old Men” (and assuming he was always a crabby mess of a character), I finally began catching up on his fantastic filmography (including “The Odd Couple” and “Charade”) and realized I was comfortable calling him one of my favorite actors. The 1970s saw the morals loosened enough that movies like “Black Christmas” and “Texas Chainsaw Massacre” could be warmly received by enough people. It was that ability to make a movie that was sick and twisted that allowed movies like “The Taking of Pelham One Two Three” to be successful. Not that it’s as pervy as those other movies—not by a long shot—but people were able to accept violence more after Vietnam, it seems.

This animated French film had evaded me until recently, when I finally had the urge to let myself roll with whatever weirdness was about to come my way. The movie is about a humanoid race of blue aliens that enslaves a lesser race of smaller human-like creatures and treats them like we treat pets. This poetic allegory of a movie could be about slavery on Earth, or about animal rights, or both. Or maybe something else. All I know is I felt like it had something worthwhile to say, and so I listened.

Oscar-nominated Swedish director Lasse Hallstrom (“What’s Eating Gilbert Grape,” “Chocolat”) started his career directing episodes of Swedish TV, but quickly moved on to work with the band ABBA. He directed the music videos for most of their most famous songs, before conceiving the mockumentary “ABBA: The Movie” on a plane. The movie centers on an Australian radio DJ who is sent by his boss to secure an interview with ABBA while they’re touring the continent. When he fails to get backstage at their nearest show, he must follow them from Perth to Melbourne trying to get some sit-down time. While we see plenty of him, the other half of the movie is filled with scenes from inside the concerts he can’t get access to. ABBA plays songs from “ABBA: The Album,” which would release that same year. The movie has–rightly–become a sort of cult classic for fans of the band. It’s funny, positive, and full of great music. An absolutely delightful way to pass some time.

Yes, this was another box office success. But I suspect there are many people nowadays who watched “Rocky” and thought that was a good place to stop. As someone who loves the original and watched it many times before ever seeking out the sequels, I understand. But “Rocky II” and “Rocky III” are terrific contributions to the franchise that continue the themes from the first movie without feeling like they’re simply copying it. I think “Rocky II” is even better than the original. It’s still about working hard to overcome the odds, but we’re spared the sometimes awkward will-they-or-won’t-they with Rocky and Adrian.

I know what you’re thinking. But as for 1970s movies I’m fairly certain you haven’t seen, this 2.5-hour documentary about Hitler’s rise to power is one of the best ones. We like to say “Those who don’t learn from history are doomed to repeat it,” but then we cringe at the opportunity to be confronted with the details of one of the darkest times in world history. It’s honestly surprising how few documentaries focus on Hitler and, consequently, how little the average American probably knows about the most dangerous dictator of recent history. Had more conservative Americans seen this documentary, which consists entirely of archival footage and well-written voiceover narration, I’m convinced that more of them would have seen right through Donald Trump’s 2016 presidential campaign and realized that he was preying on their fears and desperation. Just like Hitler did. I mean, not just like Hitler did, but similar enough to give me goosebumps.

I had already seen two seasons of the HBO series before I saw “Westworld,” the movie written and directed by Michael Crichton (the author of “Jurassic Park”). While the series takes viewers more behind the scenes, Crichton’s movie focused on my favorite part of the show—newcomers to this theme park, where humans can spend time mingling with robots who are programmed to act like they live in the Wild West. It’s the first-timers experiencing the park that interested me more than those who keep returning. It’s the newbies who play the surrogate for the audience, who also gets to experience this exciting place for the very first time. But, like the show, the robots in the movie eventually become a little too smart for their own good. Guests at the park are supposed to be able to “kill” the robots without repercussion, but eventually the robots learn they can fight back. It’s a theme of “Jurassic Park,” too, and one that’s never not fun: people’s lives becoming endangered in a place that’s meant to bring joy and wonder. 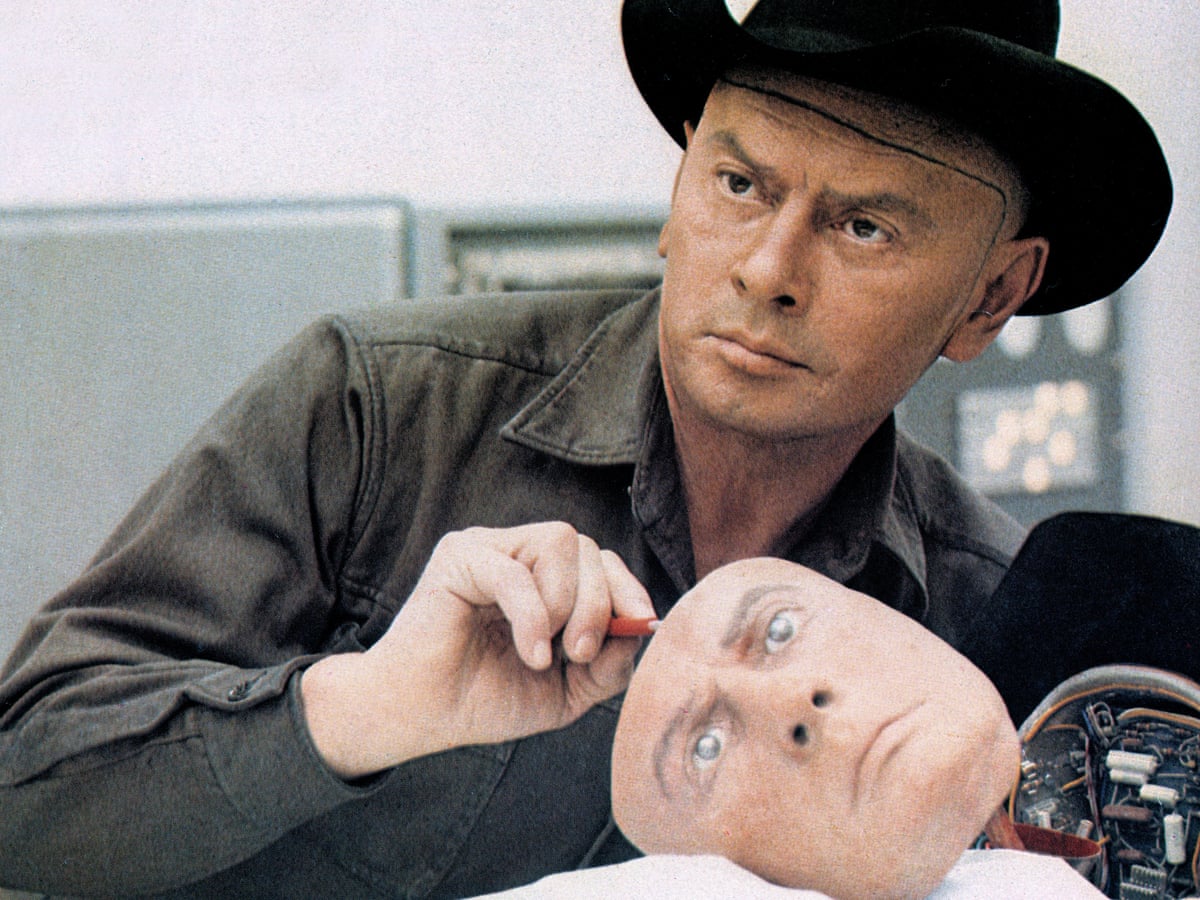