The 1960s continued a downward trend of theater attendance, as more and more people bought televisions. Downtown movie theaters began to close, but some megaplex theaters with multiple screens started popping up in the suburbs. Studios could only afford to make big budget spectacle movies like “Cleopatra” every so often, and by 1962, Hollywood was making fewer movies than ever before. Still, the decade produced some very well-known movies, like “Mary Poppins,” “2001: A Space Odyssey,” “The Sound of Music,” “Psycho,” and “The Graduate,” as well as a plethora of lesser-seen gems. Here are some of my favorite 1960s films that you may or may not have heard about. 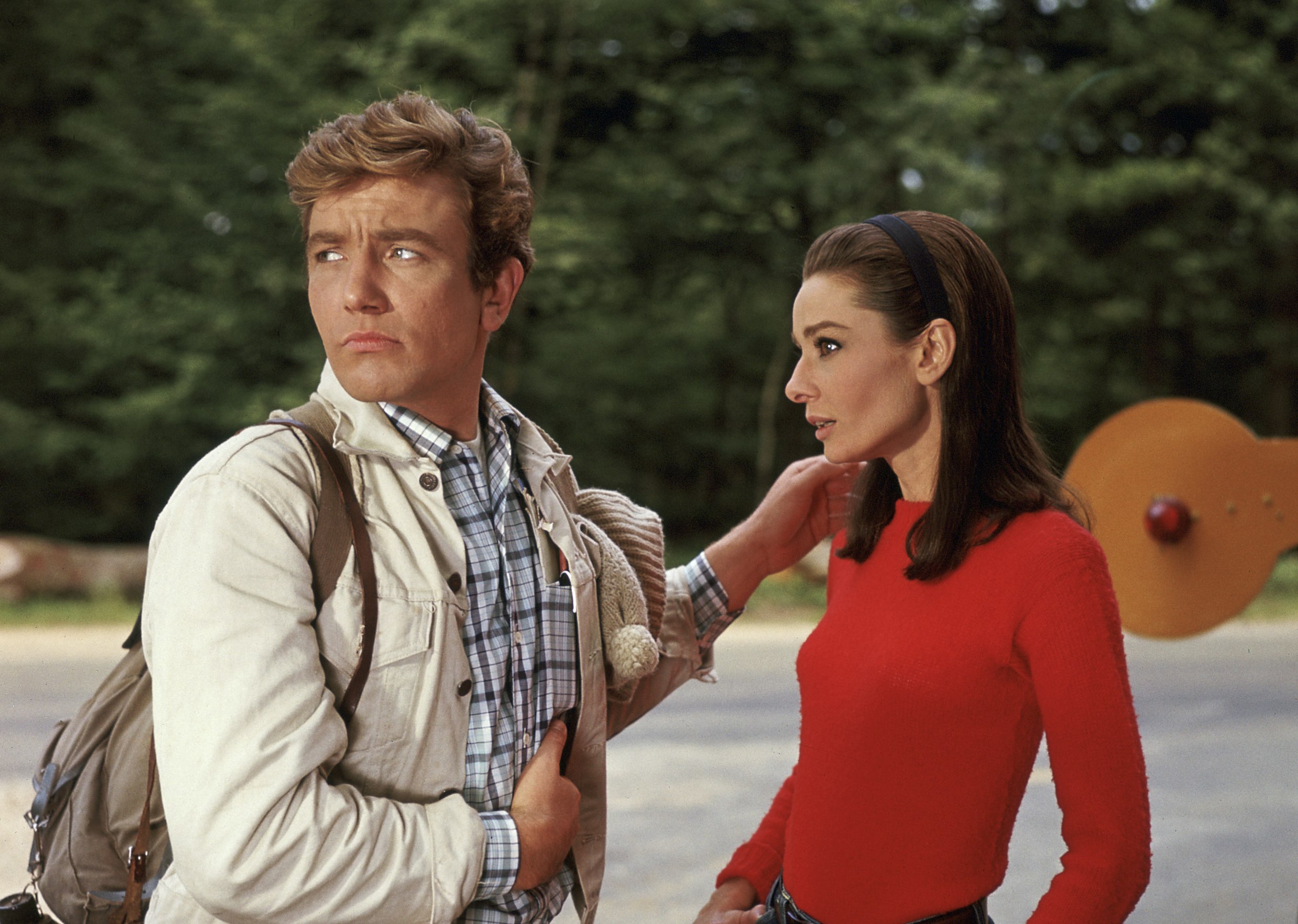 I’ve never liked a non-linear story as much as I liked “Two for the Road,” director Stanley Donen’s anti-rom-com starring Audrey Hepburn and Albert Finney. The movie tells the story of a married couple near the end of their 10-year relationship by flashing back to happier times…as well as times that preview their eventual break-up. “Two for the Road” is like looking through a scrapbook. Hepburn and Finney were both in their 30s (Hepburn was 38 when the movie released), but they play their characters convincingly throughout the ten-year relationship. Hepburn gives what I’d consider to be her best performance.

Speaking of Stanley Donen/Audrey Hepburn collaborations, “Charade” provides a thrilling alternative to “Two for the Road.” Maybe you have seen “Charade” (it also stars Cary Grant, after all), but I was an unfortunate latecomer, only seeing the movie for the first time in 2020. Since then, it has stuck in my mind as one of my favorite first-watches of my yearlong quarantine movie binge (I saw more movies in the year 2020 than I ever have before and likely ever will again). For one, Hepburn is one of my favorite actresses. I know that’s hardly a controversial opinion, but I’ve yet to see a Hepburn movie that has been a total let-down (except the Robin Hood movie “Robin and Marian,” perhaps). In “Charade,” Hepburn plays a widow who realizes her dead husband had stolen millions of dollars during WWII and stashed it somewhere, and that there are three men who are also looking for it. Her hunt for the stash takes her all over Paris, and the movie kept me on the edge of my seat until the very end. And laughing on-and-off throughout, too!

Speaking of comical madcap adventure movies from 1963 about a race for treasure, “It’s a Mad, Mad, Mad, Mad World” is another great one. This three-hour movie centers on a group of motorists who, upon witnessing a car crash and stopping to help, are told about a bag of money buried in a state park. After arguing about how to split the money when they find it, they instead decide whoever finds it first would get to keep it all. What follows is a race to the state park that’s equal parts exhilarating and hilarious. I would have loved to see this one in theaters…especially if I was only charged 85 cents, the price of a movie ticket in 1963.

I don’t know how often people cry during films, or admit to it, but I find that when I’m moved to tears, it says a lot about what a film can accomplish in a couple of hours. “The Miracle Worker,” written by William Gibson and based on his 1959 play of the same name, stars Patty Duke as Helen Keller and Anne Bancroft as her tutor, Anne Sullivan. I had already seen Disney’s tamer made-for-TV remake of the movie, but seeing the original made me realize just how difficult and enormously frustrating the situation was, not only for Keller, but for her tutor and her family. “The Miracle Worker” doesn’t shy away from the moments when Sullivan was at the end of her rope, about to throw in the towel. It made the eventual breakthrough so much more gratifying as an audience member. That’s when the tears came rolling, for me at least.

I haven’t yet written about this little-seen British production starring Peter Cushing (Grand Moff Tarkin from the original “Star Wars” movie), but when I saw it in October of 2020, I was blown away. The film takes place on Christmas Eve, almost in real time, and involves a bank manager (Cushing) who is told by a customer that his family would be killed if he doesn’t help the man rob his bank of the equivalent of 93,000 pounds (about one million dollars in today’s currency). Cushing plays a sort of Scrooge character, frosty and distant. While his employees discuss the staff holiday party, his character threatens to fire one of them over a minor mistake. But throughout this tense thriller, you can’t help but root for him as the criminal (played by Andre Morell) cruelly tortures him psychologically.

Speaking of psychological torture, director Hiroshi Teshigahara is no stranger to it. In his 1964 film “Woman in the Dunes,” a teacher and amateur scientist named Niki is on a nature hike when he realizes he has missed the last bus home. He meets a man who offers to let him stay in his village, which is in the sand dunes far from civilization. The man is led to a hut with a young widow, who will be hosting him. But when he awakes the next morning hoping to leave, the rope ladder he climbed down to reach the hut has been pulled up. The sand dunes surrounding the hut are too steep to climb. He’s told he must help the woman dig up the bodies of her dead husband and child, in exchange for food and water. Niki has no choice but to go along with the villagers strange demands, but tries to escape any chance he gets. Teshigahara’s other 1960s films, “Pitfall” from 1962 and “The Face of Another” from 1966, are nearly as compelling. The Japanese director was known as an avant-garde filmmaker, but I think that may scare off some people who would actually enjoy his films. They’re not as incomprehensible as the label suggests.

Speaking again of psychological torture (though, in this case, with an unknown torturer), Spanish director Luis Bunuel’s “The Exterminating Angel” is one of the most baffling films I’ve ever had the pleasure to see. The whole film takes place at a fancy dinner party. After guests enter the parlor room for after-dinner games and drinks, they find themselves curiously unable to leave. Their minds and their bodies work in cahoots to keep them from leaving, for no known reason. Obviously, this leads to bafflement. But after their confusion turns to anger and distrust, these previously debonair partygoers turn into animals. Darren Aronofsky cited “The Exterminating Angel” as an influence when he made “mother!,” another frustratingly chaotic and satirical thriller. (I also found similarities in 2013’s “Coherence,” a low-budget sci-fi movie). Like Aronofsky, Bunuel seems to skirt the obvious choices in favor of something more out-there, but he does so with such confidence that you never question it. It’s one of those movies you immediately wish you could watch for the first time again. 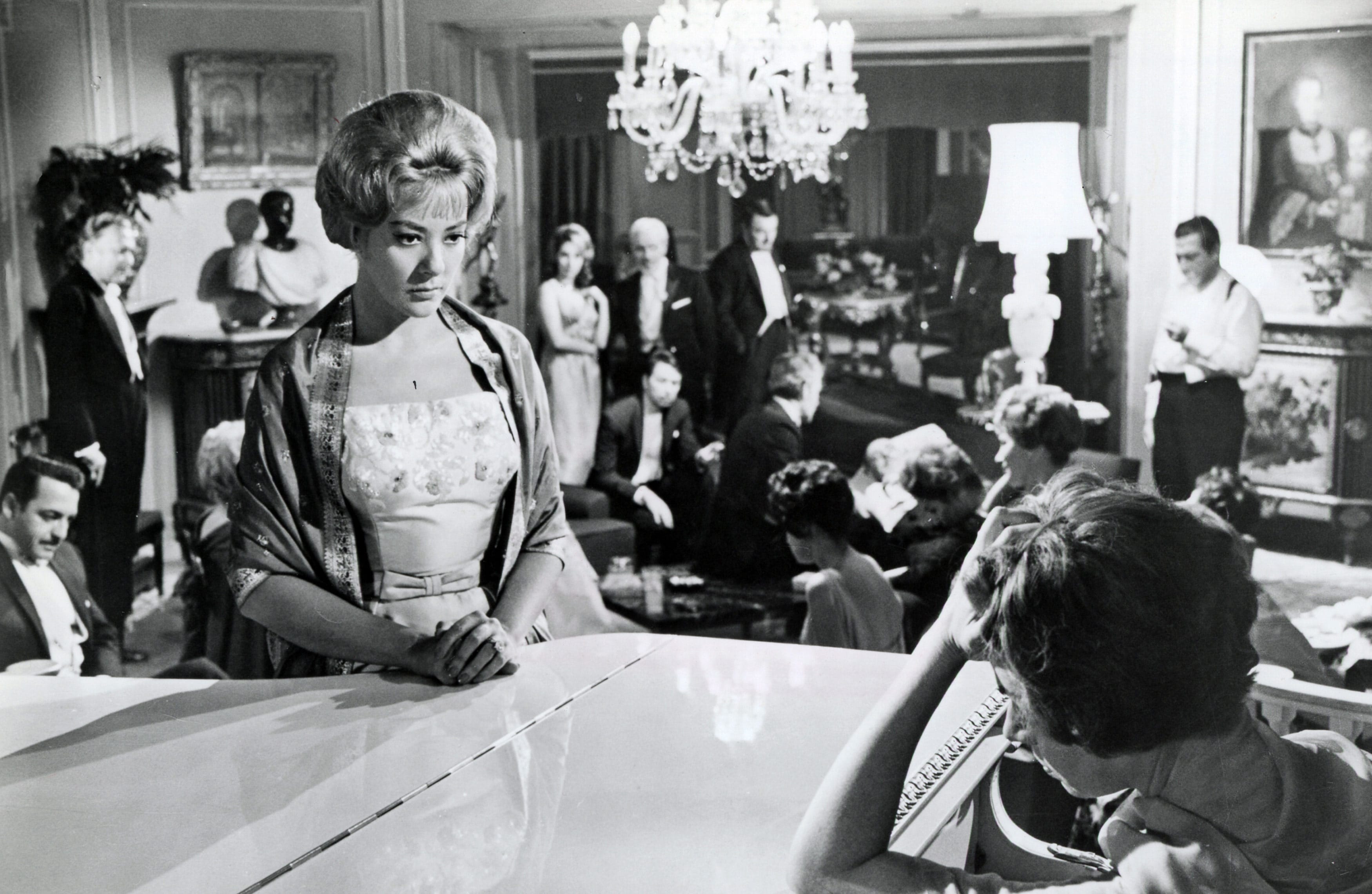