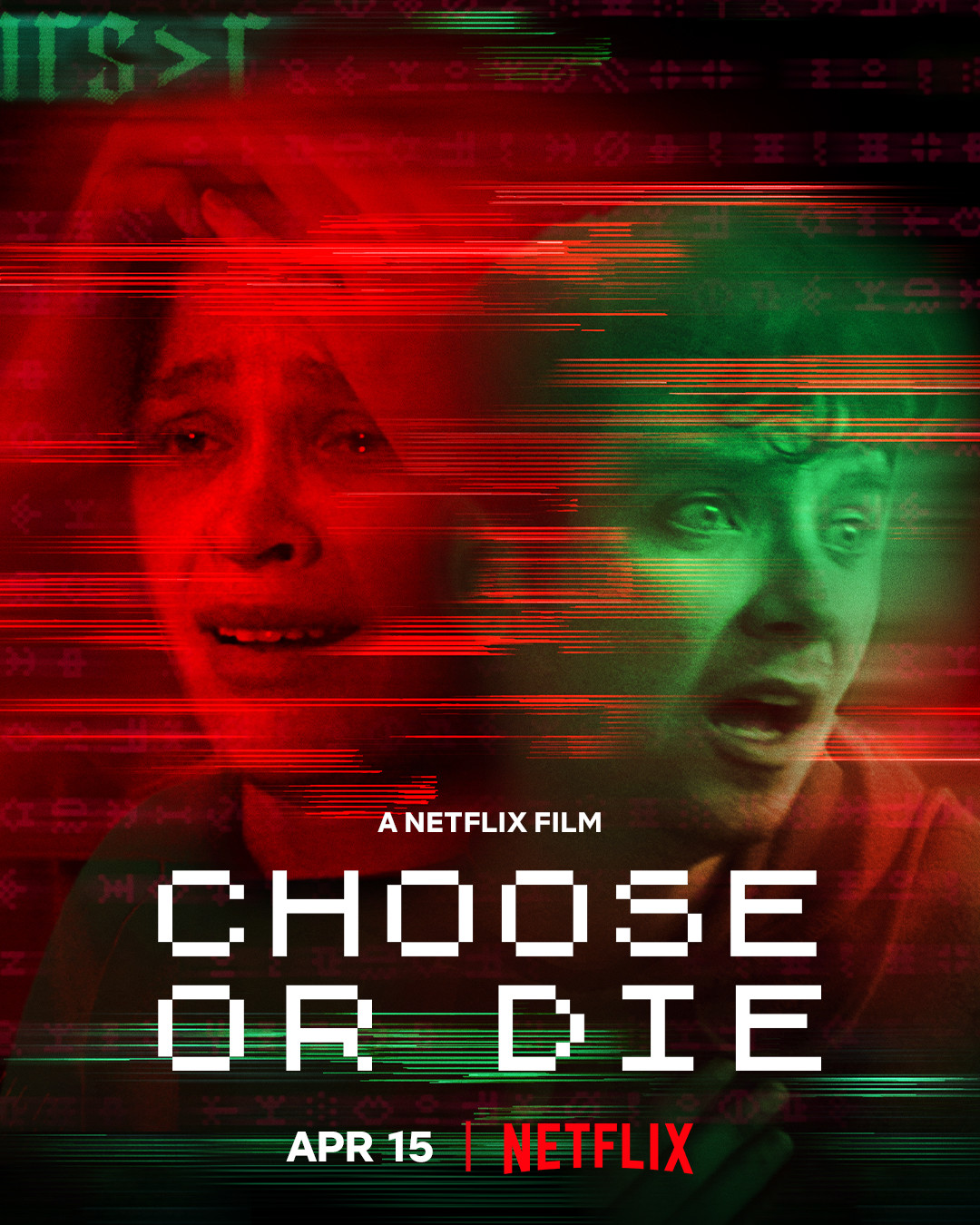 “Sometimes, a curse can be a gift.” Usually, though, it’s just a lame Netflix movie. Director Toby Meakins’s feature debut, “Choose or Die” is a horror movie that combines gross-out gore with jump scares to tell a story of two coders (Iola Evans and Asa Butterfield) who find themselves forced to play a 1980s computer game called Cursor…under the threat of death if they don’t comply. The game knows an unsettling amount about the player and their setting, and even has the power to compel other people to do things against their will—as long as it’s what the player chooses.

While I’m not impressed with the debut of writer/director Meakins, I was happy to see Iola Evans get a chance to star in her first film. The young actress has appeared in a few television shows, including two episodes on Netflix’s “The 100,” but I had never seen her before. I never would have guessed this was her first film. She does a great job considering what little she was given. Unfortunately, the ten years since “Hugo” haven’t been kind to Asa Butterfield. They’ve given him some less-than-stellar roles and typecast him as an awkward, nerdy, and sometimes perverted teenager. His role in Netflix’s “Sex Education” (despite being the absolute epitome of all those things I just mentioned) is the only thing I’ve enjoyed him in since his breakout in Martin Scorsese’s fantastic 2011 film.

“Choose or Die” has a premise that drove me to watch it on its first day on Netflix. I probably could have guessed it wasn’t going to be great, but I was excited by its twisted take on a Jumanji-like story. But it wasn’t long before I realized that the way it chose to scare viewers—the way too many horror movies nowadays do it—was to push the envelope. The movie tries to shock you, but shock wears away after a few seconds. Plus, by using the element of surprise, it began to lose its grip on reality. Obviously, you go into a movie like this knowing that it won’t adhere to all the real-life rules. But at a certain point, I began to wonder how much more ridiculous it could get.

I’m not going to say “Choose or Die” is the worst horror movie you can find streaming right now. Horror is a genre with more than its fair share of duds. But if you want to watch a horror movie with these sorts of vibes, you’re better off choosing something like “Unfriended” or “Spiral” or “Us.” If liking horror movies is your curse, though, “Choose or Die” is on Netflix now for your consumption.