As the popularity of television grew, Hollywood thought of new and exciting ways to get moviegoers back into theaters. They experimented with gimmicks like 3-D and began spending huge amounts of money on epics like “The Ten Commandments” and “Ben-Hur.” While genres like horror and science-fiction had always been around, in the 1950s they became popular fodder for drive-in movie theaters…more and more of which were being built throughout the 1950s in suburbs and rural areas, as Americans moved out of the cities. Movies in the ’50s also began having a more teenaged audience, as high school students were more likely than ever to own a car and morality standards were loose enough that they were more likely to be dating. Here are some of my favorite science-fiction and horror movies of the 1950s, like the ones your grandparents may have driven to in some mid-century car on their first date. 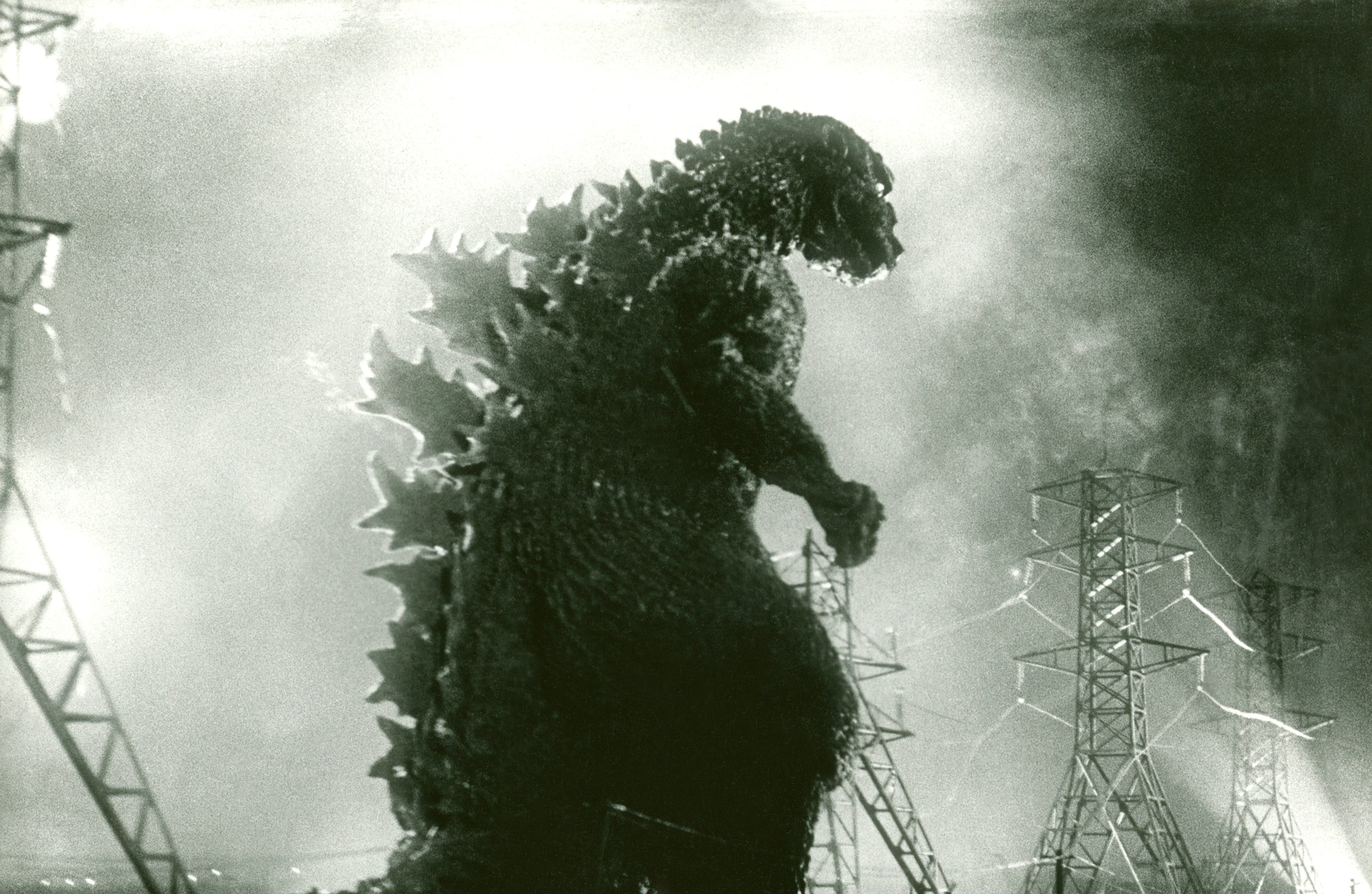 One of the most famous monster movies ever made, “Godzilla” was inspired by an event earlier in 1954 when the crew of a tuna fishing boat off the coast of Japan were affected by radiation poisoning as a result of the U.S. hydrogen bomb test off the Bikini Atoll. Toho, a Japanese film studio known mostly for war movies, decided to try making a movie with anti-nuclear themes that featured a monster emerging from the ocean to terrorize Japan. The film, which features Haruo Nakajima dressed in a bulky monster outfit, became such a hit that Toho would go on to make 30 more Godzilla movies…not to mention a dozen or so other monster movies, too. When the American version of “Godzilla” released 2 years later, in 1956, it became only the fourth foreign film to gross more than a million dollars at the American box office. Despite its lack of computer-generated effects, “Godzilla” had some practical effects that led to it being quite realistic for the time.

Unlike the monster in the story, “Godzilla” the movie didn’t just come out of the blue. Besides being influenced by the radiation poisoning incident, Toho was also inspired by the popular 1952 rerelease of 1933’s “King Kong” and also by a movie that released in 1953: “The Beast From 20,000 Fathoms.” The simple story revolves around a prehistoric monster that had been trapped in ice for centuries until an atomic bomb freed it. As it makes its way back to its ancient breeding grounds, it causes wreckage down the American eastern seaboard. Unlike most of the Godzilla movies, “The Beast From 20,000 Fathoms” doesn’t bother answering every question that it raises. In some ways, this makes it a more enjoyable movie than most of the Godzilla sequels (only one sequel, “Mothra vs. Godzilla,” tops the original…a few others are good, but most are pretty bad). It’s a good bit of fun.

The Invasion of the Body Snatchers (1956)

Perhaps less popular than the 1978 remake with Donald Sutherland and Jeff Goldblum, 1956’s “Invasion of the Body Snatchers”  was one of the scariest movies of its time. After all, without the need for convincing monster makeup (the aliens in this sci-fi/horror flick take over the bodies of unsuspecting regular people), the movie could focus its attention on the other things needed to pull this off—like its acting and writing. It’s almost like a “Twilight Zone” episode, though that show began its run three years later.

I’m cheating a bit here by throwing in two movies that aren’t really horror, but are thrilling and tense enough to justify their inclusion. Alfred Hitchcock had himself the best year of his career in 1954, when he released two great collaborations with Grace Kelly—“Dial ‘M’ for Murder” and “Rear Window.” Both have characters largely confined to one location. In “Dial ‘M’ for Murder,” a former tennis star suspects his wife of cheating and plans to have her killed. But things go awry, and he must improvise to skirt suspicion. In “Rear Window,” Jimmy Stewart plays a wheelchair-bound photographer who spends much of his time looking out his apartment window at his many neighbors across the street. When he thinks he witnesses a crime, he calls upon his girlfriend to help him prove it. “Rear Window” is, in my opinion, Hitchcock’s best film. It’s one of the best genre movies of all time.

Who ever guessed Leslie Nielson (star of comedies like “Airplane!” and “The Naked Gun”) was ever young? In this entertaining 1956 sci-fi movie, Nielson plays an astronaut sent to a distant planet to determine if a previous expedition was successful. The crew sent before them had never returned to Earth. When they arrive, they find themselves welcomed at first. But then, their ship is destroyed by an unknown intruder and their way home is compromised. “Forbidden Planet” may be science-fiction, but set it in a haunted mansion and it’d make for a very formidable mystery movie.

Creature from the Black Lagoon (1954)

Universal Pictures’ first monster movie was 1933’s “Dracula.” Afterward, the studios released “Frankenstein,” “The Mummy” “The Invisible Man,” “The Wolf Man,” and “Phantom of the Opera” throughout the 1930s and ’40s. They slowed down in the 1950s, releasing the last of the original Universal Monster movies in 1956. In 1954, toward the end, they released the popular “Creature from the Black Lagoon.” The movie is set deep in the rain forest, where geologists discover a curious fossil that provides a link between sea creatures and humans. Soon, a living example of this prehistoric monster begins terrorizing the scientists, preventing them from leaving and slowly picking them off. But one of the geologists is so fascinated by the creature, she wants to see no harm come to it. The crush she has on this monster makes it seem like they’re in “Blue Lagoon” instead. 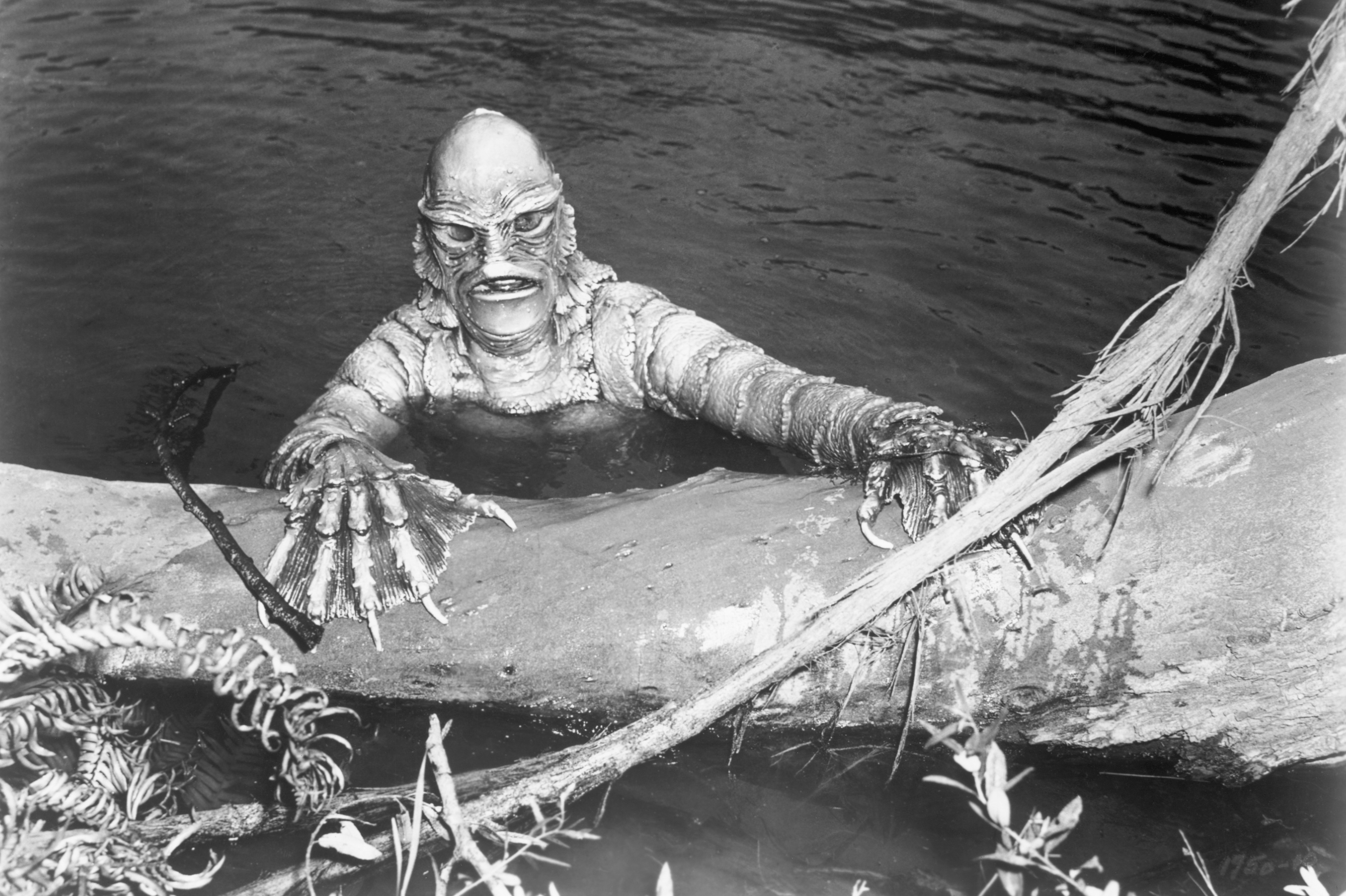