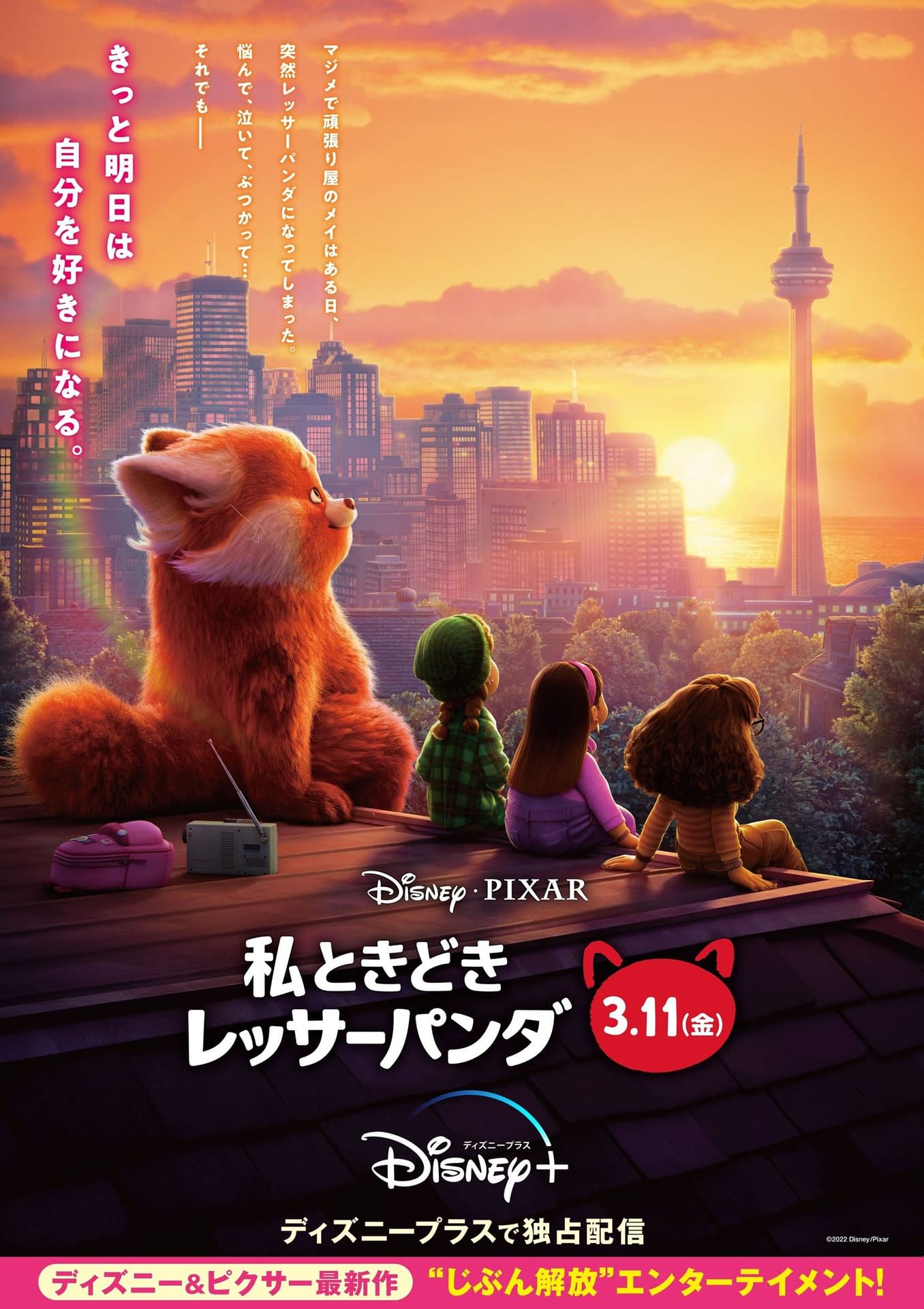 Twitter is abuzz with mixed reviews of Pixar’s latest animated film, “Turning Red,” which recently released exclusively on Disney Plus. Some folks have claimed that they didn’t relate to the protagonist’s experience, or that it’s not a realistic enough portrayal of childhood. But, considering the movie is about a teenage girl who turns into a giant red panda when she gets emotional, I think absolute realism is probably not a goal that Pixar had in mind.

The film is set in Toronto in the year 2002, when young Meilin (newcomer Rosalie Chiang) is on the cusp of puberty and going through turbulent emotional changes. She finds herself suddenly infatuated with a boy down the street. She defies her parents, though she’s always been obedient and responsible. Then, one morning after a stress dream, she wakes up in the body of an oversized, fluffy red panda, like the ones her family honors at their ancestors’ temple (where Meilin volunteers her time after school). When she finally calms down, she returns (mostly) to normal. But any emotional trigger—happy or frustrating—might cause her to erupt. 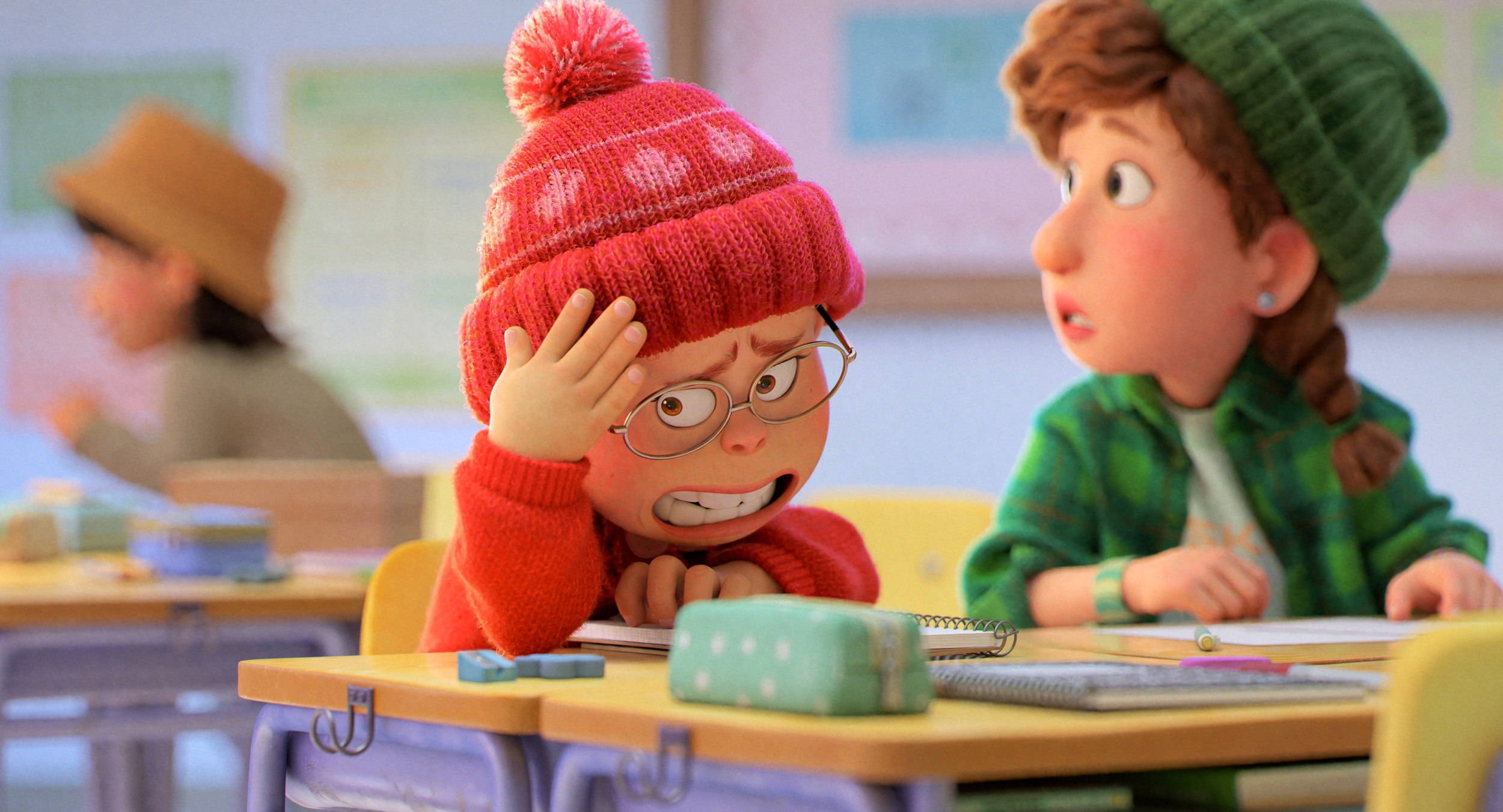 “Turning Red” is the first animated movie I can think of that addresses puberty head-on (without actually saying the word). Pixar’s “Inside Out” might have been about puberty, but with “Turning Red,” there’s no doubt…Meilin is at the age when her hormone changes have her literally fighting for control of her body. Animated movies have tended to either ignore puberty or make light of it when it does come up. When animated movies talk about puberty, it’s usually in the form of a one-off joke about a boy growing facial hair or a kid suddenly having body odor. “Turning Red” dives a bit more deeply (albeit, with a metaphor) into the emotional tumult teens feel. And that’s important! Pubescent kids are a key audience for animated movies. Parents and schools should bear the responsibility of talking to kids about puberty, but children learn all kinds of good messages in movies. “Turning Red” teaches that everyone gets stressed sometimes, but that there are ways to practice being calm that might help. It’s a message that plenty of adults should hear, too. 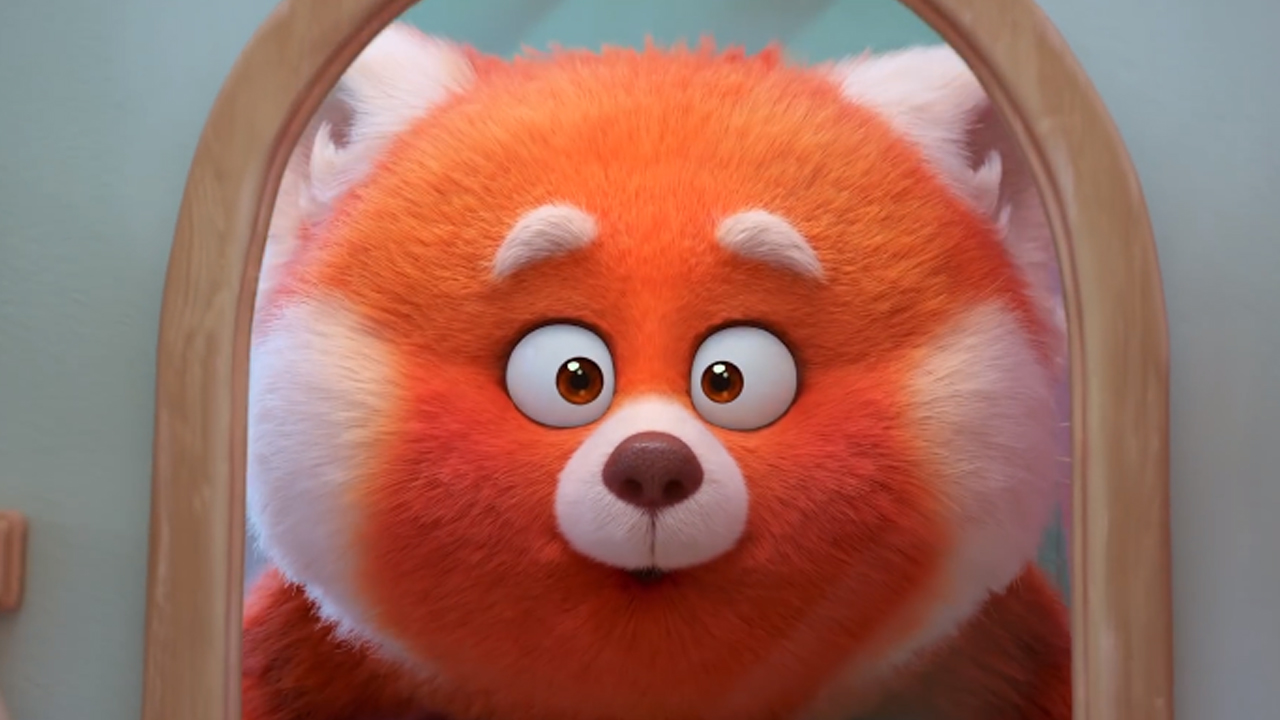 There’s a storybook quality to the animation in “Turning Red.” Though it deals with issues a middle-schooler might face, it looks like something a kindergartener would enjoy looking at. But really, any fan of animation should appreciate it! I’m a huge fan of animated movies. Especially those from the past 25 years. I love old animated movies, too, don’t get me wrong, but I consider us all very lucky that we live in the age of Pixar. There’s a level of detail in a Pixar movie not afforded to older animated movies. It just wasn’t possible. The backgrounds in “Snow White,” for example,” didn’t move. They stayed still while characters moved across them. Backgrounds never contained very much detail, because the focus was meant to be on the foreground. In a Pixar movie, backgrounds bring the story to life. You can see in Meilin’s bedroom all the things that help define her personality. Characters feel more authentic because their settings are more authentic. I consider that a huge step forward.

The fact that “Turning Red” isn’t among Pixar’s all-time best movies is a testament to how many good ones the studio has released over the past 25 years. At the end of the day, my only regret was that the movie was so predictable. But that’s coming from me, an adult who has seen enough Disney and Pixar movies to tell when certain things are likely to happen. Otherwise, I think viewers are likely to have a blast.