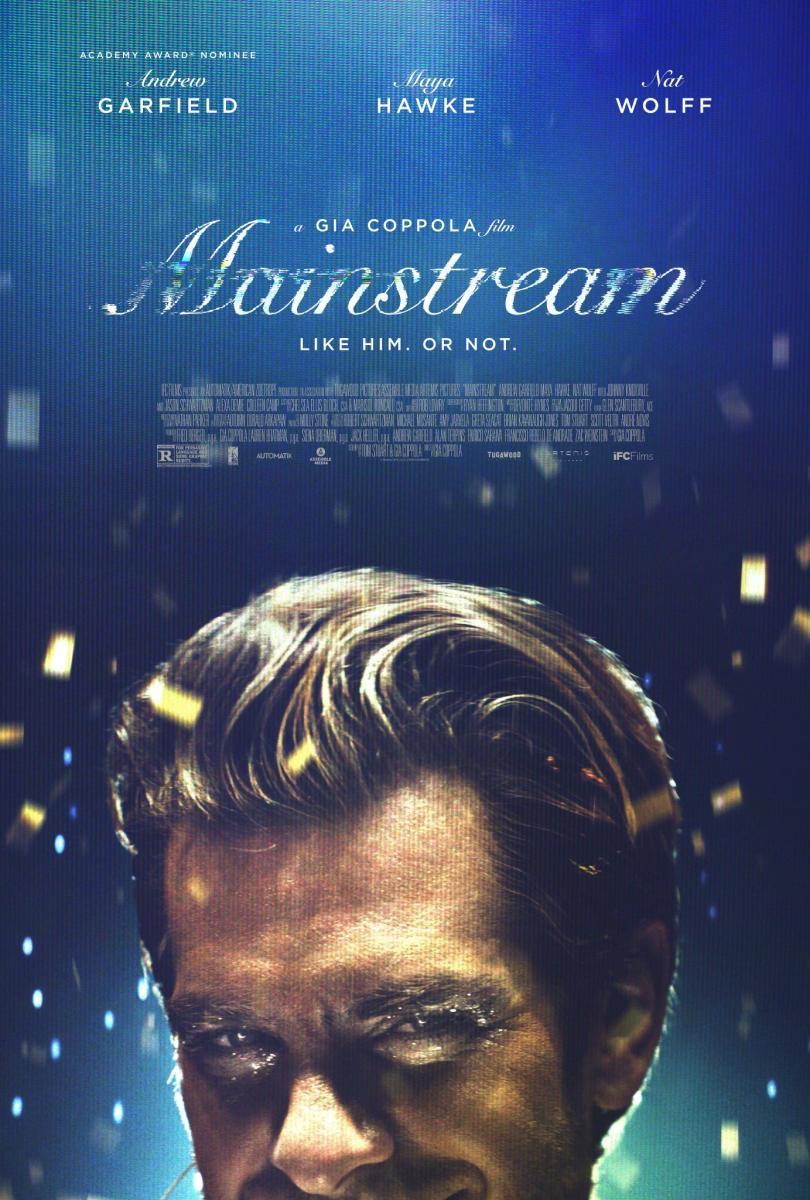 If Kanye West wrote a movie in the fall of 2016, based on the unhinged (and unmedicated) rants he gave during his “Saint Pablo” tour, it would probably be “Mainstream” (or some hyper-political Dinesh D’Souza ripoff, if not). In Gia Coppola’s “Mainstream,” a young bartender named Frankie (Maya Hawke), desperate for Internet fame, meets an eccentric outcast named Link (Andrew Garfield) who has just what she needs: insane content in the form of his “profound” opinions—mainly, that cell phones and social media are disconnecting us all—and absolutely no inhibitions. When Frankie and Link find something that works, Frankie’s coworker (Nat Wolff) wants in on the action. But eventually, he begins to worry for Frankie’s well-being. 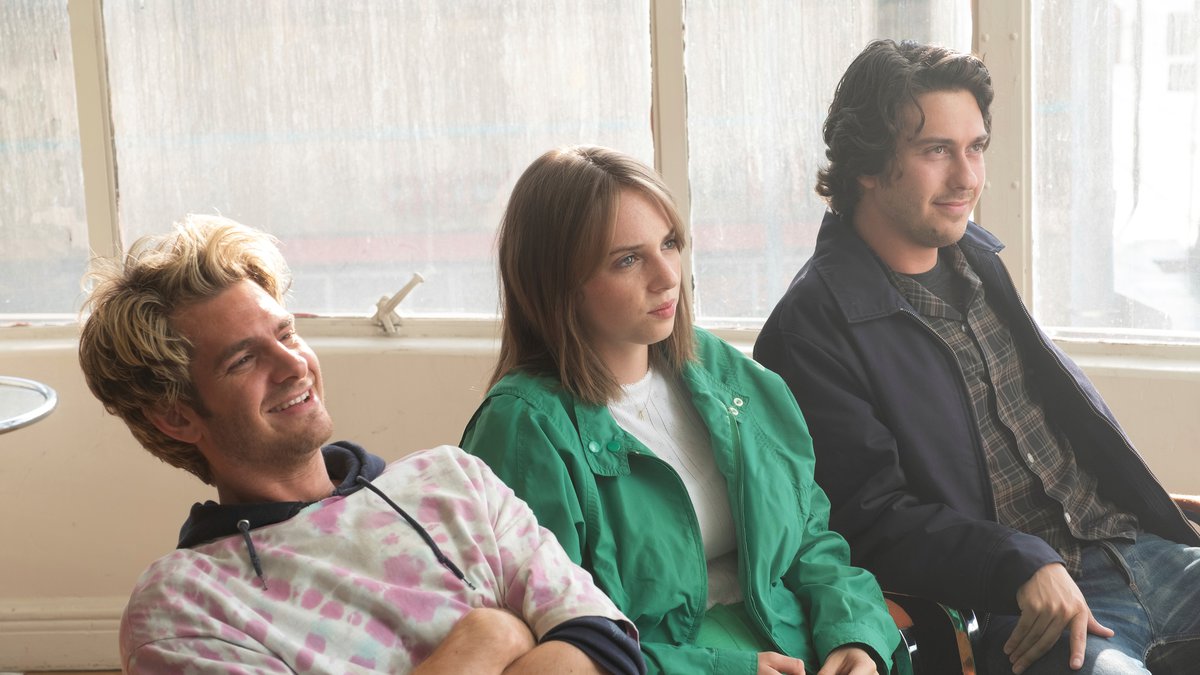 I’ve heard the term “Hollyweird” before, but never have I seen it displayed so boldly as I did in “Mainstream.” During one scene, shot on location in L.A., Garfield’s character dons a strap-on and runs naked down sidewalks until he’s arrested. That’s content. Garfield, for his part, goes all in for the role. That’s never been his problem. Just look at last year’s “Tick, Tick…Boom!” to see him acting kooky for the part of Jonathan Larson (to great effect). But when you peel back the thick layer of insanity on top, you realize that “Mainstream” doesn’t have anything underneath. Is “Mainstream” just the annoying white guy at the party telling you that you’re stupid for still using cash instead of crypto or talking about how he desperately looks forward to his next off-the-grid silent retreat? Or is the movie supposed to be satirizing that guy? In the end, if the end product looks about the same, does it make any difference which is true? “Mainstream” is about pursuing viral stardom at any cost. It’s a story that was told a few years ago in “Ingrid Goes West” (and many more times, in one way or another). I didn’t like it then, either, because that story isn’t speaking to anyone who’s listening. If you’re not the type of person to spend all day on Instagram trying to be noticed, then the Instagram-obsessed characters in “Mainstream” will probably seem silly and unreasonable (as opposed to serious societal problems, which is how this movie treats those people). And if you are that type of person, I can imagine that you’ll have an even more viscerally negative response to the message. Unless the most bombastic scenes from “Mainstream” pop up later on an Andrew Garfield lifetime achievement award sizzle reel, I doubt anyone will ever hear about this movie after a couple years have passed. I’m okay with that.