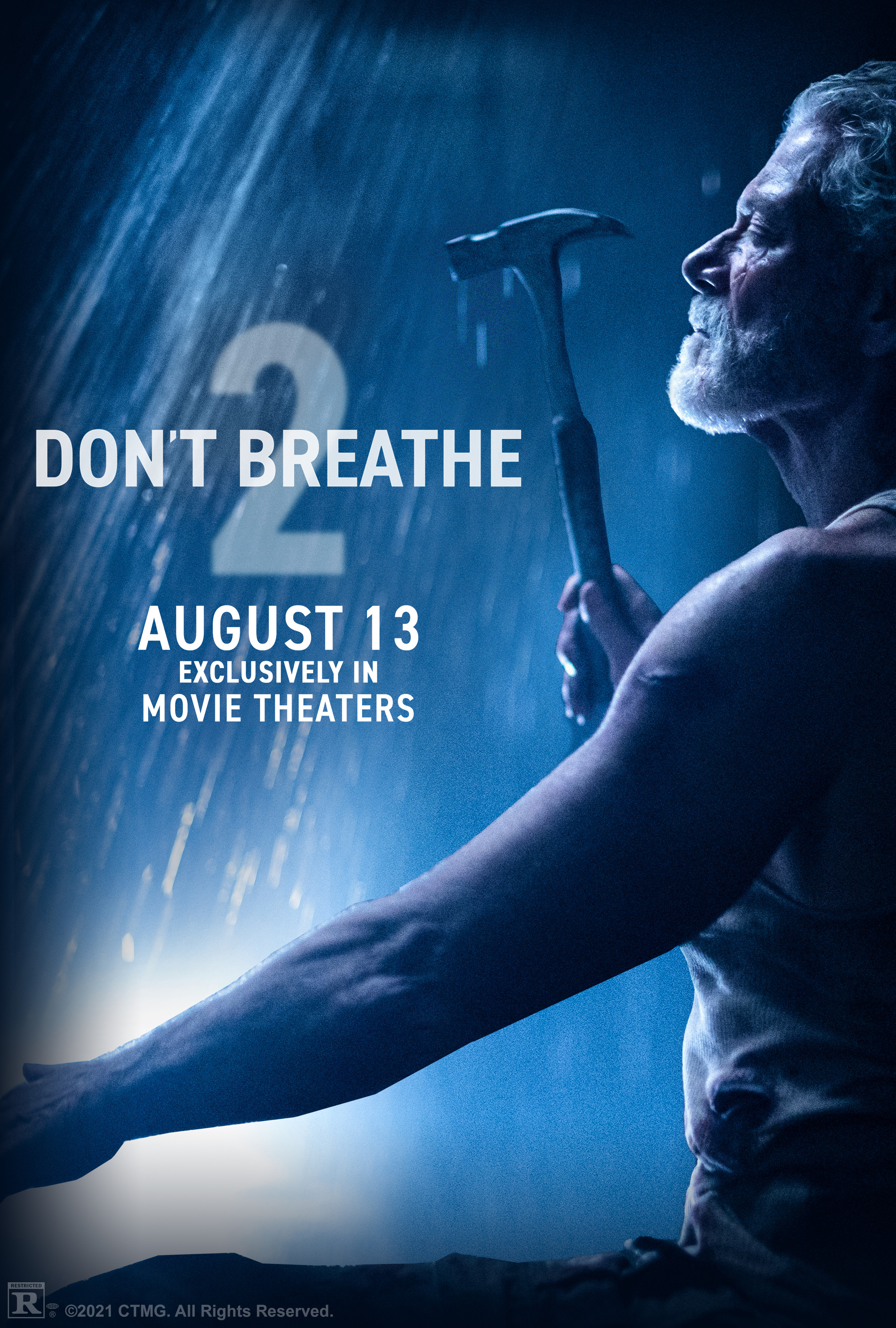 In 2016, Stephen Lang’s character in “Don’t Breathe”—known only as The Blind Man—quickly became one of the most interesting characters in recent horror cinema. An ex-Navy Seal, The Blind Man turned a home invasion on its back—trapping terrified teens inside his 100-year-old house (the only inhabitable home in his dark corner of Detroit) and trying desperately to keep his dark secrets safely inside. Sometime after the events of the first movie, The Blind Man finds himself father to a young girl (thankfully, not in the way you might be thinking if you’ve seen the first movie). Instead, he took the girl (Madelyn Grace) under his care when she survived a horrible house fire. When a new gang of creeps tries to break in, this time to take the girl, The Blind Man will have even higher stakes than before. 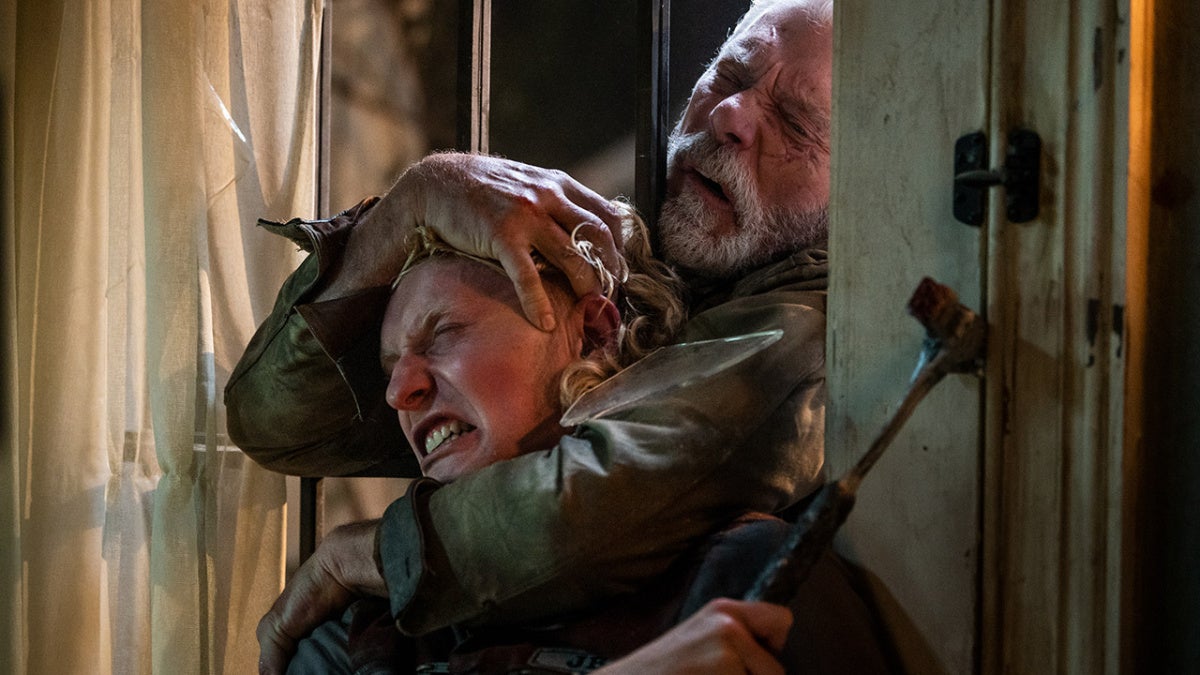 In “Don’t Breathe,” the original criminals quickly turned into victims, and you’re not sure for a minute who to root for. Now, it’s clear who the victim is…or who we’re supposed to believe it is. Obviously, giving a monster like The Blind Man a redemption arc is pretty repugnant (though it’s done in a way that I believed, given the motivations The Blind Man established in “Don’t Breathe”). The filmmakers shouldn’t have given him a free pass on his abhorrent history…and neither should the audience. But whether or not you see The Blind Man as a tragic hero or an evil abomination, we can all agree that his daughter—whom he gave the name Phoenix—deserves to make it through the night alive. That’s the side the audience is rooting for, and given her innocence it’s pretty easy to do. 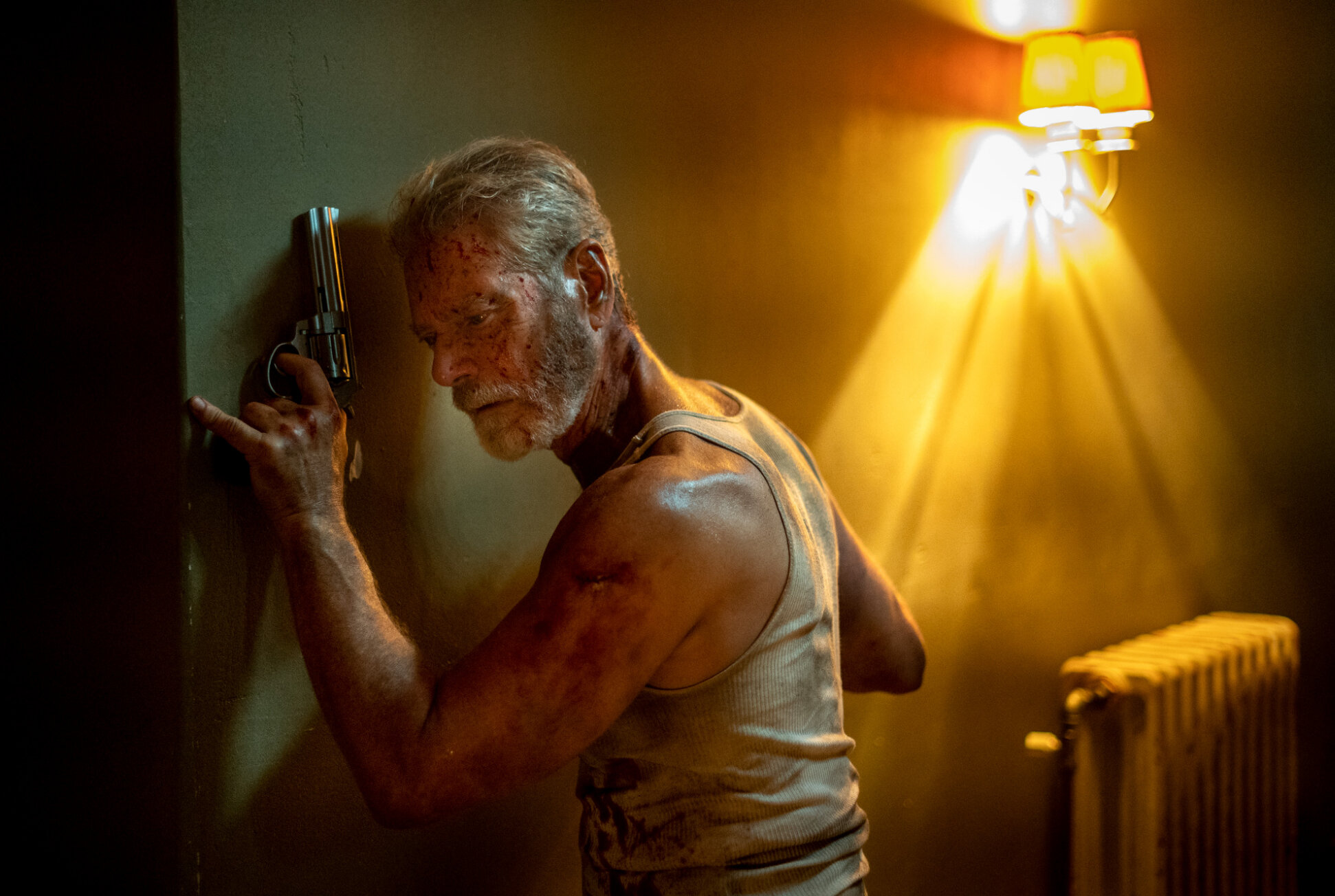 Despite his character’s morals, Stephen Lang is better than ever giving at The Blind Man that certain something to keep him seared in our memories long after the 90-minute runtime is over. For one, he plays blind better than most actors I’ve seen try it. While filming the first movie, Lang wore contact lenses that obscured most of his vision. I don’t know if he did the same this time around, but it sure looked like it. When he grasps for something, you really believe he doesn’t quite know exactly where it is. Then there’s his raspy voice, which already makes him creepy even if you didn’t know the evils he was capable of. Lang gives it a little extra for “Don’t Breathe 2,” and it really is extra. But the movie isn’t afraid to lean into its absurdity. That’s part of its appeal. While it isn’t able to top the nerve-wracking intensity of the first movie (and not that I expected it to), “Don’t Breathe 2” does just enough things right to keep audiences on its hook.