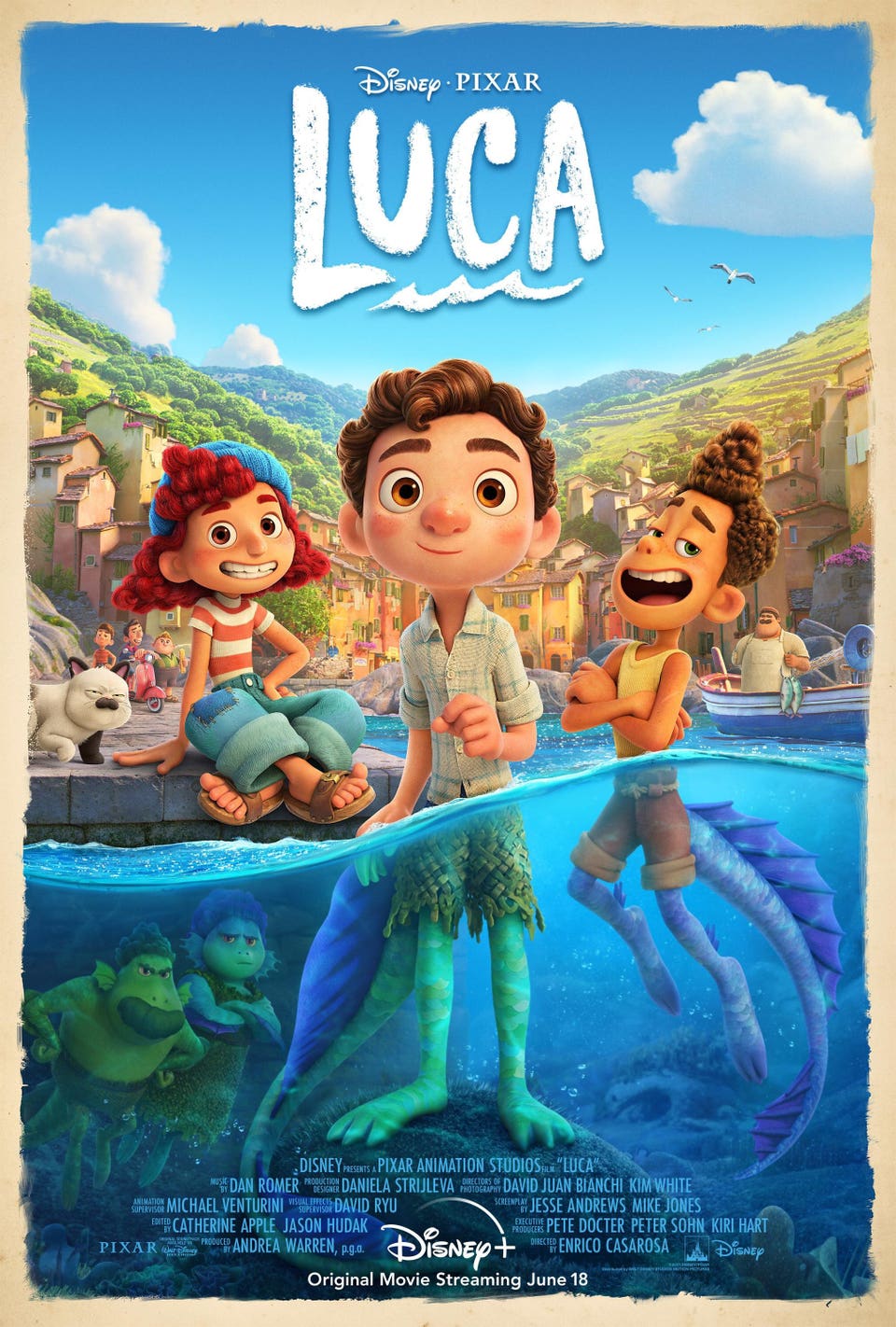 Though director Enrico Casarova has never had a feature-length directing credit, he has been working with Pixar since 2006’s “Cars” as a story artist. And his only directing credit, the short film “La Luna,” played in theaters before Pixar’s “Brave” when it released in 2012. Casarova isn’t Brad Bird, Pete Docter, Andrew Stanton, Lee Unkrich, or even Dan Scanlon (who have all directed multiple movies for Pixar), and “Luca” feels distinctive probably due to Casarova’s fresh perspective. But it also feels slight standing next to some of Pixar’s best films. I’m all for finding fresh faces, but I would also love for someone to recapture the magic of Pixar’s first fifteen years (from “Toy Story” to “Toy Story 3,” and all those wonderful films in between). While I can count on one hand the Pixar movies I’d consider bad (don’t worry—“Luca” is not one of them), I do miss the days when Pixar could be counted on to be not only good, but nearly perfect. 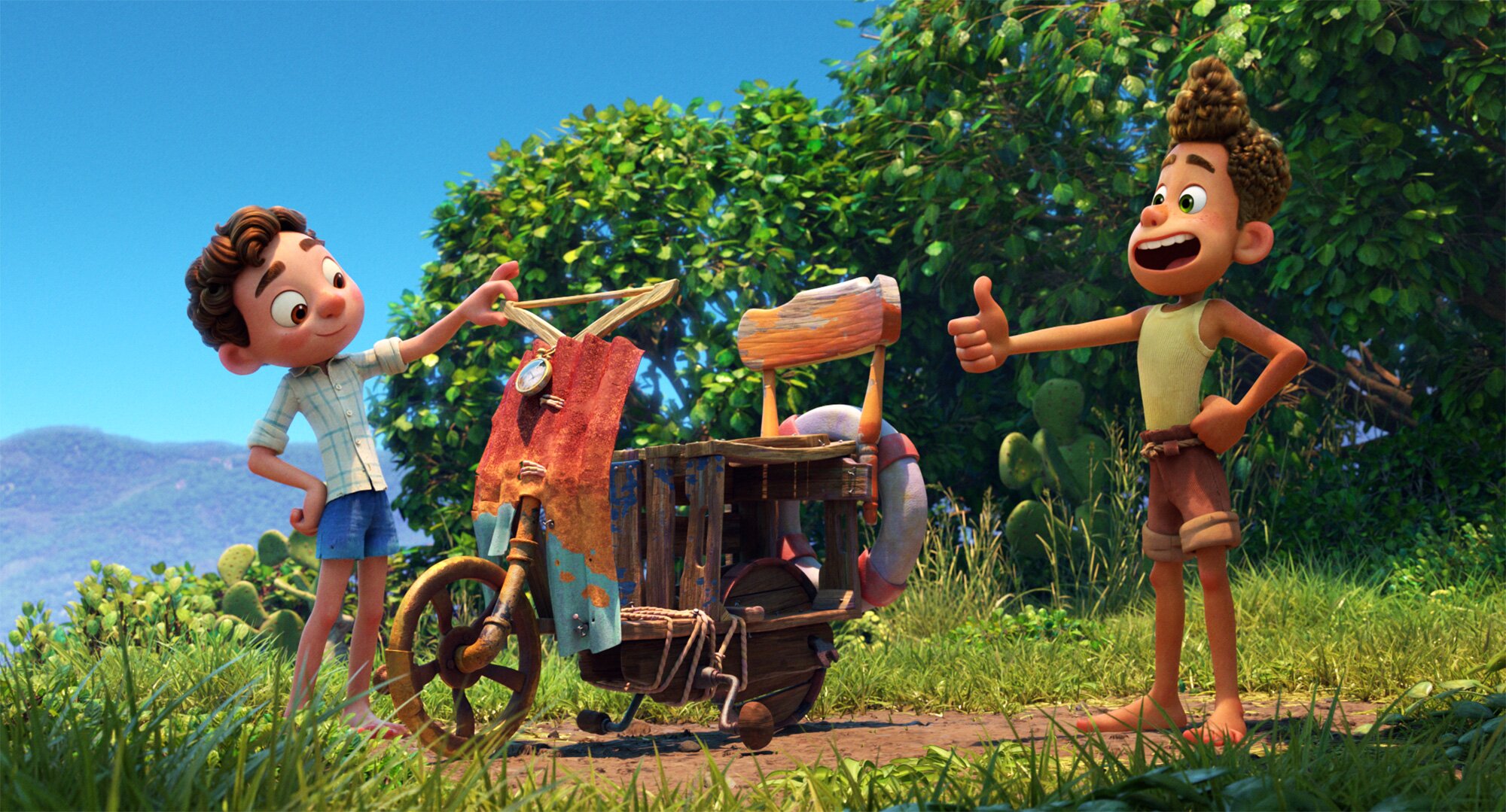 Under the sea off the coast of Italy, young Luca (Jacob Tremblay) is an ordinary sea monster who lives with his parents (Maya Rudolph and Jim Gaffigan) and completes his daily chores (like herding fish). One day, he meets an adventurous sea monster named Alberto (Jack Dylan Grazer) who shows him something he’s never dared to see before…the surface. On the other side of the water is a magical and beautiful world for Luca, who realizes when he steps onto the beach that he becomes a real boy. He knows his parents will punish him, but the siren of land has too tempting a call. Of course, trouble awaits the naïve kid, and every raincloud or water fountain threatens to expose his true identity in a world that wouldn’t accept his true self.

The world of “Luca” is a world I wouldn’t mind taking a vacation in. The scenery of the Italian Riviera is warm and lush. The animators made sure to make it as wonderous for viewers as it was for Luca when he first laid eyes on it. It’s a place that seems free of responsibility—it helps that the protagonists are runaway children. The scariest enemy in “Luca” isn’t a supervillain, a shark, or a sadistic neighbor boy…just the ignorance and bigotry of some cruel townspeople. On second thought, maybe humans are the real monsters. Anyway, the animation is some of the prettiest Pixar has been responsible for. Then there’s the music, from composer Dan Romar (“Beasts of the Southern Wild”). It’s not as memorable as some of the most recent Pixar outings, like “Soul,” but it’s the right music for the moment. It’s lovely. If the Oscar is meant to go to the score that best complements the film, “Luca” should be considered. 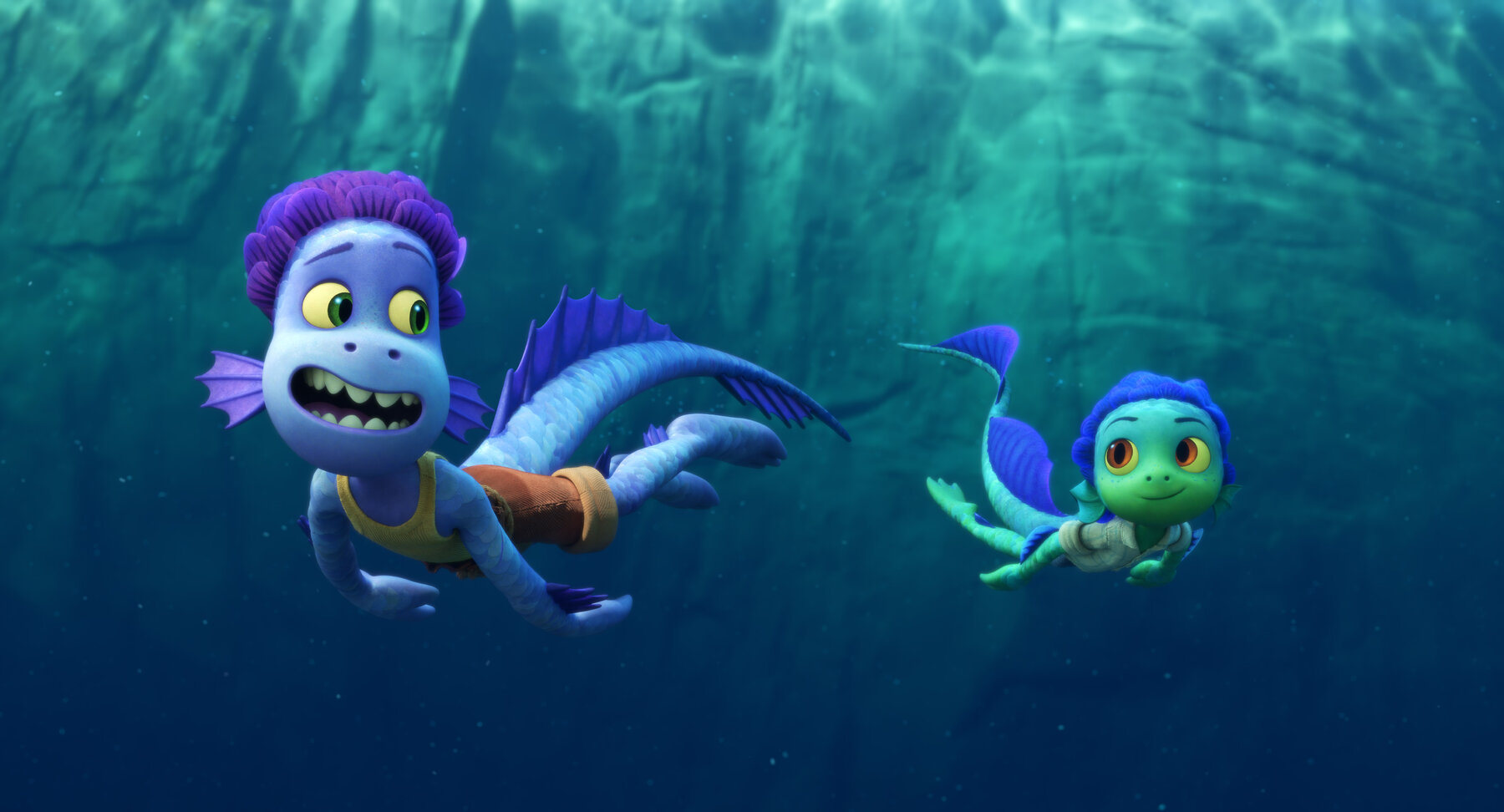 I think Tremblay and Grazer made for good casting choices, but I also would have loved if the main characters were voiced by actors who were more comfortable with the Italian language and accent, like Italian comedian Saverio Raimondo (who voices the local bully, Ercole). I might take slack for this, but I do wish Maya Rudolph’s character could have been played by anyone else. With “Onward” a year ago and “The Mitchells vs. the Machines” just a couple months ago, it seems that every animated movie with a certain type of mom feels the need to give Rudolph’s agent a call. Let’s spread the love, people. One character who didn’t get enough screentime (despite a short post-credits scene you should stick around for) is Luco’s uncle Ugo, voiced by Sacha Baron Cohen. If “Luca” gets a sequel—and there’s plenty of opportunity for a decent one—let’s hope Uncle Ugo shows up more.

“Luca” is about on par with the Pixar movies of the last few years (“Toy Story 4” excluded). It’s good, maybe even really good, but I’m losing hope we’ll ever get something as good as “Finding Nemo” or “The Incredibles” ever again. Still, for Disney+ subscribers, “Luca” is a nice, enjoyable way to pass 90 minutes this summer. There’s certainly no harm in it.