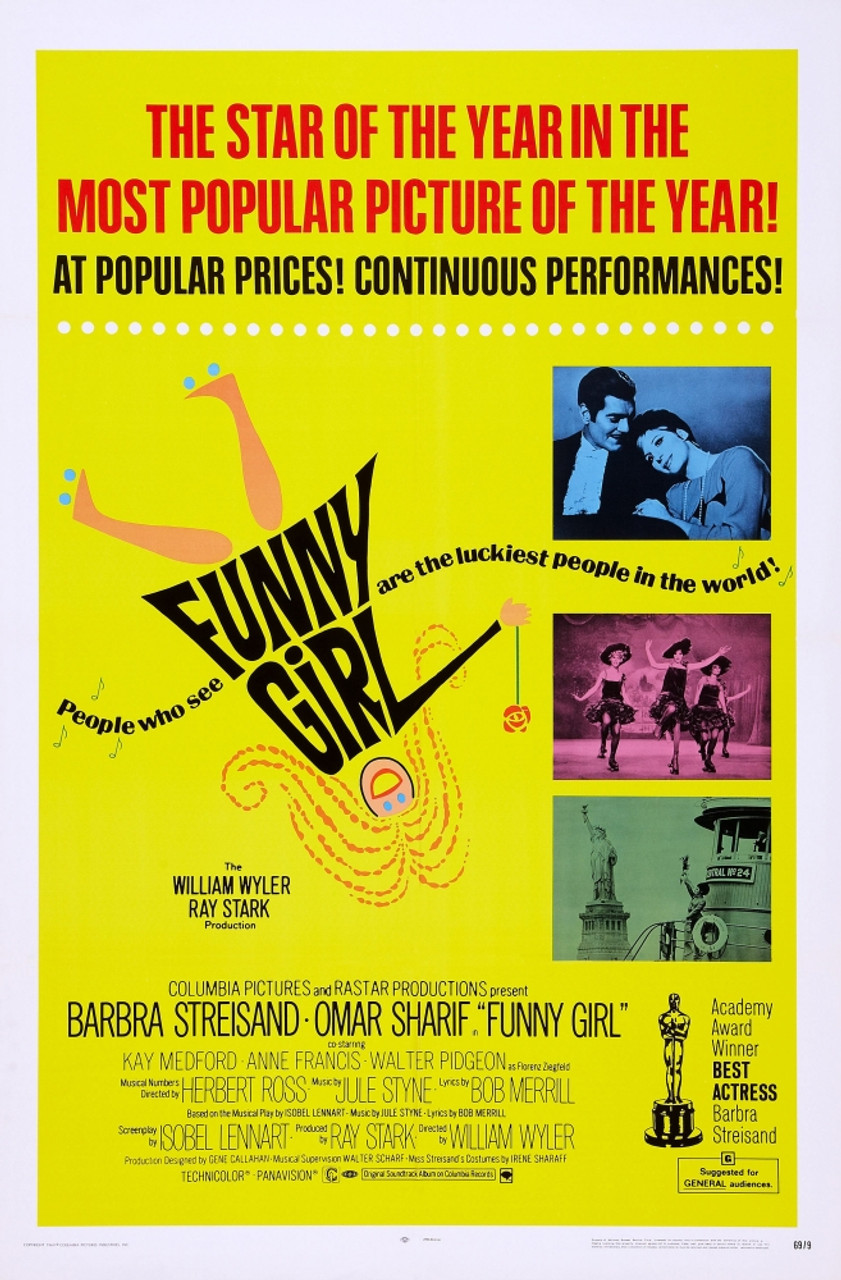 I was surprised to realize Barbra Streisand hasn’t appeared in a movie since “The Guilt Trip” released almost a decade ago. And that she has only ever appeared in less than 20 films, most of them releasing before 1980. And I was honestly surprised to see just how seriously funny Streisand can be as an actress, when given the right role. And in “Funny Girl,” her film debut—bringing to the screen a role she originated on stage—Streisand gets exactly the right role. She did win an Oscar, after all…well, she famously tied with Katherine Hepburn for it (the last time any of the acting categories ended in a tie).

Streisand plays Fanny Brice, a Jewish comedienne from the Lower East Side who made a name for herself on stage. Her comedy and her singing voice led to her being discovered by Florenz Ziegfeld (Walter Pigeon), a well-known Broadway producer whose elaborate shows drew big audiences. When she meets the debonair gambler Nicky Arnstein (Omar Sharif) backstage one day, her life changes forever.

“Funny Girl” is an exceptional comedy for the first hour—but after the intermission, the tone shifts. After a while, this two-and-a-half-hour movie’s run time becomes something of a chore, as the downright depressing events of the film’s second half make it hard to watch. But “Funny Girl” is also a musical, and though the songs are not my favorite part of the movie, they do break up the film well. They’re infrequent enough, and often very funny. But the movie’s strongest hour is certainly its first, when Fanny is coming up in show business despite the odds stacked against her—namely, her looks, which she admits are not traditionally beautiful.

But whenever the movie is feeling like a bit of a bummer, Barbra Streisand is always there to show off her immense talents. She looks so comfortable in the role, and there’s no wonder. Bringing a role from the stage to the screen often results in Oscar nominations or wins—Morgan Freeman in “Driving Miss Daisy” and Denzel Washington and Viola Davis in “Fences” are a few noteworthy examples—and one can easily see why Streisand would choose this role for her entry into film. It’s such a complex role, but for me it always comes back to the comedy. It’s so effortless for Streisand. That funny girl makes this “Funny Girl” worth the 150-minute investment.