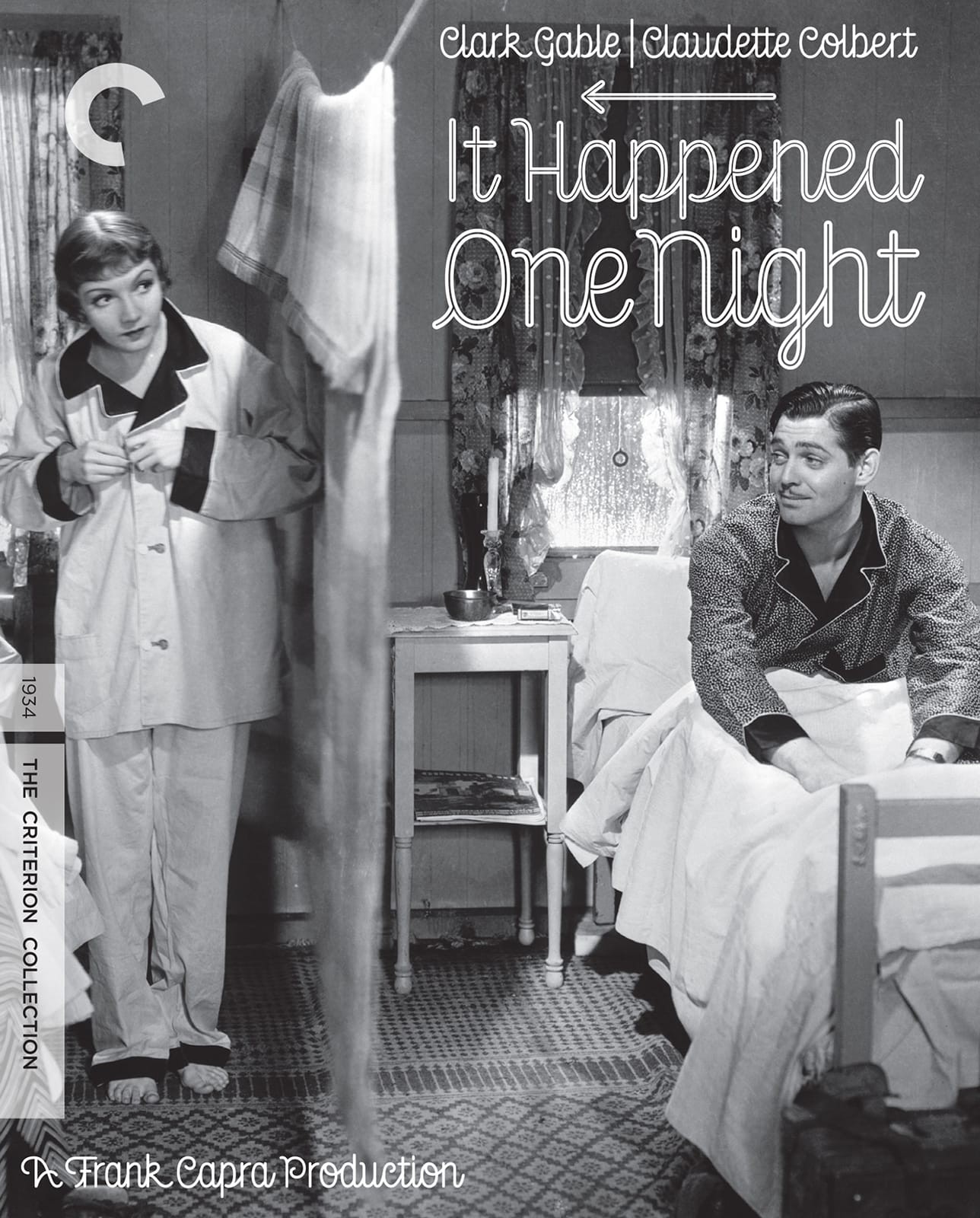 LOVE TRIUMPHANT! an in-film newspaper headline exalts. And indeed, in Frank Capra’s peerless “It Happened One Night,” the audience witnesses one of the best love stories ever committed to film…but it’s not the one the newspaper refers to. Since first seeing the 1934 Oscar-winning classic last summer, I’ve watched it every few months. It’s the only movie I’ve watched more than once since then, much less more than twice. And as often as TCM puts the movie on its streaming app, I have a feeling I’ll keep revisiting it. I can’t help myself.

The movie begins with a bit of excitement, as the beautiful and stubborn heiress Ellie Andrews (Claudette Colbert) leaps into the water to escape her father’s (Walter Connolly) yacht off the coast of Miami. From there, she vows to make it to New York City to marry her fiancé King Westley (Jameson Thomas), whom her father disapproves of. On the way, she’ll meet a smooth-talking newspaperman Peter Warne (Clark Gable) who was recently fired but sees his next big scoop in Ellie’s disobedience. (Peter recognizes Ellie, but she doesn’t know that.) On the way to New York, the two wildly different people will share some common troubles (anyone who has taken an overnight bus ride will realize the process hasn’t gotten any more comfortable in the decades since this) and ultimately—obviously—fall in love.

The Oscars don’t always get it right. But in 1935, when the Academy convened for just the seventh time to hand out the industry’s most coveted trophies, they gave “It Happened One night” the evening’s five best awards—Best Picture, Director, Adapted Screenplay, Actress, and Actor. It won every award it was nominated for, and at the time, half of all the awards it was even eligible for! Since then, only “One Flew Over the Cuckoo’s Nest” and “The Silence of the Lambs” have accomplished the feat of winning the “Big Five” at the Oscars. It’s hard to argue those films didn’t deserve the recognition.

Claudette Colbert has a modern comic actress’s sensibility, and more than once I wondered if she could have seamlessly worked today without changing much about herself. On the other hand, Clark Gable is certainly a man of his time, but he’s so charming and handsome it’s no wonder the Ohio native (I can’t help but call out a fellow Ohioan) became one of the most prolific and successful actors of all time. His character’s brashness may put off audiences today—and I admit, he is awfully rude to Colbert’s character at first—but I think it ultimately makes the eventual coming around of both characters all the more welcome. And it makes certain scenes really stick out as some of the best in moviemaking history. The first night staying together in a cabin—when a bridge wash-out stops their bus in its tracks—for instance. Or the hitchhiking scene, for another. Or that suggestive ending, which had to be mighty scandalous at the time.

“It Happened One Night” is Frank Capra’s best work, in my opinion, but the options from which to choose are many: “Mr. Smith Goes to Washington,” “You Can’t Take It With You,” and “It’s a Wonderful Life” make for some terrific company, but my money is on this 1934 romance. It’s undoubtedly one of the best films ever made.

2 thoughts on “‘It Happened One Night’ is Capra’s masterpiece”