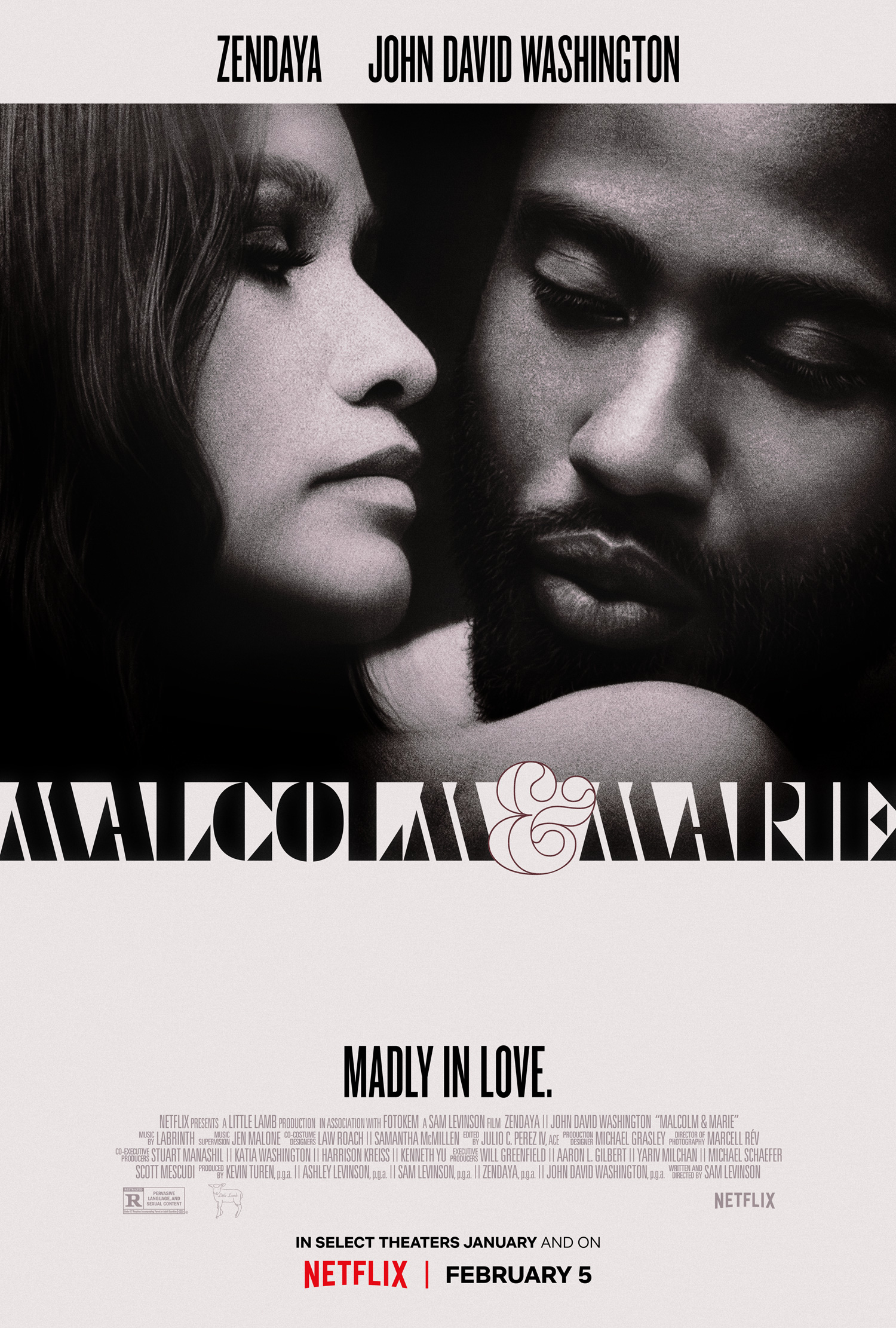 I’ve never seen HBO’s “Euphoria,” but now I’ll make it a priority. Not necessarily because the show’s creator, Sam Levinson, impressed me with the writing and directing of his new film “Malcolm & Marie” (on Netflix). But because the show’s star, who co-leads this movie with John David Washington (“BlacKkKlansman”) is that immensely talented of an actress. Her roles in movies like “The Greatest Showman” and “Spider-Man: Far From Home” didn’t do much to convince me of that, but this juicy role certainly did.

Malcolm, a filmmaker, and his partner Marie have just returned from the premiere of Malcolm’s directorial debut. The film was loosely inspired by Marie’s life as a former drug addict who got clean, so when Malcolm didn’t thank her in his speech, Marie was disappointed. That night, both of them vent their frustrations with one another. Whoever said nothing good ever happens after midnight could have seen this coming. Some critics have taken umbrage with Levinson’s script, but his script clearly doesn’t care too much for critics, either. Malcolm’s dislike of movie critics, especially ones who read too much into his work, plays a large role in the film. Maybe that’s why critics dislike it. As for me, I didn’t mind too much. Yes, it eventually gets a bit tiresome. But small-cast movies like this must be hell to write. All the movies I’ve seen with only a few cast members eventually got on my nerves. How often do a few people just sit around and talk anymore? And when they do, it’s never exciting enough to make into a movie. So, I’ve almost always been annoyed by these movies. This one is better than most of them that I remember.

But who cares, when Zendaya is this brilliant? She elevates Levinson’s writing more than it deserves. Heck…John David Washington does, too. A better movie would have really been a hit if it had these two acting efforts combining forces. I wish I thought more of the movie they were desperately trying to carry on their shoulders. It was fine, but I would have liked it just as much if I’d have hit the mute button and just watched Washington and Zendaya act their hearts out.

P.S. Follow me on LetterBoxd for daily reviews of movies I’m too lazy to write about on my blog (I wouldn’t want to overwhelm you guys anyway). LetterBoxd is my favorite app and I encourage anyone who watches movies with any frequency to download it and use it. And again, follow me for my opinion on literally every movie I see.