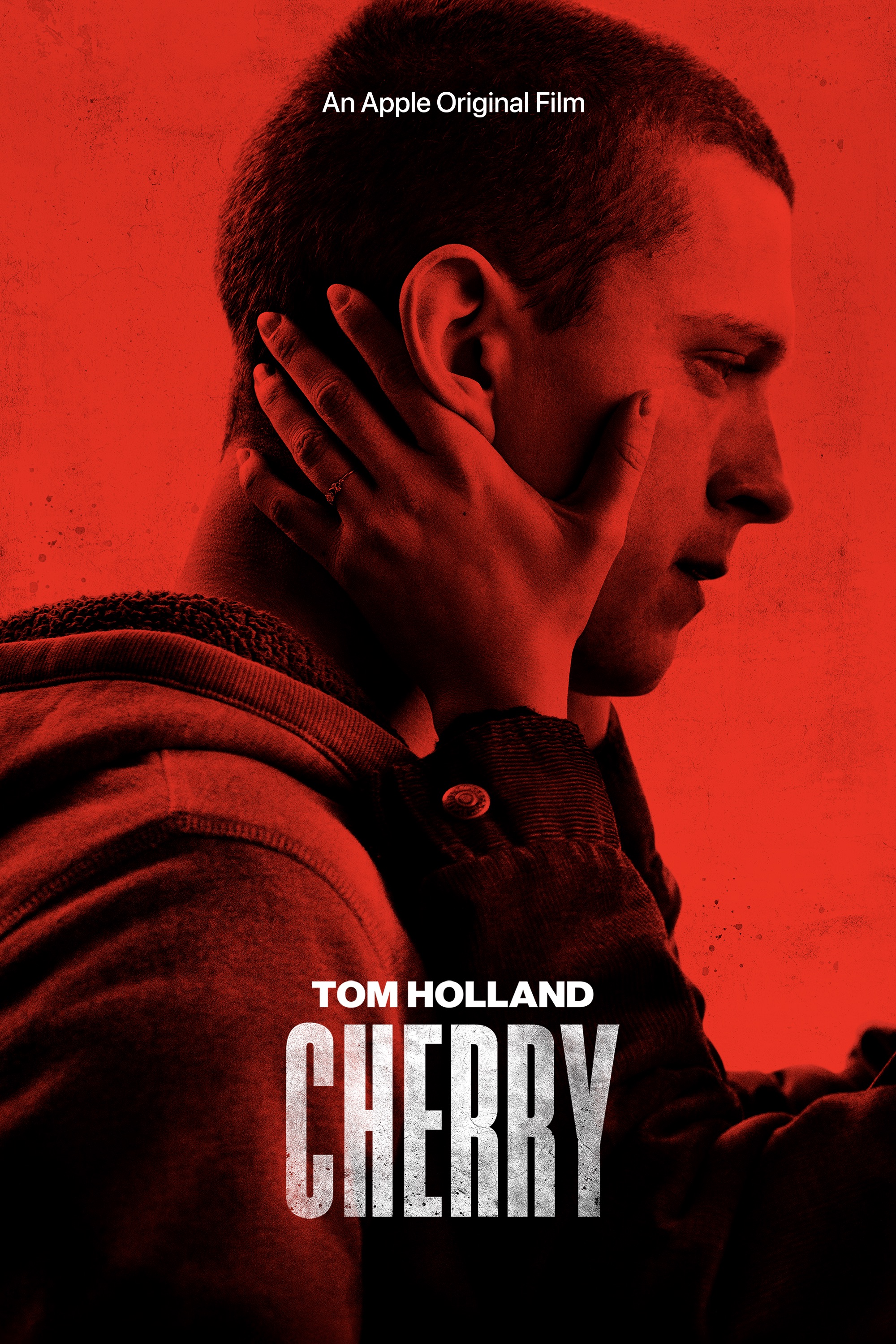 Directed by Joe and Anthony Russo

In the United States, we’re just a couple weeks shy of a year since COVID-19 caused a nationwide shutdown and subsequent panic (or did the panic come first?). What a year it’s been. “Cherry” eventually wound up being bought up by Apple TV+, where it’ll surely serve as a hot ticket item for the second-year streamer.

For the movie, Marvel directors Joe and Anthony Russo reteamed with “Avengers” fan-favorite Tom Holland (who plays Spider-Man, if you don’t remember) to tackle Nico Walker’s semi-autobiographical book of the same title. Walker, a former Army medic with PTSD, turned to robbing banks to get money for his opioid addiction. The role is Holland’s most grown-up yet, with lots of four-letter words, and “Cherry” serves as a kind of bar mitzvah for the 24-year-old actor. In a normal year, he might have Oscar potential. Holland nails the less savory side of his character—the side that would do just about anything for his next fix. Playing his young wife, breakout star Ciara Bravo does admirably in the first half of the movie, as she falls in love with Holland’s nameless character and sees him off to war. But Bravo has trouble playing the proverbial black swan as well as she plays the white swan. When her character falls into the same trap of addiction as her husband, Bravo isn’t quite as convincing. “Cherry” is the kind of sprawling story that paints a complete picture, full of details. It’s the kind of movie I’ve always enjoyed. To be fair, it’s also the kind of painting I enjoy: almost floor-to-ceiling, so big that it takes half a day to soak it all in. The Russo brothers are used to the sort of world-building that comes with directing a Marvel movie, so it’s no surprise that they’d do the same to a story set and filmed in and around their hometown of Cleveland. It may be relatively small in geographic scope (the trot to Iraq and back excluded), but “Cherry” feels huge. Henry Jackman contributes a loud and dramatic score that sometimes sounds like it’d better befit an old haunted house movie. It’s a short-lister for the Oscars, to be sure, and it adds a level of seriousness to this decidedly grown-up movie.

If Tom Holland wanted to make a statement after “Avengers: Endgame” (though he’s still not done playing Spider-Man), he made one here. I didn’t expect the next collaboration between the Russos and Holland to be so markedly different than their previous output, but here it is. It’s a difficult movie to watch, but worth it if you stay with it.

P.S. Follow me on LetterBoxd for daily reviews of movies I’m too lazy to write about on my blog (I wouldn’t want to overwhelm you guys anyway). LetterBoxd is my favorite app and I encourage anyone who watches movies with any frequency to download it and use it. And again, follow me for my opinion on literally every movie I see.