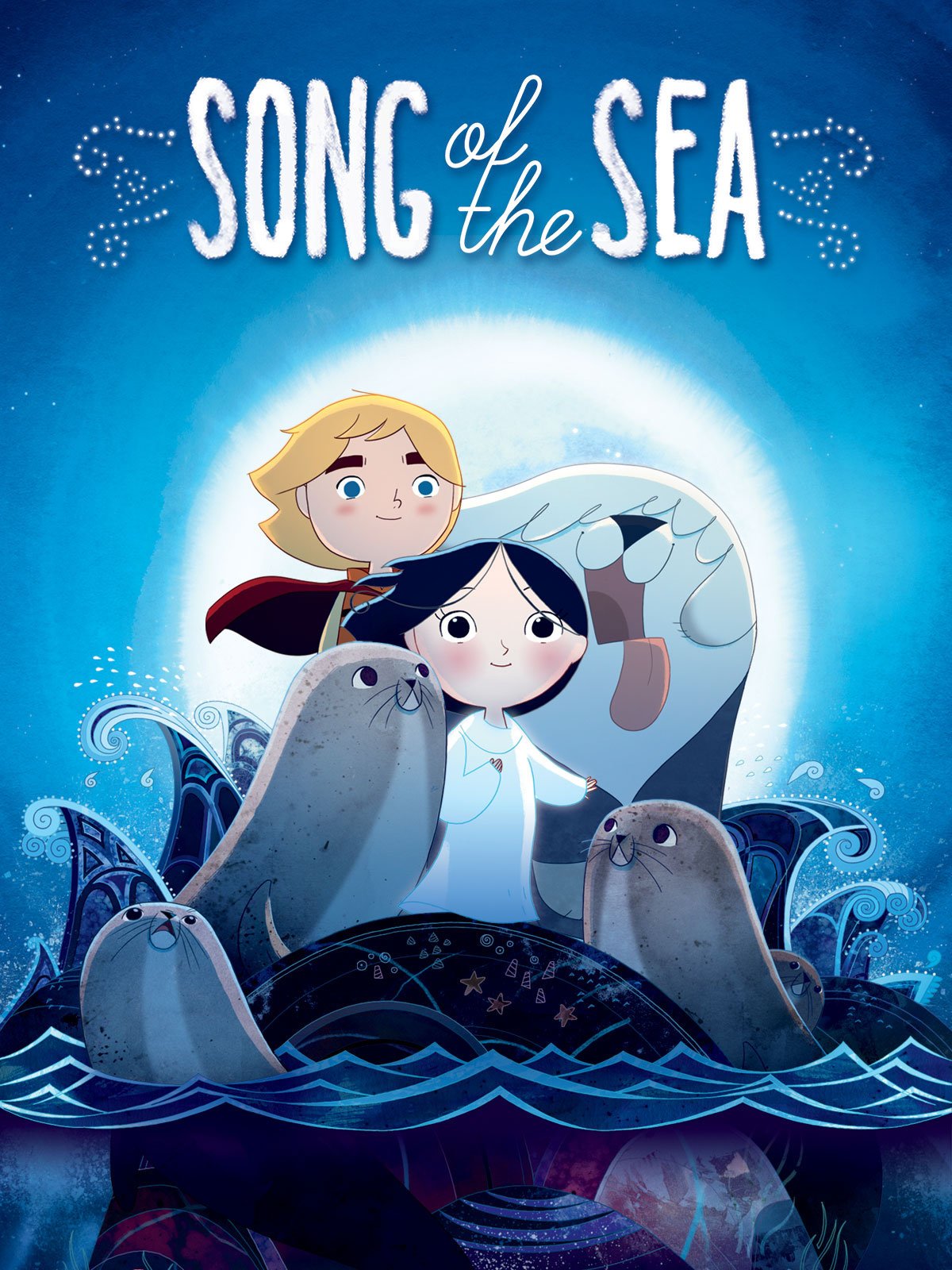 Irish director and animator Tomm Moore is about to receive his third Oscar nomination in the category Best Animated Feature, for his latest film “Wolfwalkers.” Not that many people would know that. His first two nominations, for “The Secret of Kells” and “Song of the Sea,” have gone underwatched by most American audiences. In 2009, “The Secret of Kells” competed against nominees from Pixar, Disney, and Wes Anderson. His was the only nominee that I still have yet to see from that year. In 2014, “Song of the Sea” lost to “Big Hero 6.” Moore’s movies have gotten friendly nominations in the past, perhaps more than anything as a way to point these movies out to those who hadn’t heard about them…but “Wolfwalkers” may succeed where his other films have not. Maybe. I, for one, liked it as much as “Soul.” Anyway, “Wolfwalkers” was the first of Moore’s movies that I had seen, but it led me to seek out this earlier work. I decided to start with “Song of the Sea,” which was similarly based on an old Irish folktale. But I found “Song of the Sea” lacking where “Wolfwalkers” excelled—in its storytelling.

Ben (David Rawle) still blames his sister Saoirse (Lucy O’Connell) for his mother’s death. He also blames her when they have to move to live with their Grandma (Fionnula Flanagan). Their father’s (Brendan Gleeson) lighthouse home is too dangerous for children, the grandma says. And Ben is hesitant to help his sister when she is taken by a group of fairies, until he hears his mother’s words echoing in his head. What follows is a quest to help the soul of his sister, his mother, and all the other fairies who are in danger of turning to stone at the hands of the Owl Witch.

Moore’s gorgeous 2D animation is certainly present in “Song of the Sea” just as it was in “Wolfwalkers.” Every frame is a pleasure to look at. And for a while, I was interested in the story. The quest, which “Song of the Sea” eventually becomes, is a tried-and-true basis for many a children’s story. But soon, the meandering tale lost me. I wanted to enjoy this story about a touching brother/sister relationship, but I just couldn’t. Perhaps it was a bit too sweet, too predictable. It felt familiar, but I don’t remember what it reminded me of. Any movie where siblings who don’t always get along nevertheless look out for one another in the face of evil, I guess. I’m glad Moore’s movies have kept a great storytelling tradition alive and immortalized a few old legends in this style. I appreciate the effort. I just couldn’t latch on this time.

Moore’s next work as animator is on the feature-length “The Inventor,” about Leonardo da Vinci. The movie, directed by Jim Capobianco (writer for “Ratatouille”), recently got funded through Kickstarter, and stars Stephen Fry and Daisey Ridley. I only mention this because I was a backer and I only today discovered Moore’s involvement. And now I’m a bit more excited. Anyway, “Song of the Sea” was fine.