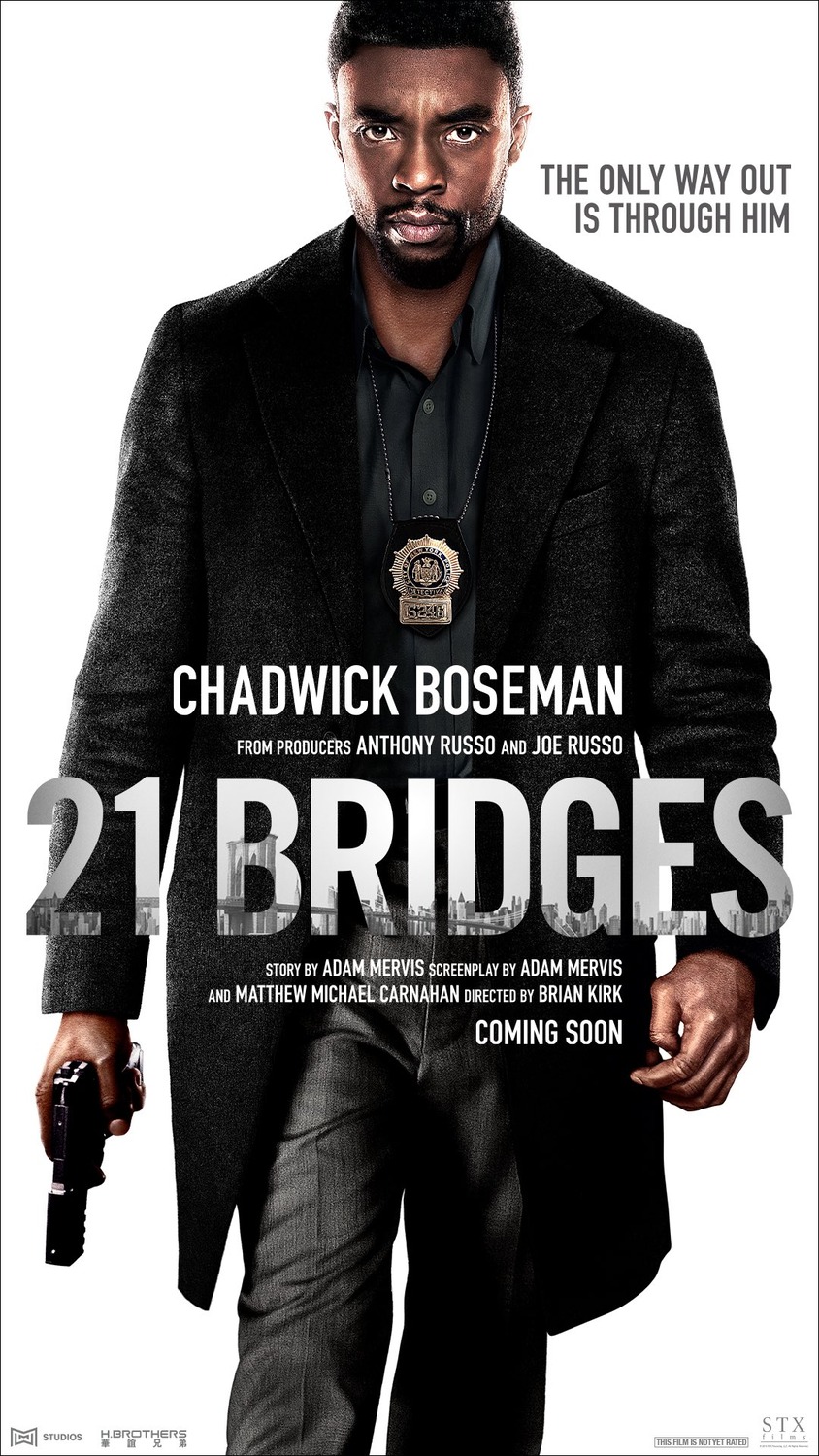 After “Black Panther,” “Avengers: Infinity War,” and “Avengers: Endgame” (three of the top five highest-grossing movies domestically of all time), Chadwick Boseman’s next role was in “21 Bridges,” a crime thriller that only made $17 million more than its budget. It was a shift-change, but it wasn’t unfamiliar territory. Boseman came with Joe and Anthony Russo, who had directed him in both of his “Avengers” movies and produced “21 Bridges.” Boseman, probably already feeling the effects of the disease that would eventually take his life, looks to be at the top of his game.

Nineteen years after the death of his father, an NYPD cop, Andre Davis (Boseman) is now a detective himself. One night, after two young men (Taylor Kitsch and Stephan James) kill seven cops, he’s brought on the case. His plan to shut down Manhattan Island to keep the criminals from escaping is met with hesitation, but is ultimately carried out. You normally only see this kind of police response when a monster attacks the city. What follows is a night of chases and revelations.

“21 Bridges” meets at the intersection of Black lives and blue lives. It asks us to root for a cop, but it also introduces us to a perp who is more sympathetic than most criminals (and some of these cops). Stephan James (who plays that character) is one of my favorite young actors, and the star of “If Beale Street Could Talk” and “Race” shows he can capably handle action, too. Watching him and Boseman play cops-and-robbers is a blast. It lifts “21 Bridges” above so many of the other crime thrillers that release every year (especially the kind that take place over the course of a night, like “Run All Night,” and the kind with dirty cops, like “Sleepless.”). It feels like “Heat” at times, though it’s obviously not quite that caliber. It does have one great chase scene to hang its hat on. And it’s aided by some great music. Lately, Henry Jackman has made some of my favorite action movie music. His work on “Kingsman” and “Kong: Skull Island” have spots on my Spotify playlist for movie scores. This music is similarly effective in eliciting that “Oh shit” feeling the movie wants you to feel. “21 Bridges” does what you would want it to do. I dug it.