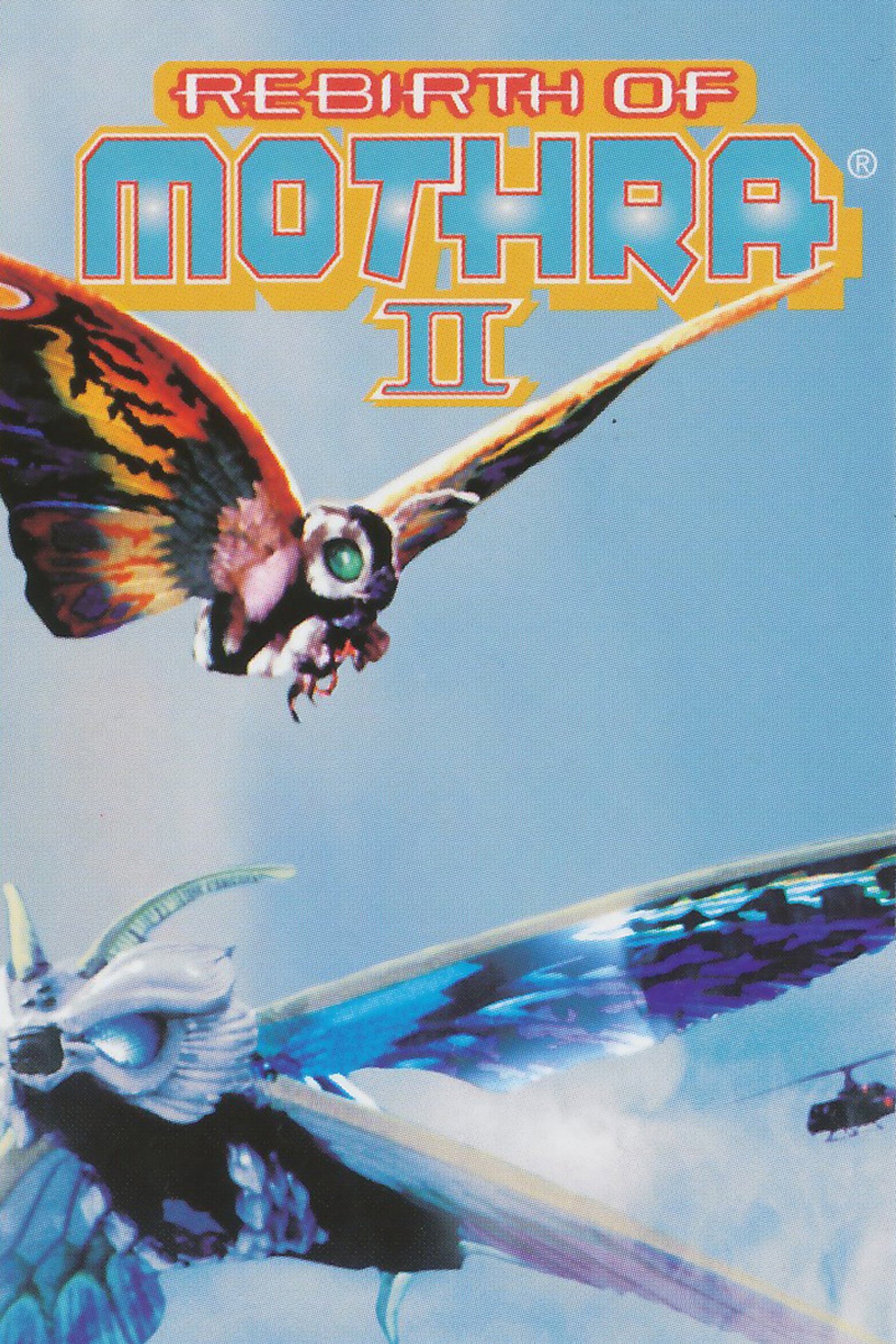 After suffering through “Rebirth of Mothra,” I forced myself to watch “Rebirth of Mothra II” so that the completist in me would feel compelled to finish the trilogy. Completism was what brought me to this trilogy in the first place. I’ve already watched all of the Godzilla movies, so why not all the Mothra movies, too? But this direct sequel was so bad, I don’t think I could take even a minute more (much less 100 minutes).

“Rebirth of Mothra II” has a plot too excruciatingly strange to recount, but I will try. The miniature fairy sister Lora (Sayaka Yamaguchi) and Moll (Megumi Kobayashi) are back, as is their evil sister Belvera (Aki Hano), but this time Mothra Leo (the son of the one seen in the “Rebirth of Mothra”…this is the first Mothra movie without a female Mothra) has a new foe, Dagahra. Also new to the party are three schoolchildren, a Furby-looking creature named Gohgo (this released a year before Furby, actually), and two buffoonish men who follow the children to a lost city for some reason I truly don’t remember thirty minutes later.

I thought “Rebirth of Mothra” had some mediocre special effects, but whoever was behind the effects for its sequel should actually be laughed out of the industry. For what it’s worth, the practical effects (directed by Godzilla veteran Koichi Kawakita) are again tolerable. The costumes look fine, and the miniature models that were built on the set look convincing enough. I took umbrage with the effects added later, using computers. And I was absolutely appalled by the acting, especially what was coming from the children. I guess I should blame the director, Kunio Miyoshi (logging his only directing credit), for not giving them the right guidance, but seriously it was egregious. The adults weren’t much better. But what were, for instance, the two actors playing the human baddies supposed to do with such flimsy characters? They were goons, the type that mess with kids without seeing the problem with it. As Mothra’s kaiju foe, Dagahra is even worse than Desghidorah. Clunky and inflexible, with unnatural movements and an unflattering shape.

“Rebirth of Mothra II” is about as bad as it gets. It put me to sleep, literally, more than once (don’t worry, I rewound to catch myself up). I hear part three involves time travel, so I don’t know whether to be excited for the change of pace or to run in the opposite direction.