Let’s get one thing out of the way…frankly, I’m only reviewing “Dark Phoenix” because superhero movie reviews perform well on my blog. I wouldn’t normally review a critically panned and quickly forgotten sequel almost two years after its release. But here I am, doing just that. Forgive me (or thank me by giving this review tons of views and I’ll keep reviewing terrible tentpole movies).

Fans of the X-Men comic books and animated series anticipated “Dark Phoenix” because it finally told the fan-favorite story of Jean Grey. But after “Apocalypse,” which was the worst movie in the X-Men franchise, I couldn’t look forward to another entry. “Dark Phoenix” finds the “First Class” crew (McAvoy, Lawrence, Hoult, etc.) in a new position: in good favor with the U.S. government. But after an accident in space awakens a dark side of Jean Grey (Sophie Turner) that turns her unexpectedly violent, the government turns against the mutants once again. But a race of aliens led by Jessica Chastain (well, an alien possessing her body) has something to gain by finding Jean Grey and convincing her to let her inner demons run free. 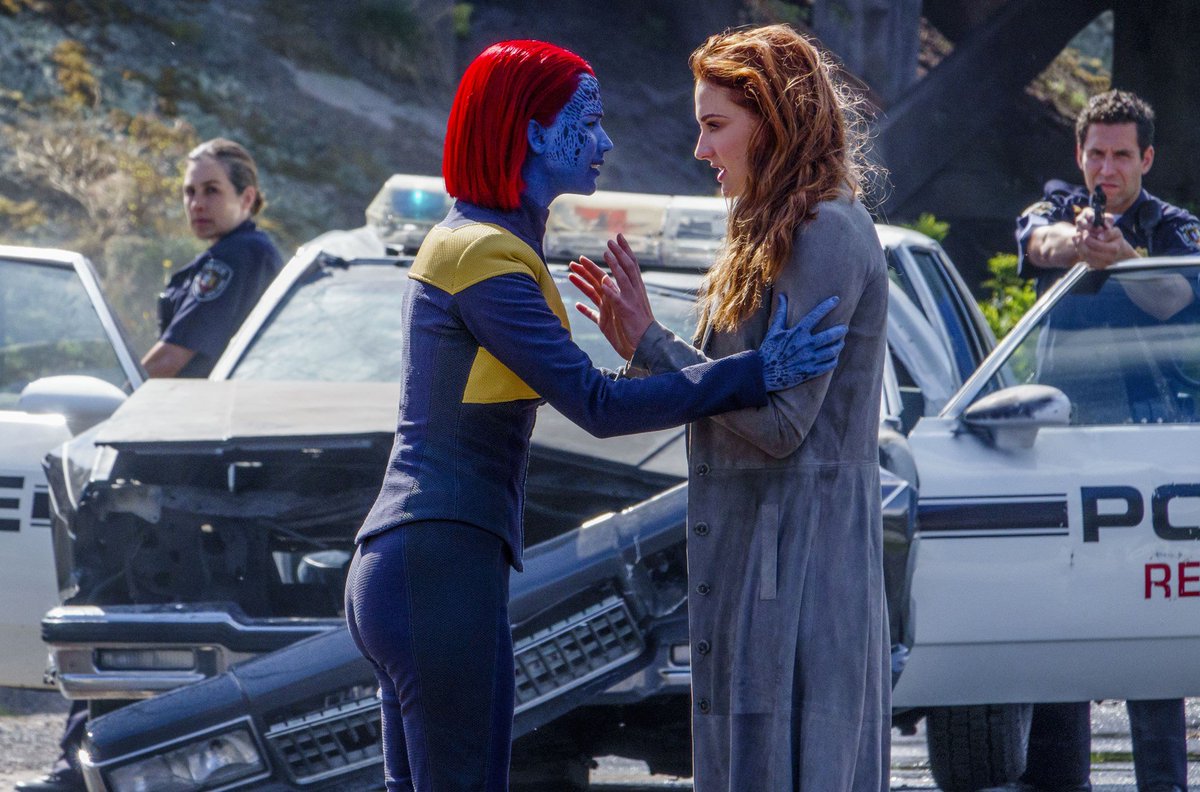 Sophie Turner and Tye Sheridan (playing Jean Grey’s love, Cyclops) are the weakest links in this veteran ensemble, but guess who we really need to carry the brunt of the load—that’s right, Sophie Turner and Tye Sheridan. The chemistry between Jennifer Lawrence and Nicholas Hoult has been weird since the former couple split up five years ago, too. At least James McAvoy and Michael Fassbender are the usual brilliant selves (why are either of them still doing this?).

“Dark Phoenix” wants to be a visual spectacle, but it’s one of the ugliest summer blockbusters I’ve seen lately. You may have seen the meme comparing Jennifer Lawrence’s Raven to the previous depictions of the character (including hers). The makeup seems noticeably simpler, less interesting. The costumes are similarly bland. They look like they were picked up straight from the oldest X-Men comic books, where art was too small to include superfluous detail. This is a movie! Amp up the makeup and costumes!

I will say, I’m surprised to find myself saying “Dark Phoenix” isn’t the worst “X-Men” movie. Maybe “Apocalypse” just really lowered my expectations. Maybe I waited long enough after “Dark Phoenix” got such backlash from critics and viewers alike. Anyway, I wouldn’t watch it again, but I felt a need to finish what I started twenty years ago (even though this isn’t the furthest ahead chronologically, obviously…hell, why did I watch this?)