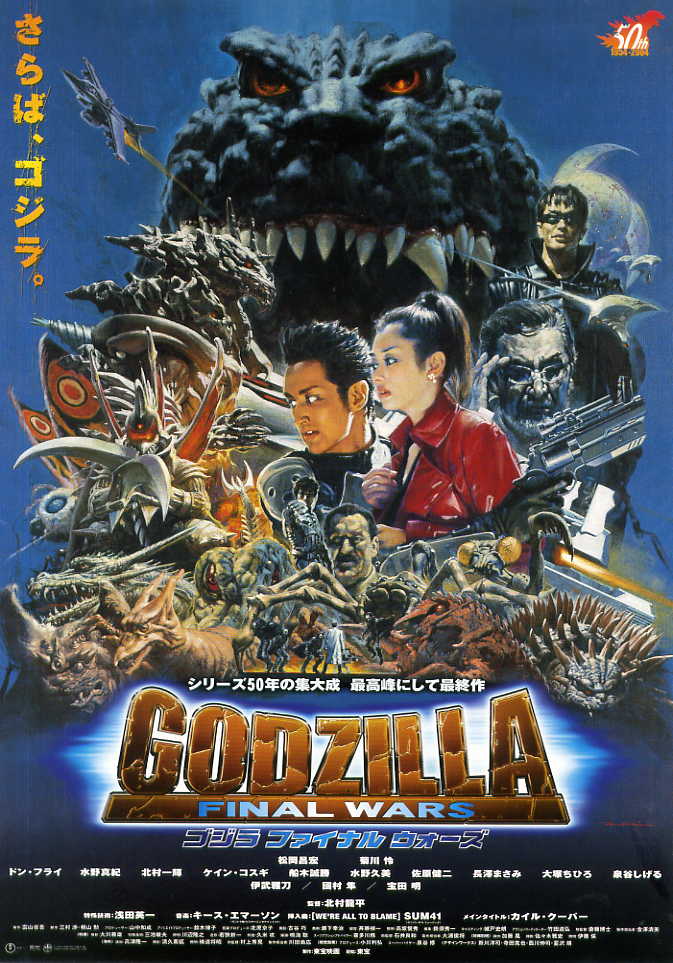 Finally, the franchise that has done everything under the sun did the one thing it needed to do the whole time: lean in. “Godzilla: Final Wars” embraced its truth, that it is a totally over-the-top spectacle, a mix of seriously cool and intentionally batty. And and did it just in time, too. After director Ryûhei Kitamura’s only Godzilla movie, Toho would go on another self-imposed break…this time for 12 years, the longest gap between Godzilla movies since the first movie was released fifty years earlier. Unlike the final movies of its other eras, “Godzilla: Final Wars” ended the Millennium era on a high note.

The Xiliens are back, forty years after the world was introduced to them in “Invasion of Astro-Monster,” the sixth film in the Godzilla franchise. This time, they’ve captured many of the monsters from around the world—Rodan, Anguira, Hedorah, Ebirah, King Caesar, and more—and plan to use them to control Earth and harvest its citizens for parts. Yeah. Heavy stuff. But they didn’t capture Godzilla, who has been stuck in a glacier in Antarctica for decades. And Godzilla won’t back down from a fight, even if it’s the fight of his life.

“Godzilla: Final Wars” is full of monster fights, but it also includes more human-on-human fighting than any Godzilla movie before it (running more than two hours, it definitely has time for both). In the world of this standalone movie, mutants who look like humans are trained to protect Japan from monsters and aliens alike. They use big guns and plenty of parkour to take down all of Earth’s enemies, but the Xiliens are an especially formidable foe. Thankfully, the well-choreographed fight scenes are plenty fun to watch. But it’s the abundance of kaiju that make “Godzilla: Final Wars” the epic blockbuster it is. They’re introduced in fun and exciting ways—I imagine this is what 2019’s Hollywood dud “Godzilla: King of the Monsters” had in mind. I expected to see a handful of the monsters, but some hadn’t shown up in a Godzilla movie in decades. Some were only in one movie. The filmmakers recognized that real Godzilla fans were tired of seeing just Mothra, Ghidorah, and Mechagodzilla over and over again. It was time to bring back the C-list monsters for one more rumble.

“Godzilla: Final Monsters” took visual and musical cues from movies like “The Matrix,” which had released not long before. Its muted colors suggest a dystopian theme, even before we watch Japan become a wasteland after several monster attacks. The movie had American involvement, and was the first Toho Godzilla film to release in the U.S. before it hit Japanese theaters. The influence is apparent, but it’s not distracting. The Godzilla franchise has evolved enormously since 1954, and “Final Wars” seems like the culmination of that transformation.