Takao Okawara became the first director to helm Godzilla movies from two different eras when he directed “Godzilla 2000: Millennium.” Taking a slightly different approach than the past eras of Godzilla films, the Millennium Era would contain six standalone movies. Like the last time the franchise was restarted, these movies ignore all sequels and include only the original “Godzilla” in their canon. These movies employed more CGI than past films, and have perhaps a more polished look. They also basically did away with miniature models, instead relying more on green screen compositing to put Godzilla in real-life locales. All of these things made “Godzilla 2000: Millennium,” and the rest of the Millennium-era films, very unlike either of the past two eras. 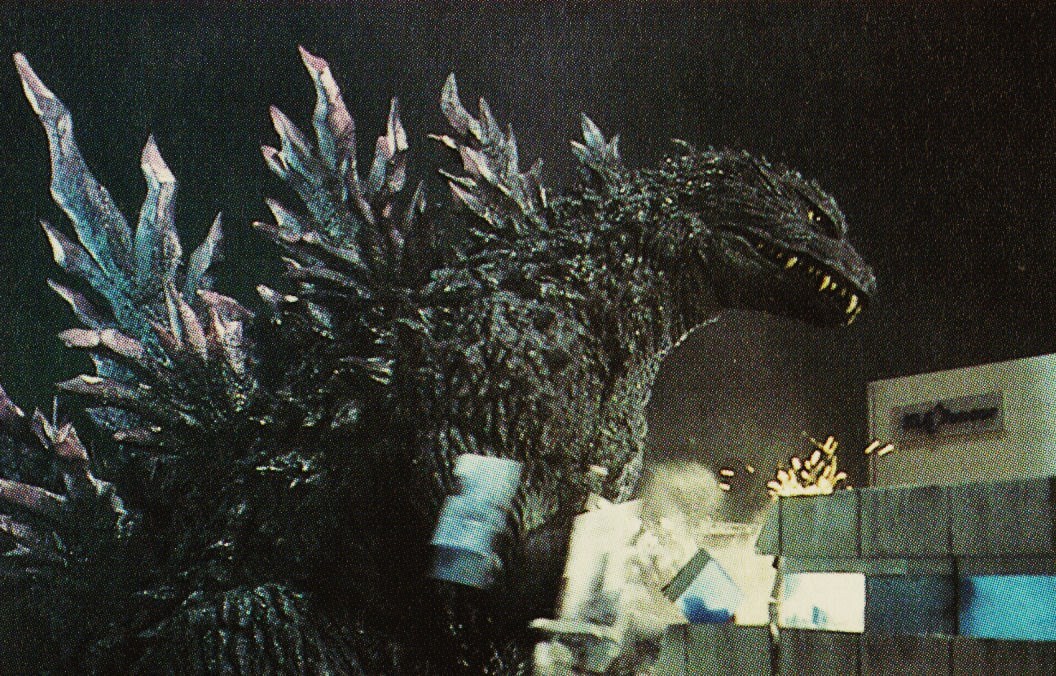 Godzilla is back—but Yuji (Takehiro Murata) and his daughter Io (Mayu Suzuki), who make up the Godzilla Prediction Network, already knew that. They’re joined by a down-on-her-luck reporter, Yuki (Naomi Nishida), who acts like she has better things to do. Yuji has made strides in his prediction work, but no one can guess what will happen next. When a large boulder floats up from the ocean floor, and then begins to fly, it heads straight for the scene where the military is fighting Godzilla. Out of nowhere, it fires a powerful beam of light from a cannon on its side…knocking Godzilla clean off his feet. What follows is a strange and unpredictable series of events that make “Godzilla 2000: Millennium” more fun than some of the monotonous and stale movies that preceded it.’ 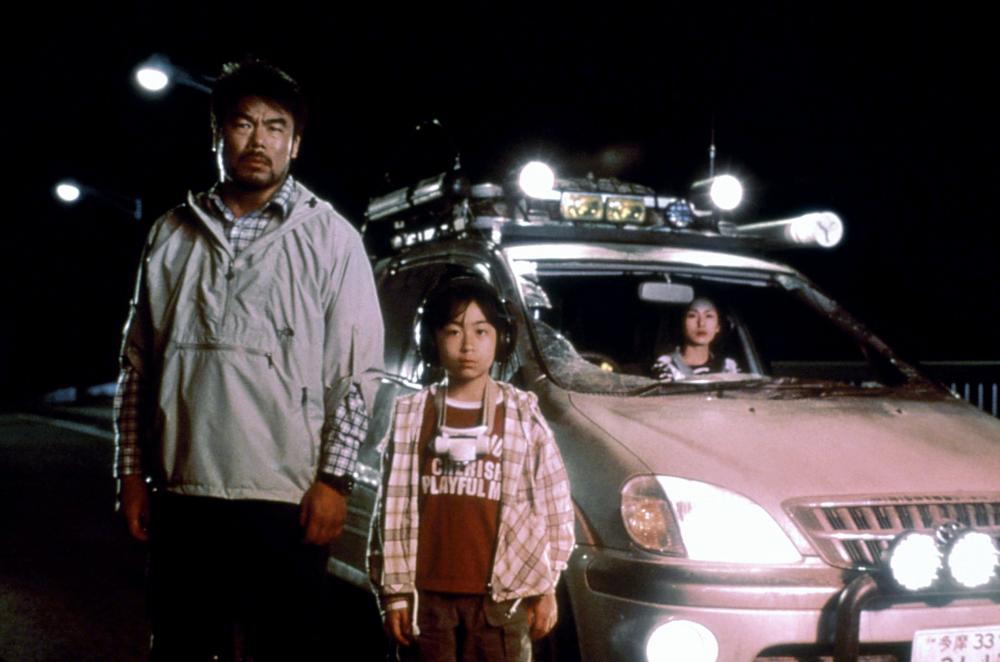 The character dynamic, finally, is worth mentioning again. The father/daughter team is fun to watch, especially considering the young girl’s whip-smart attitude. Mayu Suzuki is the movie’s MVP, in my opinion. I also enjoyed the way their tagalong, a reporter (a profession we’ve seen plenty of times before in Godzilla movies), is reluctant to be there and doesn’t fall in love with the single man she’s spending time with (which is something rather new to the franchise). Then, to top it off, there’s Yuji’s old research partner, Shiro (Shirō Sano), who now works for the Godzilla Prediction Network’s big-budget rival company. All of these character relationships feel new and exciting. While we never learn much about the characters’ backstories (we almost never do in these movies), we know enough to understand their individual motivations. The characters tell us more about themselves than they realize, just by showing us how they respond to situations. 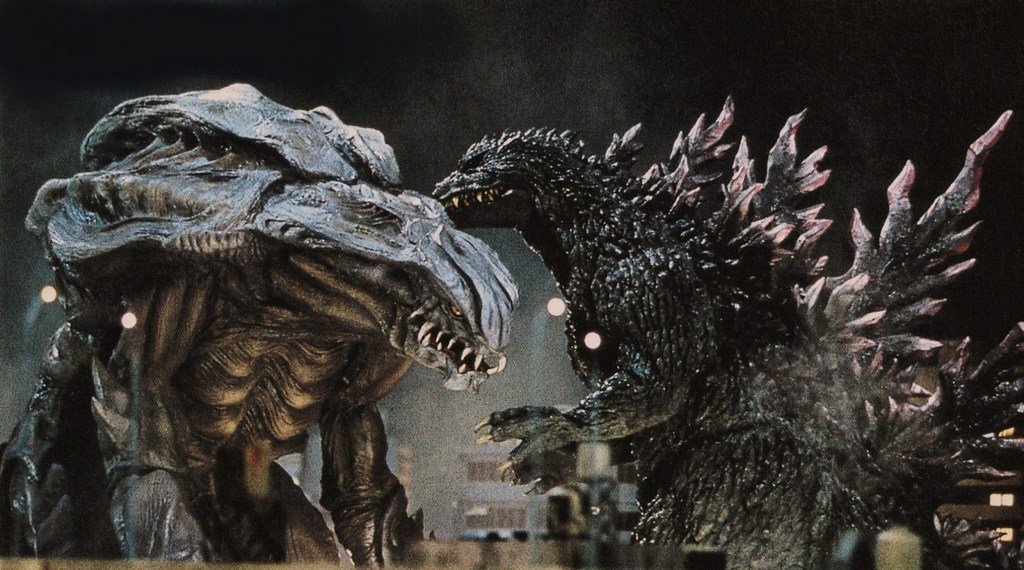 “Godzilla 2000: Millennium” uses computer-generated effects to its benefit, even if they sometimes look incredibly dated. If you couldn’t get through “The Abyss” without thinking “That’s the best they could do?” you’ll occasionally have similar concerns with this movie. But on the whole, the movie looks good. The use of compositing to place Godzilla (Tsutomu Kitagawa, who went on to wear the Godzilla suit in five of the six Millennium-era movies) in real-life Japan is really believable, and it allowed the movie to do a lot more than when they were stuck using on what they could recreate using models.

Maybe it’s just because I’ve watched 22 in a row, but I was excited to see a Godzilla movie that changed it up significantly. Godzilla went through many phases, but this is definitely a new one.

4 thoughts on “‘Godzilla 2000: Millennium’ made significant use of new technology”