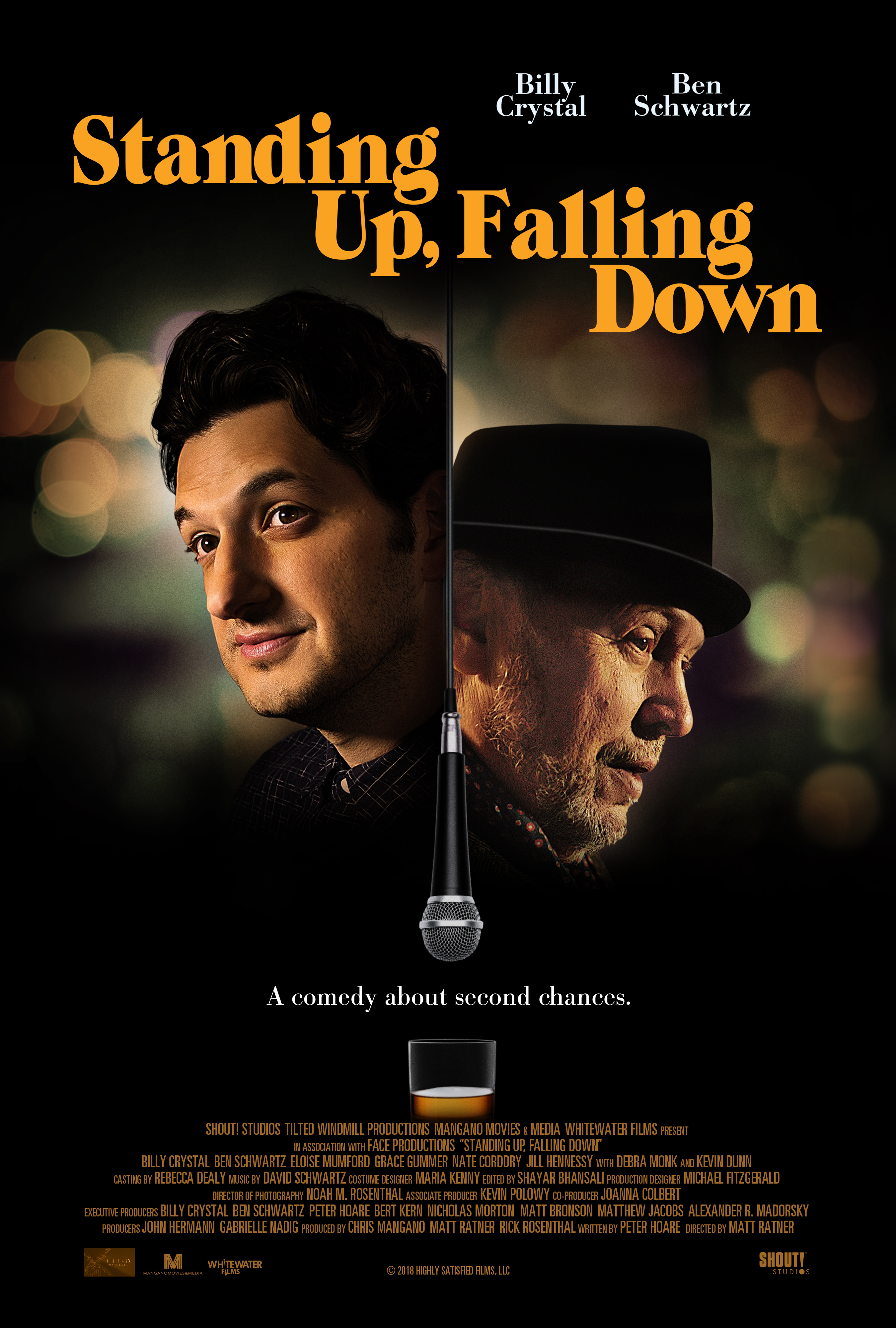 When a young comedian (Ben Schwartz) with an unaffectionate father (Kevin Dunn) meets an aging dermatologist (Billy Crystal) whose own son won’t pick up his calls, you have to expect that they’ll become fast friends. “Standing Up, Falling Down,” director Matt Ratner’s debut, is a little too obvious. Obvious and a little strange…it isn’t alarming when a 30-year-old makes a new friend, but it is when it’s his 65-year-old doctor. 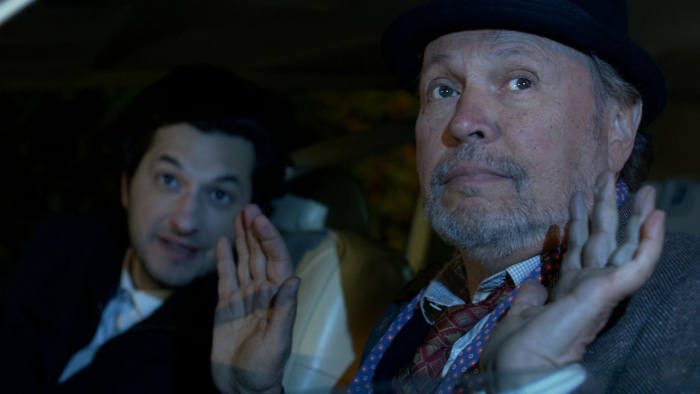 My infatuation with Ben Schwartz dates back to 2010, when he started guesting on “Parks and Recreation” as the insane Jean Ralphio. That said, it pains me to say he wasn’t right for this movie. Its mix of sorta-funny and sorta-dark might have better suited a more serious actor (say, Timothée Chalamet), who probably could have faked being a stand-up comic for a few scenes better than Ben Schwartz faked being a guy going through a really tough time in his life. I bought Billy Crystal as the sad old drunk, but the script from Peter Hoare didn’t give him (or anyone else) much to work with. The jokes felt a decade old—tired and unfunny. And the story took a few too many predictable turns. Everything felt like it had been done before. “Standing Up, Falling Down” is the kind of movie that makes people say, “There just aren’t any new ideas in Hollywood.” Good movies challenge that perception; this one didn’t.