In 1972, a Japanese student won a contest put on by Toho to create a new hero for one of their non-Godzilla standalone movies. The boy’s drawing was of a robot he called Red Arone. Toho renamed the character Jet Jaguar, gave it a redesign (which, allegedly, annoyed the child), and intended to build a movie around it to release within the year. Eventually, they decided the idea wouldn’t be financially wise, so a new “Godzilla” movie was built around the character of Jet Jaguar. That movie was “Godzilla vs. Megalon” (directed by Jun Fukuda), which shot in just three weeks due to all the back-and-forth. 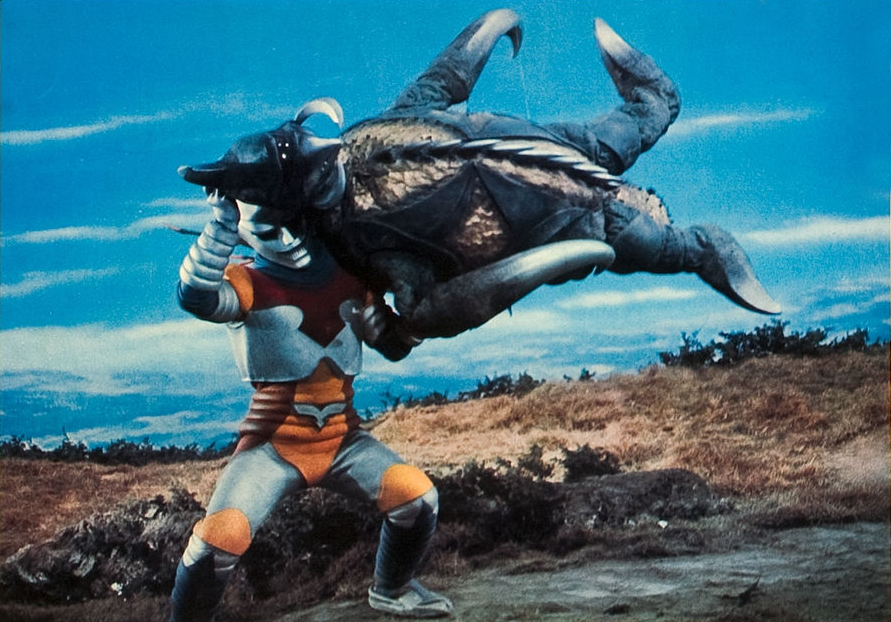 As soon as Jet Jaguar, the robot built by a scientist named Goro (Katsuhiko Sasaki), is completed, he is taken by thugs sent by an underground civilization. The subterranean dwellers are annoyed by the nuclear testing still taking place above them (you know the feeling if you’ve ever had noisy upstairs neighbors), and decide to send their own monster, Megalon, to attack (using Jet Jaguar as his guide). Goro, his kid brother Rokuro (Hiroyuki Kawase), and his good friend Hiroshi (Yutaka Hayashi) are pulled into the middle of this revenge plot when they try to put up a fight, and they all end up being taken by the bad guys. Eventually, Goro regains control of his robot and uses him to call upon Godzilla to help fight Megalon. But when Megalon tags in Gigan, the match evens up again.

The character design of Megalon is really neat, like a Japanese rhinoceros beetle. The lightning that comes from his head, I’ll admit, unfortunately makes his destruction look a lot like Ghidorah’s (conveniently…plenty of old footage from the several Ghidorah movies are reused for these scenes). A new Godzilla costume was made for the movie and apparently it was heavier and less flexible than past costumes. Could’ve fooled me. Shinji Takagi, taking over the role of Godzilla from Haruo Nakajima, holds his own, and the costume itself looked good. Despite the eyes being stationary (one of the victims of the short time frame allotted to create the new suit), the head and face looked better than maybe any of the suits that came before. 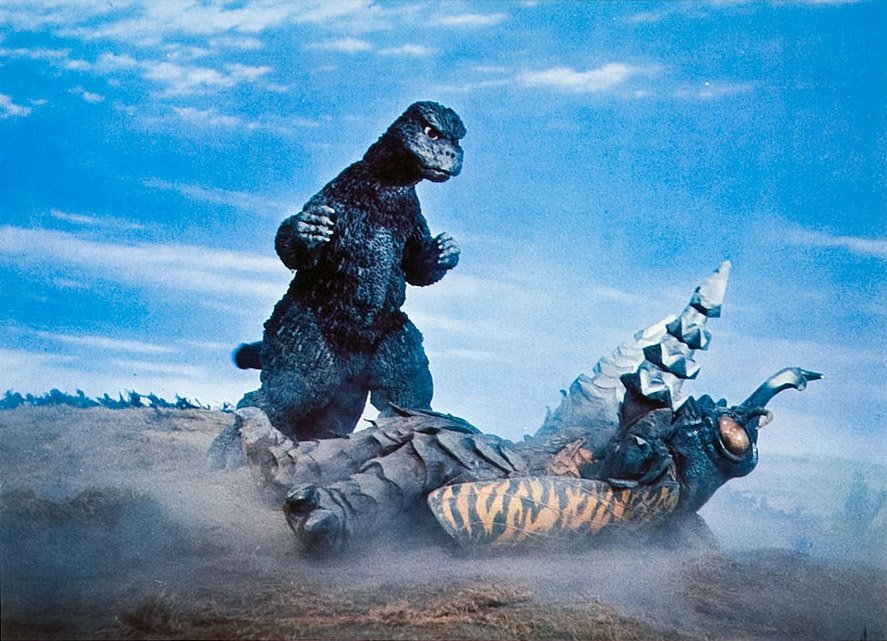 The human characters aren’t given much of a backstory, but you know a bit more about them than some of the characters in previous movies. Anyway, you begin to care what happens to them. That’s important. The underground villains are not shown much, and their motives are somewhat confusing, but the everyday thugs they send up to grab Jet Jaguar from Goro’s lab are more relatable. And when Goro, Hiroshi, and little Rokuro get into car chases and fistfights with these baddies, it’s pretty dang fun. 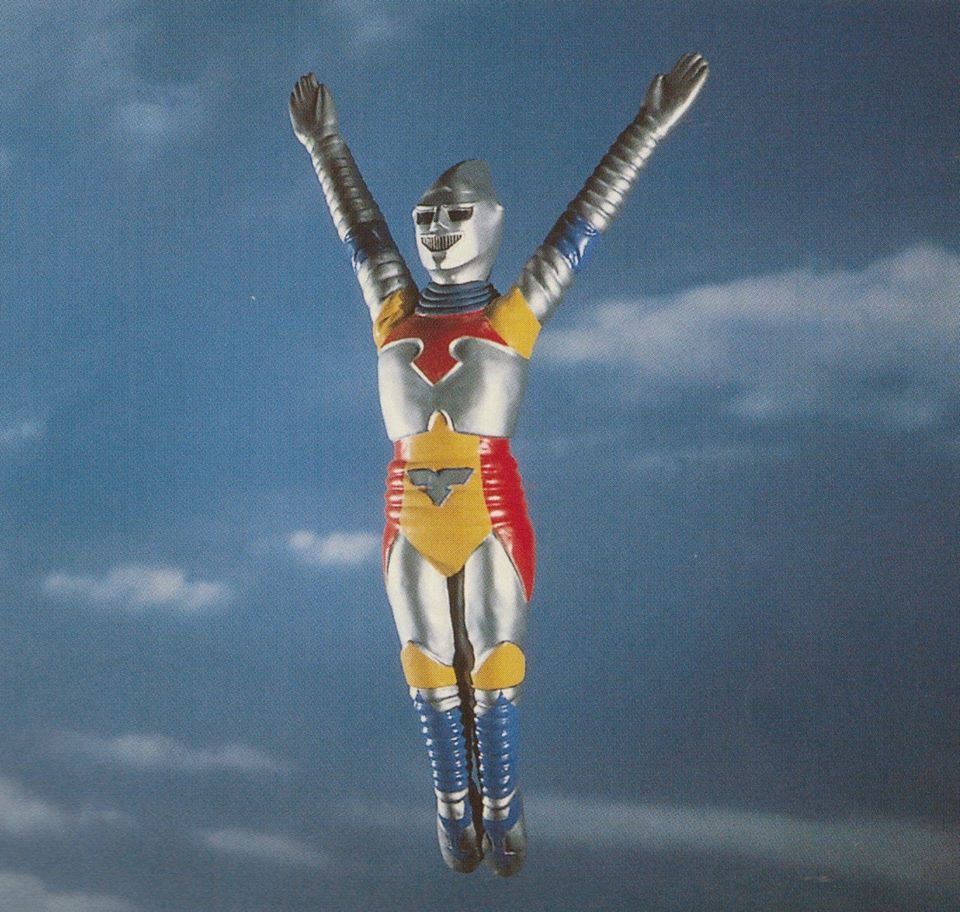 How Toho managed to make so many of these films under such tight schedules and budgetary constrictions, I’ll never know. This is another victim of the roller-coaster method—another story in which Godzilla was a second thought, another one shot in mere weeks, another one released the year after the last one. It’s enough to make your head spin. But despite the pressure, “Godzilla vs. Megalon” is another watchable Toho Godzilla movie. While my rating is middling, I’ve grown fond of these movies the more I watch them. I’ll be sad to be done.