“Time” is like a memoir, but it’s also like a motivational speech. It’s an elegy, but in the same breath it’s a call for action. While a documentary like “13th” might be better if you’re looking for a detailed history of mass incarceration in America, Fox Richardson—the central figure in “Time,” who documents her fight to free her husband from jail—is the perfect person to show the emotional impact of our flawed criminal justice system.

In 1999, thinking they had no other option, Fox and her husband Rob, plus his nephew, committed an armed robbery of a bank. All three pleaded guilty, and Fox served a few years in jail. But Rob’s lawyer failed to negotiate a plea deal, his case went in front of a jury, and he was eventually sentenced to 60 years—essentially a life sentence, all for an offense where nobody was killed or seriously injured. For twenty years, Fox raised the children (she was pregnant with twins when Rob went to jail) and fought to get her husband a new, fairer, sentence. 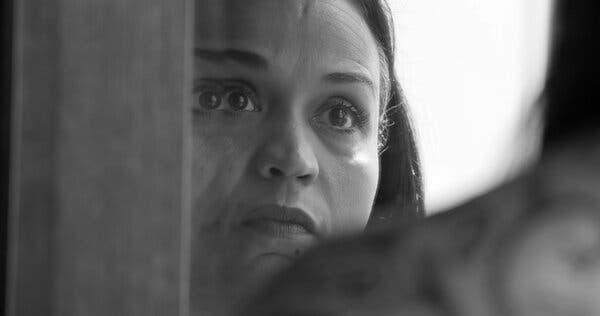 “Time” flashes back and forth from the present day to the past, checking in on the family throughout this difficult process. Footage shows Fox giving speeches at colleges and group meetings, calling jails and lawyers and who knows who else. But these calls were usually not very helpful, and the documentary left out some of the important efforts that resulted in Rob’s getting out of prison. I assume there was research, and meetings, and more productive phone calls than the ones we saw. But frankly, “Time” cares more about the family, and about how they’re getting on.

The film’s jazzy score and black & white cinematography (a smart way to make the old footage and the new blend together seamlessly) make it stand out in a crowd, but ultimately “Time” is more about emotion than story or information. I found it beautiful, but lacking something engaging.