In 1971, Yoshimitsu Banno gained his only directing credit when he helmed “Godzilla vs. Hedorah.” (He would, however, pop up 40 years later to help produce Gareth Edwards’s 2014 “Godzilla”). Not since we were introduced to Mothra seven years prior had we seen the “vs.” in a Godzilla movie title, so expectations were high for a major one-on-one showdown. And that’s what we got! No other monsters but the titular two make an appearance in the film, which was also a first since “Mothra vs. Godzilla.” But for reasons not having to do with Godzilla or his rival, “Godzilla vs. Hedorah” didn’t crack the upper tier of Godzilla movies.

When a marine biologist (Akira Yamauchi) is given a strange, oversized tadpole-shaped creature by a curious fisherman, the scientist and his young son (Hiroyuki Kawase) begin trying to solve the mystery of its origins. Once they discover that it feeds off Japan’s air and water pollution and amplifies the pollution’s dangerous effects, they try to think of a way to stop it. Godzilla helps, but even he is harmed by the monster’s deadly sludge.

Because of its population density and abundance of factories, Japan has long had a problem with air quality. “Godzilla vs. Hedorah” was basically a public service announcement to the people of the country: stop polluting the air or people will continue to die. It had been a few years since a Godzilla movie had shown death quite so frequently or so graphically as it did in this film. It is reported in the movie that one Hedorah attack killed 30,000 Japanese civilians. We see several killed by Hedorah’s sludge, which burns their flesh and leaves only their smoking skeletons behind—or just buries them so deep in muck that they suffocate. The horrific deaths only push the message harder—pollution is killing Japanese citizens and only by working together can we put an end to the threat. Using allegory worked well for the earliest “Godzilla” movies, which harkened back to the then-recent threat of nuclear war. Filmmakers thought they could successfully pull off the trick again with a different public enemy, and they did. 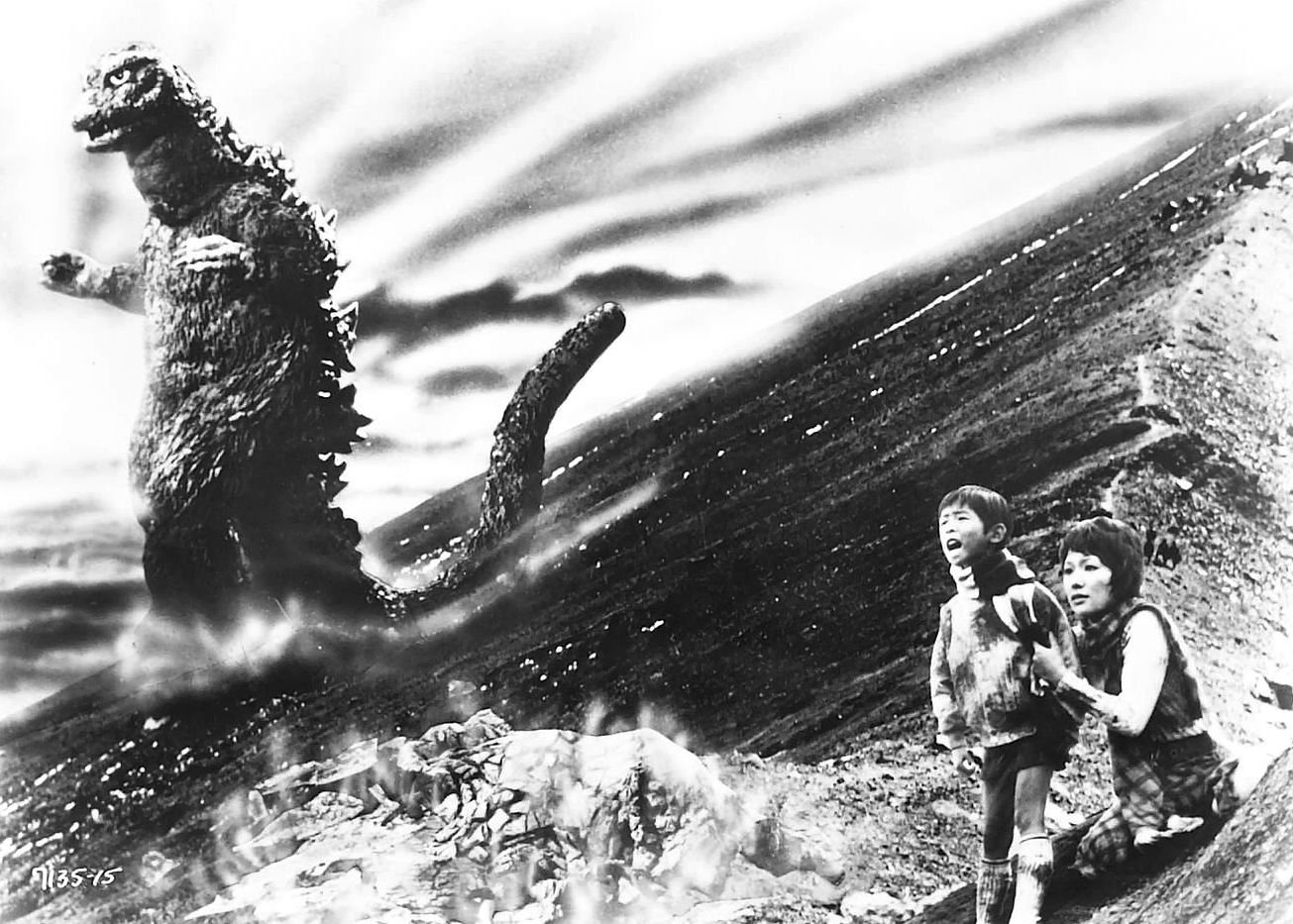 But that doesn’t mean the movie itself is great. I appreciate that Hedorah’s origins are baffling—even in a world that has seen its fair share of monsters before now—but the characters at the story’s center are unexciting. Dr. Yano, the fish scientist, is a sleepy, cold character, and his son is adorable but not used well. Dr. Yano has a brother-in-law who seems like he was added to the story later in an effort to include a hippie character—it’s the ‘70s now, so the franchise leaned in (not only with the few hippie characters but also with the funky wordless animated scenes sometimes used to transition between the action). “Godzilla vs. Hedorah” is also, at the same time, the dreariest Godzilla movie since its black and white origin story.

Director Banno took a risk when he brought his idea for a pollution monster to the big screen—filming the whole thing in just 35 days, even—but the end result is a mixed bag.