Intended to be the last “Godzilla” movie Toho made, “Destroy All Monsters” is set decades in the future and boasts more monsters than had ever been shown so far in the franchise. Director Ishirô Honda returned to helm, after Jun Fukuda sat in the director’s chair for the prior two movies. The attention given to the sequel by Toho didn’t translate into a large budget, though, and the monsters appearing in the movie were chosen based on what costumes were readily available in storage. That said, a new Godzilla suit was made for the occasion…and this one might have looked better than any that had come before. 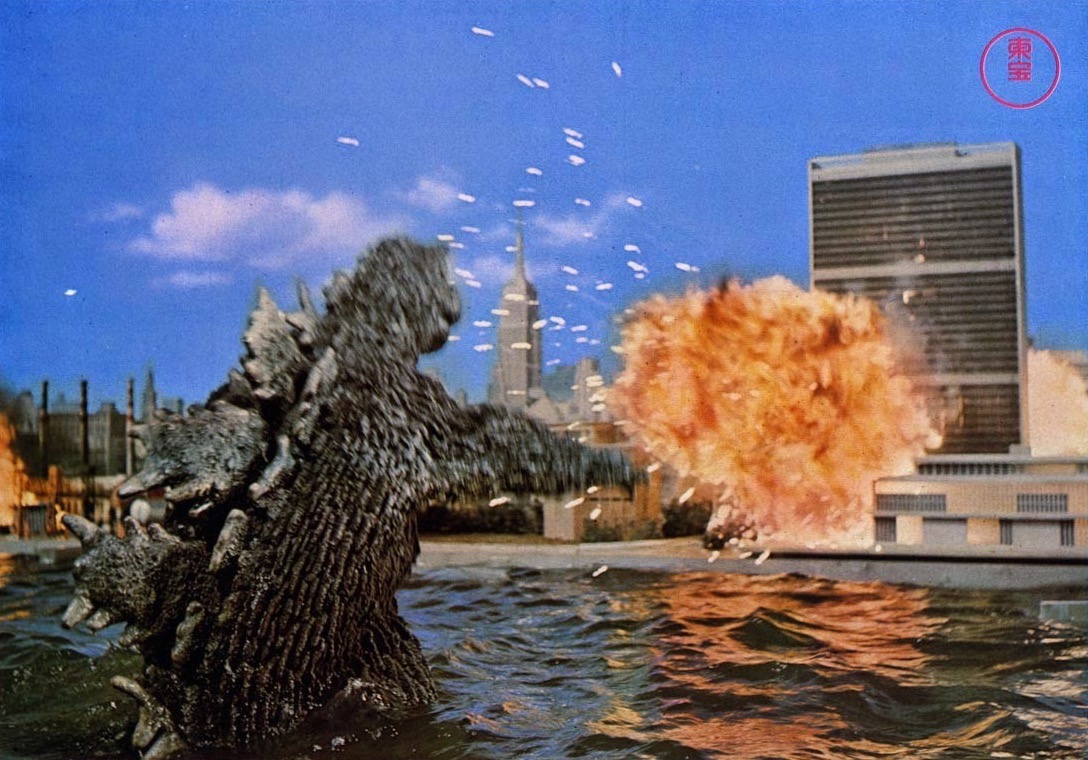 “Destroy All Monsters” is a misleading title, at least without a comma. “Destroy All, Monsters,” might have been better, because the story begins in earnest when Monsterland—the island where all the world’s monsters have successfully been relocated and securely kept—is raided by aliens known as the Kilaaks. Their goal is to take control of the monsters using radio waves and use the creatures to take over Earth. And they’re successful, in the beginning, sending monsters to Paris, Beijing, Moscow, New York, and other metropolises. A Japanese astronaut crew, who has just returned to Earth from the Moon, is sent back up to seek the aliens’ base. Destroying the base, and the signal being used to control the world’s monsters, seems to be the last hope the citizens of Earth have of survival. 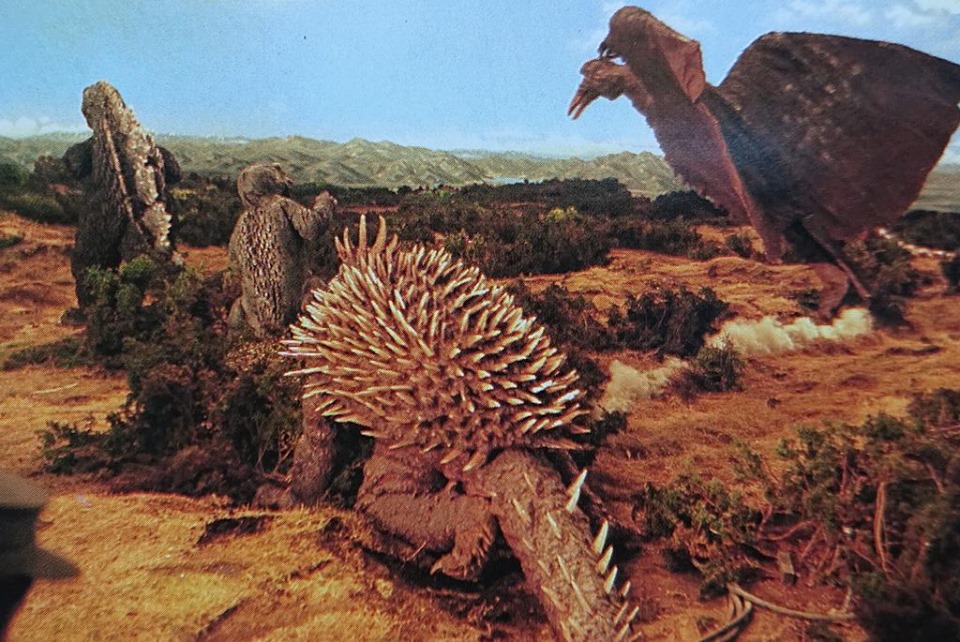 The story of “Destroy All Monsters” is perhaps more complicated than any of the “Godzilla” movies had been to this point. A mysterious alien race unable to be physically harmed (they always appear in holograph form) presents one set of challenges, while the dizzying back-and-forth between Japan and the Moon is also stressful. Then there’s the fact that the story is set 30 years in the future—in 1999—and that there are more kaiju introduced in this movie than had been seen in the last several movies combined. All in all, “Destroy All Monsters” is an average “Godzilla” movie, at least through the first nine films. A couple have been much better, a few have been worse. Perhaps the most impressive part of this entry, for me, was the model Tokyo that was built for Godzilla and his monster buddies to destroy. This model city was perhaps the most intricate and expansive to date. The utter largeness of it meant the camera could sit back at a more comfortable distance and let Haruo Nakajima (back again in the Godzilla suit) do his thing. Honestly, I bet it was incredibly fun to be Nakajima during that day of filming. If you’ll permit me to use a malaphor, I would say the experience might best be described as a kid in a china shop.