Once you see Godzilla as a struggling single father, he loses whatever last bit of street cred he had left. In “Son of Godzilla,” the second “Godzilla” film from director Jun Fukuda (after “Ebirah, Horror of the Deep”), Godzilla becomes a papa and leaves behind his days of destroying cities in favor of teaching his son how to breathe radioactive flames. As for the human characters, they consist of a crew of scientists, a pesky reporter who snuck onto an island for a big scoop, and a lone native woman who has survived on the island without the scientists realizing. As they try to conduct their experiment, Godzilla, his son, and the gigantic insects that inhabit the exotic locale will continue to get in their way. Eventually, the frequent brawls will get too dangerous, and after their labs are destroyed the humans will need to find a way off the island.

Like “Ebirah, Horror of the Deep,” this “Godzilla” sequel was stuck with a smaller budget and a second-string crew (including director Fukuda). This time, the low budget was more noticeable. More often than ever before, I noticed very clearly the cracks separating the large panels used to create the backdrops for the “outdoor” scenes, and once, the camera panned too high and exposed the ceiling of the soundstage they were filming on. With a little more money and a little more experience behind the camera, this might not have been a problem. But instead of waiting a year for the money to free up and for director Ishirô Honda to be free (this time, he was busy directing “King Kong Escapes,” which was given a much larger budget), Toho decided that their schedule of yearly “Godzilla” movies was not to be interrupted. And therefore, this—what I would call the worst “Godzilla” movie the studio had made to this point—was the result.

Despite the small budget, I did notice how impressive the models and miniatures have gotten since the original 1954 film. The buildings and landscapes built to stand in for on-location sets (small not only for economic purposes, but also so Godzilla can seem large by comparison) have gotten more complex and highly functioning, and the ones with moving parts are real feats of engineering. But my compliments, sadly, begin and end there. 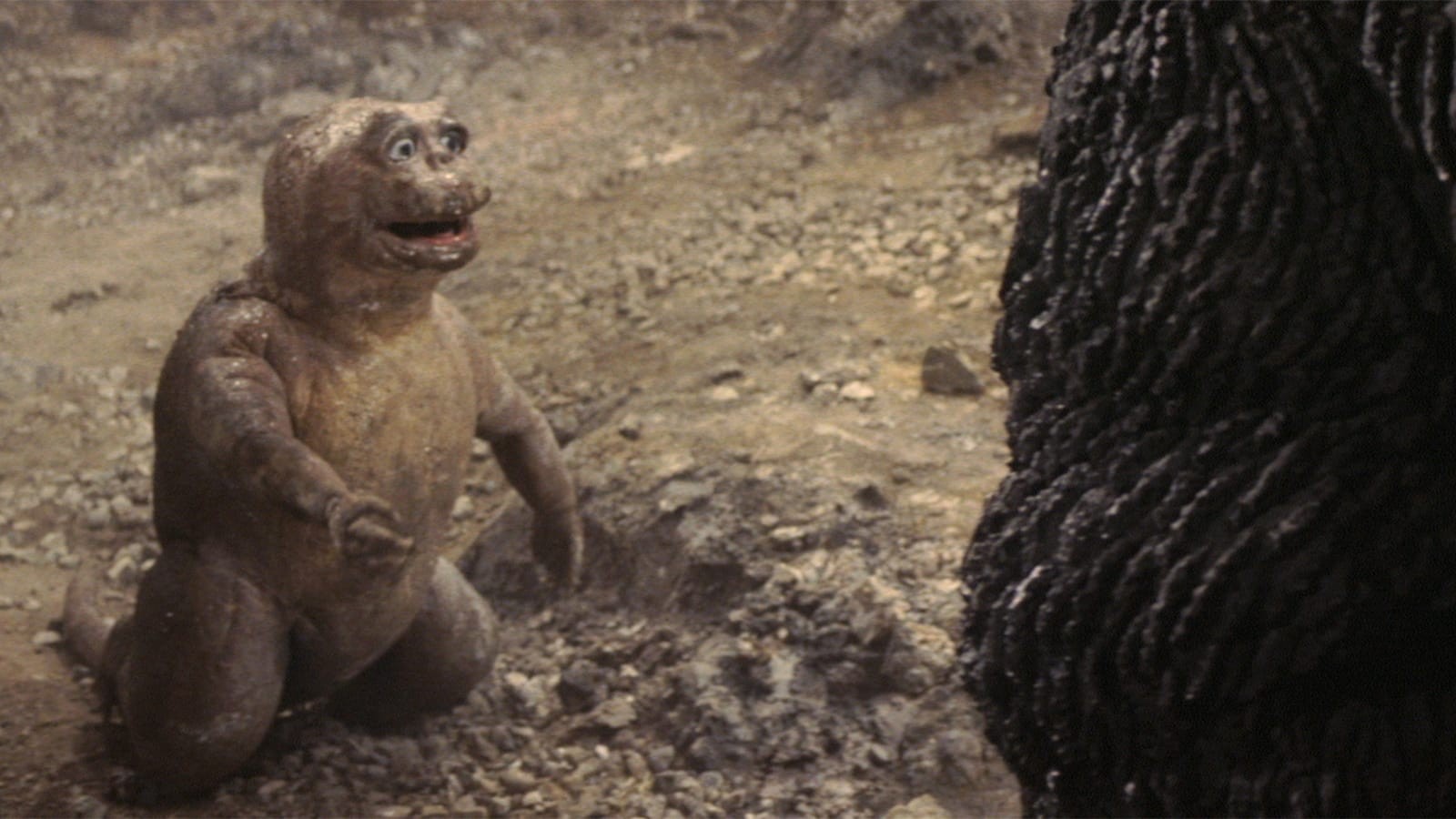 Baby Godzilla was designed with young ladies in mind. Toho wanted to make “Son of Godzilla” a date movie, so they thought having a little Godzilla would be cute. Boy, how wrong were they? Instead, Junior is by far the ugliest thing in any of the movies. No offense to “Marchan the Dwarf,” who strapped on the suit and rolled around for the role. His musical theme sounded like a Chaplin comedy, but it made sense considering how his many misfortunes (falling down, having rocks thrown at his head) were treated as slapstick gags. The “son of” sequel had already been used for Frankenstein, Dracula, and Dr. Jekyll (similar to the “bride of” sequel, which might have been even more popular)—it was inevitable that when screenwriters felt the burnout, they would end up giving Godzilla a kid, too. Their attempt to keep things new might have built them an audience with kids and young couples on a date, but it hurt my opinion of the franchise irrevocably.