It all begins when two boys recently eliminated from a dance marathon (Hideo Sunazuka and Chotaro Togin), one professional thief on the lam (Akira Takarada, back for more), and the brother (Toru Watanabe) of a lost sailor wind up stealing a yacht in order to search for the missing seaman. When they end up on a not-so-deserted island—inhabited by evil men building nuclear weapons, and guarded by the monstrous sea creature Ebirah—only their quick thinking and the help of an escaped slave girl (Kumi Mizuno, also back in a new role) will help them survive the monsters (both literal and human). 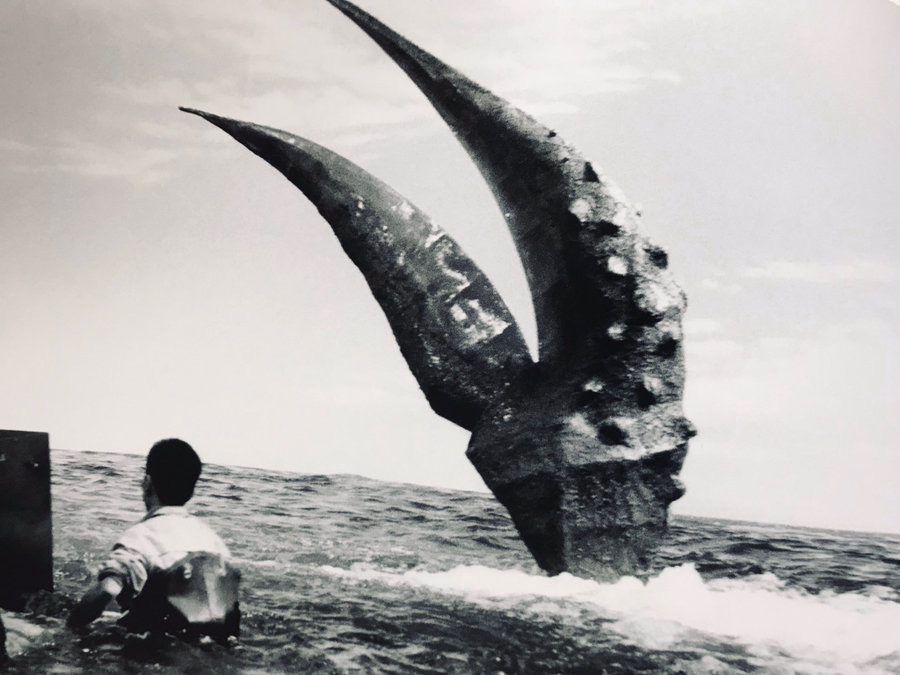 Ebirah has a nice character design, and the way this new monster was portrayed was more realistic than had been seen in recent films. And while the first fight between Ebirah and Godzilla was a bit wimpy, like other fights in the last couple films, their second bout was much more exciting and fun. But I can’t help but think Godzilla has been relegated to a background role ever since “Mothra vs. Godzilla.” While he continues to appear and wreak havoc, the stories that are told would work just as well without him. Had this movie been a standalone Ebirah story, I might have even enjoyed it more. It felt like Godzilla’s presence had been shoehorned into the story, and I learned later that my thinking wasn’t too off-base. “Ebirah, Horror of the Deep” had originally been written as a King Kong movie, and only after that idea was rejected did filmmakers stick Godzilla in there instead. If Godzilla was a backup choice, he wasn’t the only one. Director Jun Fukuda took the reins for usual director Ishirô Honda, and the rest of the crew was full of backups. “Ebirah” also pulled the short straw when it came to budgets since Toho wanted to prioritize Honda’s “War of the Gargantuas.” 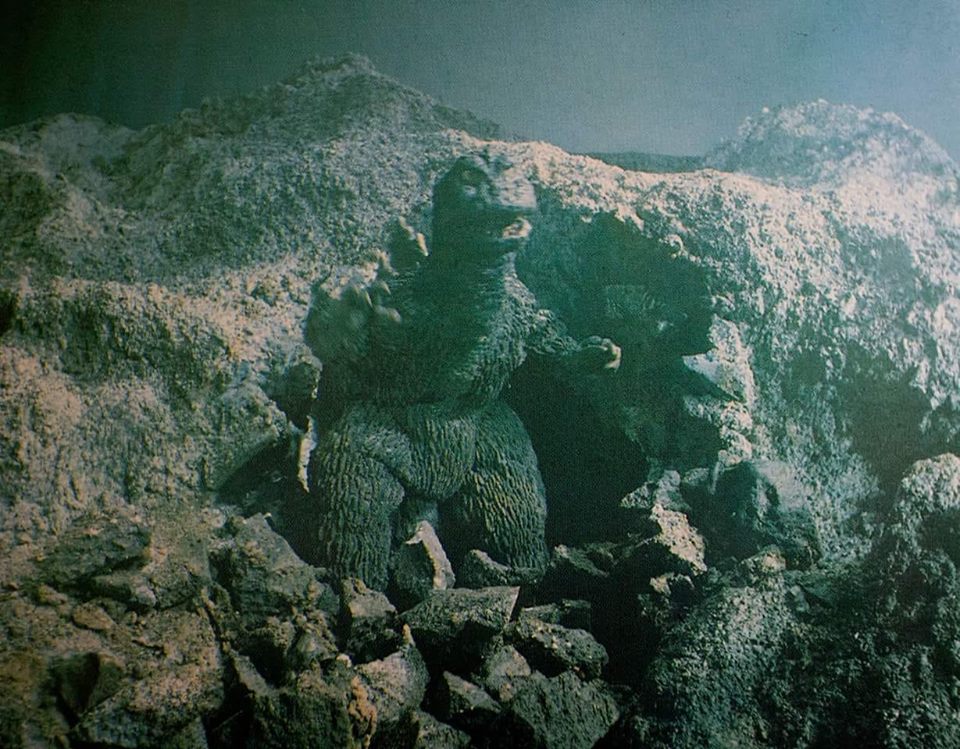 “Ebirah, Horror of the Deep” actually could have done away with all its monsters and stayed interesting. As an escape film, it’s actually pretty tense. Again, the franchise decides to play in whatever genre sandbox it feels like. Last time, it felt like dabbling in science-fiction, but now it wants to be an adventure. And it works. After the military men running the nuclear plant figure out that there are intruders on the island, a manhunt ensues that’s more exciting than Godzilla has been lately. I mean, honestly…Godzilla falls asleep randomly in the middle of a rampage. Why does he do that? His character is so strange sometimes, and it’s hard to see the method behind that madness. The intent just doesn’t seem to be there when it comes to the franchise’s star. At least, not since the first couple of movies. 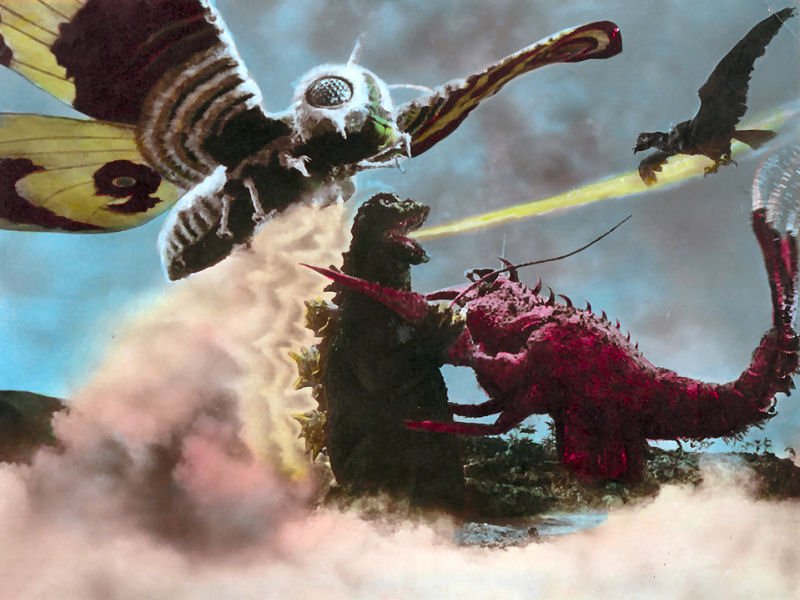 Speaking of Godzilla criticisms, why couldn’t the sound technicians have given him more than one roar? Don’t fix what isn’t broken, I understand. But when Godzilla wants to make a small sound, the sound guys just use the first half-second of his full roar. It sounds like a glitchy record to hear the roar start and restart over and over when Godzilla is in the middle of a fight. Instead, couldn’t they have played with a different sound? Something with a different feeling? Also, who was responsible for the surf guitar soundtrack in “Ebirah, Horror of the Deep”? Even during a scene when Godzilla is being dive-bombed by approaching planes, we hear something that sounds like The Beach Boys instead of something with a serious tone. It really didn’t fit the mood.

And yet, considering how disconnected the films in this franchise have become, I always have hope that the next one can make something good out of all this potential. Without the need to continue any characters’ stories, the filmmakers have a pretty crazy amount of creative possibilities. Here’s to hoping that at least one of the last ten films from the Showa era can be more worthwhile.