Just six months passed before the production studio Toho—which had been responsible for the first “Godzilla” film—released its first sequel, “Godzilla Raids Again” (directed by Motoyoshi Oda, since Ishirô Honda was busy directing another movie). Let’s examine the title. “Raids” is a good word, as it should evoke two thoughts: first, the threat of war, which was still fresh in the minds of the Japanese; and second, planes (as in “air raids”), which are prominently featured in the film. The focus of the movie is on two pilots, one married and one an affable bachelor. But the word “Again” in the title is misleading, as it implies the same creature doing something twice. On the contrary, after the death of the first Godzilla, the monster we see in “Godzilla Raids Again” is actually a snaggle-toothed cousin, another Jurassic-era survivor who has been released on the new world. 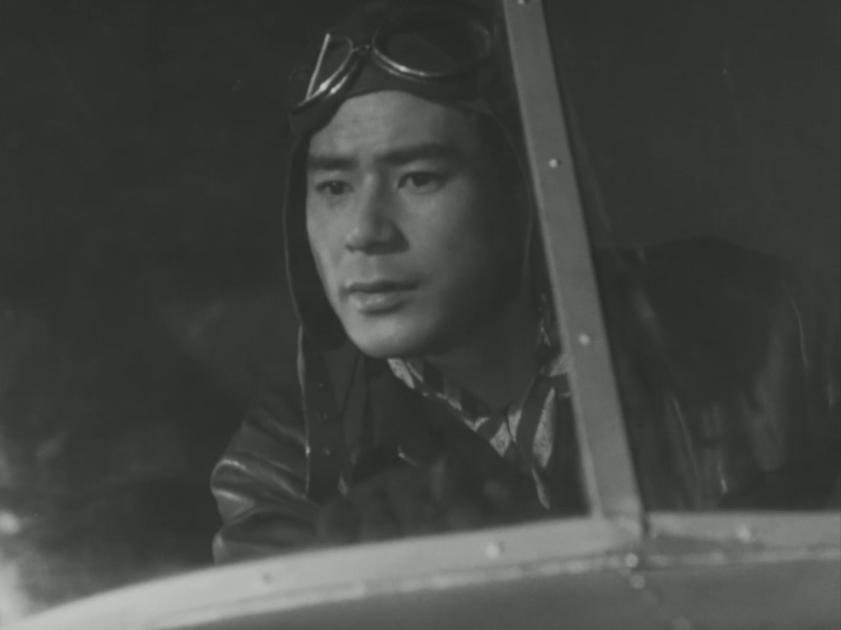 When two pilots—married man Shoichi (Hiroshi Koizumi) and bachelor Kobayashi (Minoru Chiaki)—out looking for schools of tuna fish accidentally witness the return of Godzilla, the monster is not alone. He’s in the midst of a battle with a dinosaur called Anguira, a four-legged giant beast with spiked armor on its back. The pilots escape and spread the word across Japan. After the last Godzilla appearance, when he destroyed Tokyo, the people have lived in fear. Even silence seems too ominous for them because they’re afraid of what horror will break it. A manhunt for the new Godzilla begins, and methods of keeping him away from land are devised—the military decides to use flares, which they know trigger Godzilla’s outbursts, to keep him out to sea. But when Anguira comes ashore, Godzilla follows, and all hell breaks loose once again. The pilots will figure prominently in a new plan of attack, but will it work? 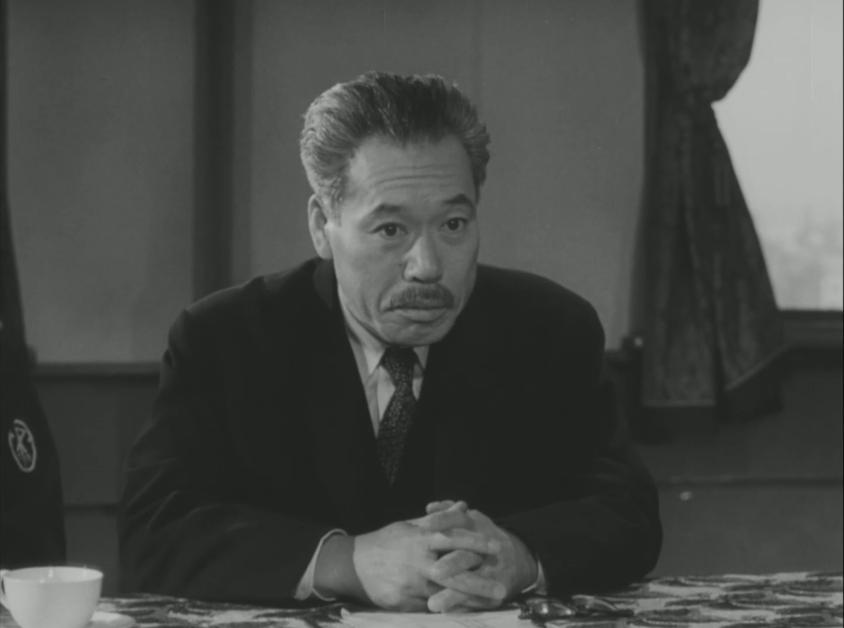 The first “Godzilla” film spared us a battle with another costumed creature, but I knew going into my movie marathon that these monster mashes were a staple of the sequels. Unfortunately, they’re also the thing that has held up the worst over the years. Using forced perspective and keeping costumed Godzilla actor Haruo Nakajima from having to move around too much allowed the first film to make the monster look convincingly realistic. Adding in another monster—and another costumed actor (this time, Katsumi Tezuka)—as Godzilla’s heel asked for audiences to suspend their disbelief too often. Maybe the blame falls on the producers, who rushed a sequel—with planning starting just three weeks after the release of the first movie—despite the original director, Honda, being busy. They wanted to capitalize on the first film’s success. Or maybe I’m discounting the fact that 70 years ago, this is simply how monster movies had to look. If you think about it, the most common “monster” movies in America to that point didn’t involve costumes. Frankenstein and Dracula, for instance, were just men in makeup or prosthetics, not entire monster suits. 1933’s “King Kong” used a toy model, and the scenes with Kong were filmed using stop-motion. No matter how new or revolutionary it was to be, though, these costumed fights were more distracting to watch than I had hoped.

The sequel is also much lighter on plot, perhaps another side effect of the movie’s rushed production. Most of the film is either the anticipation of another attack or the attacks themselves. “Godzilla Raids Again” is a money-making effort that succeeded moderately at the 1955 box office, but failed to live up to the monstrous standards set by its predecessor. The film’s flaws seem obviously to be due to the quick turnaround, and considering there was a six-year gap before the next “Godzilla” sequel, I think the filmmakers learned their lesson.