“Buffalo buffalo buffalo Buffalo buffalo” may sound completely nonsensical, but it’s actually a grammatically correct way to say that bison (buffalo) from the city of Buffalo bully (a synonym for buffalo) other bison from Buffalo. With “Buffaloed,” actor Brian Sacca (who starred in “The Wolf of Wall Street”—more on that in a bit) makes his feature-length screenwriting debut and uses all three definitions of “buffalo” to full effect.

A child of the hustle, Buffalo native Peggy Dahl (Zoey Deutch) took after her deceased dad and began at a young age to excel as a swindler. When she and her mother (Judy Greer) fall into the trap of extreme debt, she begins working for a collection agency to clear it. But she finds she’s better at it than anyone—including her tough-guy boss (Jai Courtney)—is willing to give her credit for. Nothing will make men feel threatened like a 20-year-old girl who out-performs them.

Looking back at her resume, I can’t pinpoint when I realized Zoey Deutch had real, undeniable talent—and the obvious ambition to make it work in her favor. But after “Buffaloed,” I hope more people begin to see it. Deutch has no trouble at all handling the full brunt of this starring role. Her character is a real firecracker, and the 25-year-old actress seems to relish the opportunity to go balls-to-the-wall. It’s almost certainly the best performance of her career. But she’s flanked by a few other great performances. You don’t have trouble remembering the film is set in upstate New York when you hear Judy Greer saying “jagoff” in a thick-as-tuna-casserole accent. But despite her serving, too often, as a stand-in for the entire city of Buffalo, she does well in her role. Truthfully, I was most surprised about Jai Courtney, who looks and plays the part of seedy debt collector “Wiz” very well. I’m not sure he’s played a part so effortlessly before. Rarely do you see a small-budget movie from a studio like Magnolia craft an ensemble as successfully as “Buffaloed” does. 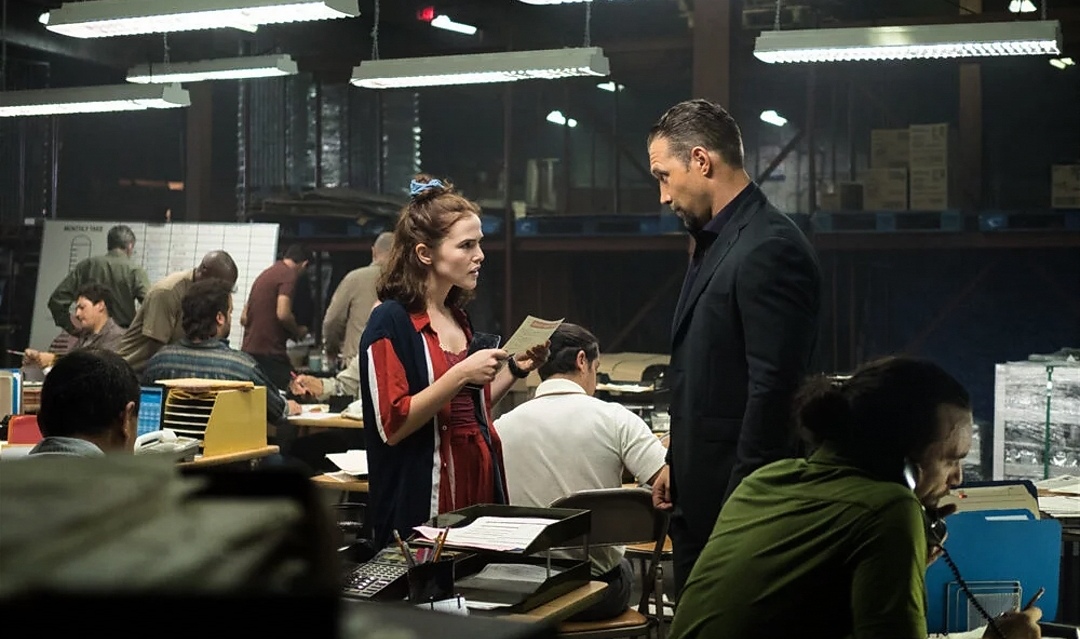 A lot of critics have discounted “Buffalo” as being little more than “She-Wolf of Wall Street” with a healthy bit of “The Big Short” sprinkled in, but I thought “Buffaloed” succeeded pretty well on its own terms. Peggy never makes it to Wall Street, and she has way more problems with local competitors than she does with the feds. Yes, if you compare every movie to better movies that are slightly similar, you’re going to be disappointed a lot. But what “Buffaloed” isn’t doesn’t lessen what it is.

Peggy never wanted to settle for “fine,” thinking it was just the cousin of “mediocre.” “Buffaloed” never quite excels, but it also never settles for just “fine.” There’s a lot here to love. In this weird new world we live in, “Buffaloed” managed to be one of the best movies I saw in theaters so far this year. Now, you get the chance to see it for yourself from your home. It’s worth it.