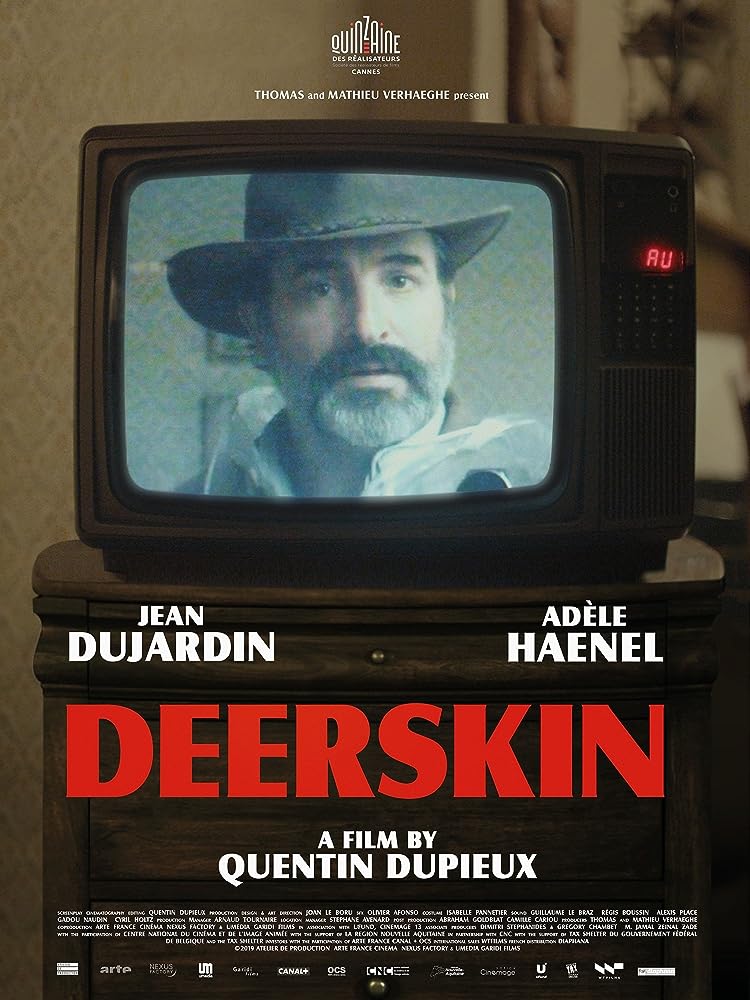 Ten years on, I recognized the name of “Deerskin” writer/director Quentin Dupieux because I had seen his unexplainably zany film “Rubber” in 2010. “Rubber” was by no means a good movie, but it certainly was memorable. After missing his last four movies, I had the opportunity to Dupieux’s latest movie, and jumped at the chance. It helped that the movie is only an hour and fifteen minutes long, sure, but also that it starred America’s former favorite French movie star, Jean Dujardin (“The Artist”), and everyone’s new favorite French movie star, Adèle Haenel (“Portrait of a Lady on Fire”). 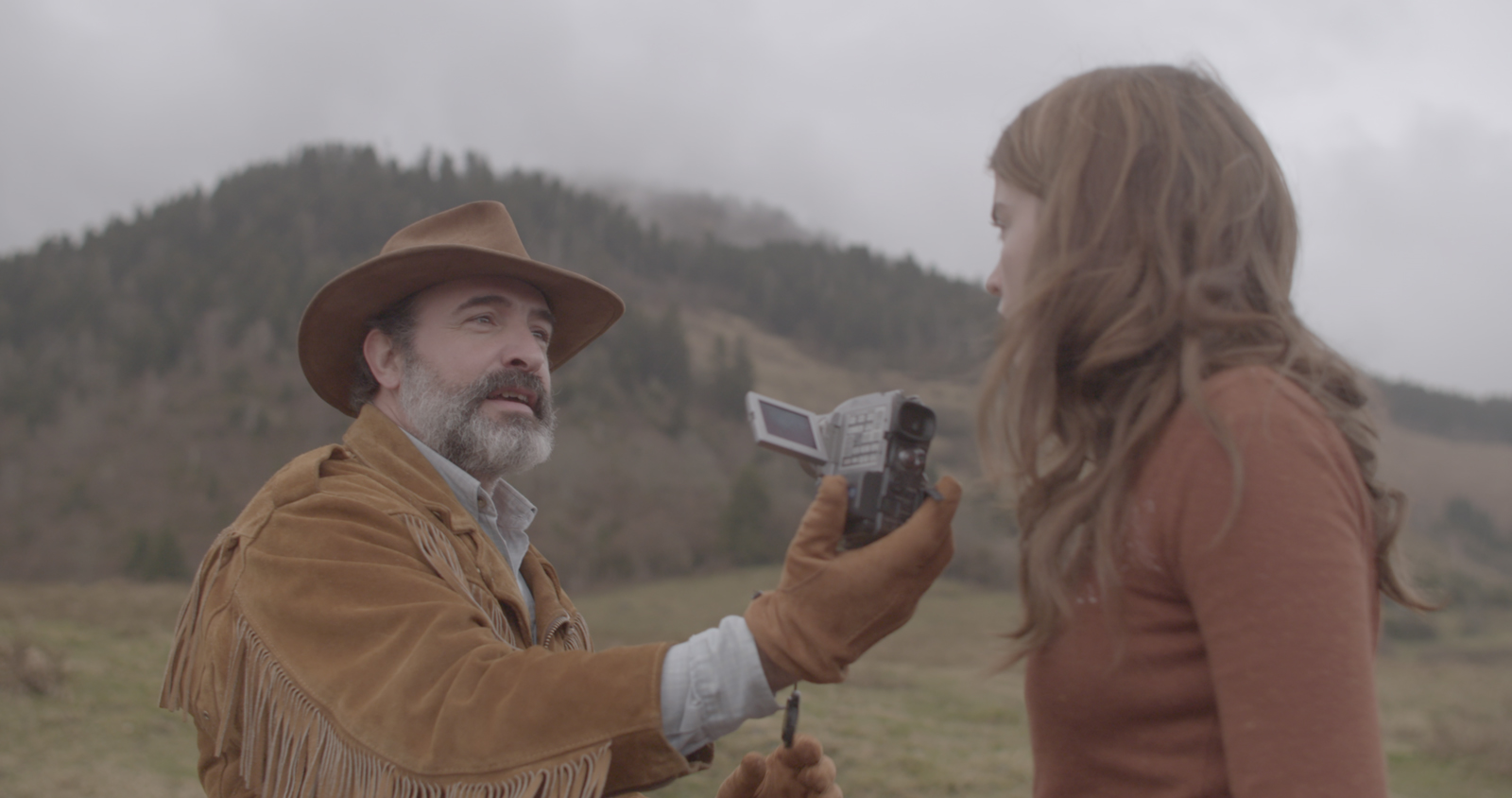 In “Deerskin,” Dujardin plays Georges, an embarrassingly pitiful loner whose mid-life crisis begins when he buys a fringed deerskin jacket from a man who had stopped wearing it when it went out of style. Feeling lucky to have found a buyer for the unflattering jacket, the seller includes an old digital camcorder to show his appreciation. With nowhere to call home, Georges checks into a nearby hotel and meets a bartender, Denise (Haenel). But this story is about a jacket, and the dangerous influence it holds over Georges. The deerskin jacket makes him feel good, but he decides he’d feel better if he was the only one in the world to have a jacket. Any jacket.

If you think this harebrained story couldn’t possibly work, you’re right. “Deerskin” might not match “Rubber” in its wackiness, but it comes pretty dang close. It doesn’t help that it takes a full thirty minutes before the plot falls into place. But even once it does, there are only so many directions the movie can take. And some of the directions elicit a chuckle, in fairness. But there’s nothing so compelling here to drag out to feature length. Not even Jean Dujardin—who, aside from his “Artist” fame (he’s an Oscar winner, remember) has starred in the funny French films “OSS 117” and its sequel—can save this film. Neither can Adèle Haenel, who last year swept cinemagoers off their feet in the stirring love story “Portrait of a Lady on Fire.” The conceit here is just too thin to salvage.