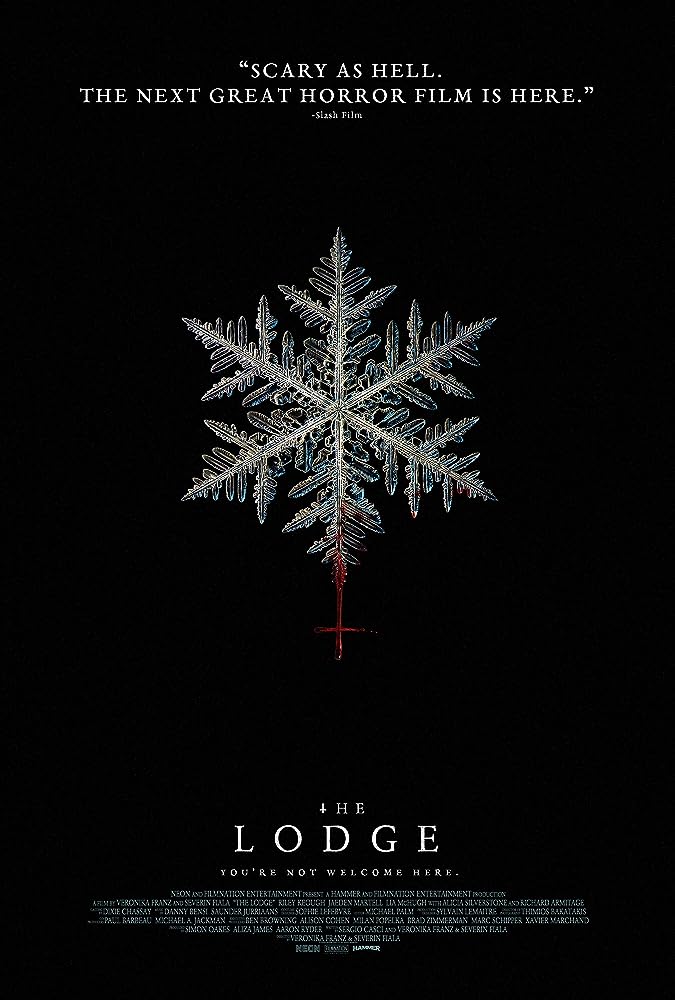 “The Lodge” is like Donald Trump in that there is a solid base of 33% of people who will love it no matter what it does wrong. Count me among them (for “The Lodge”—not the other one).

“The Lodge” is best if you don’t know too much going into it. Essentially, Aiden (Jaeden Martell) and Mia’s (Lia McHugh) father (Richard Armitage) has a new, young, beautiful girlfriend, Grace (Riley Keough). While their dad is on a work trip for a few days, the kids will stay with Grace in the family’s winter cabin set deep in the mountains. This is supposed to be their chance to bond, but when strange things begin to happen at night, the audience isn’t sure who or what might be to blame.

The young actress Lia McHugh is terrific, and “It” and “Knives Out” standout Jaeden Martell proves he’s not just a one or two-trick pony. He’s the real deal. But it’s Elvis Presley’s eldest granddaughter Riley Keough who really blows up this crazy film with her great performance as a deeply troubled young woman. Keough’s disturbing performance bored into my brain. 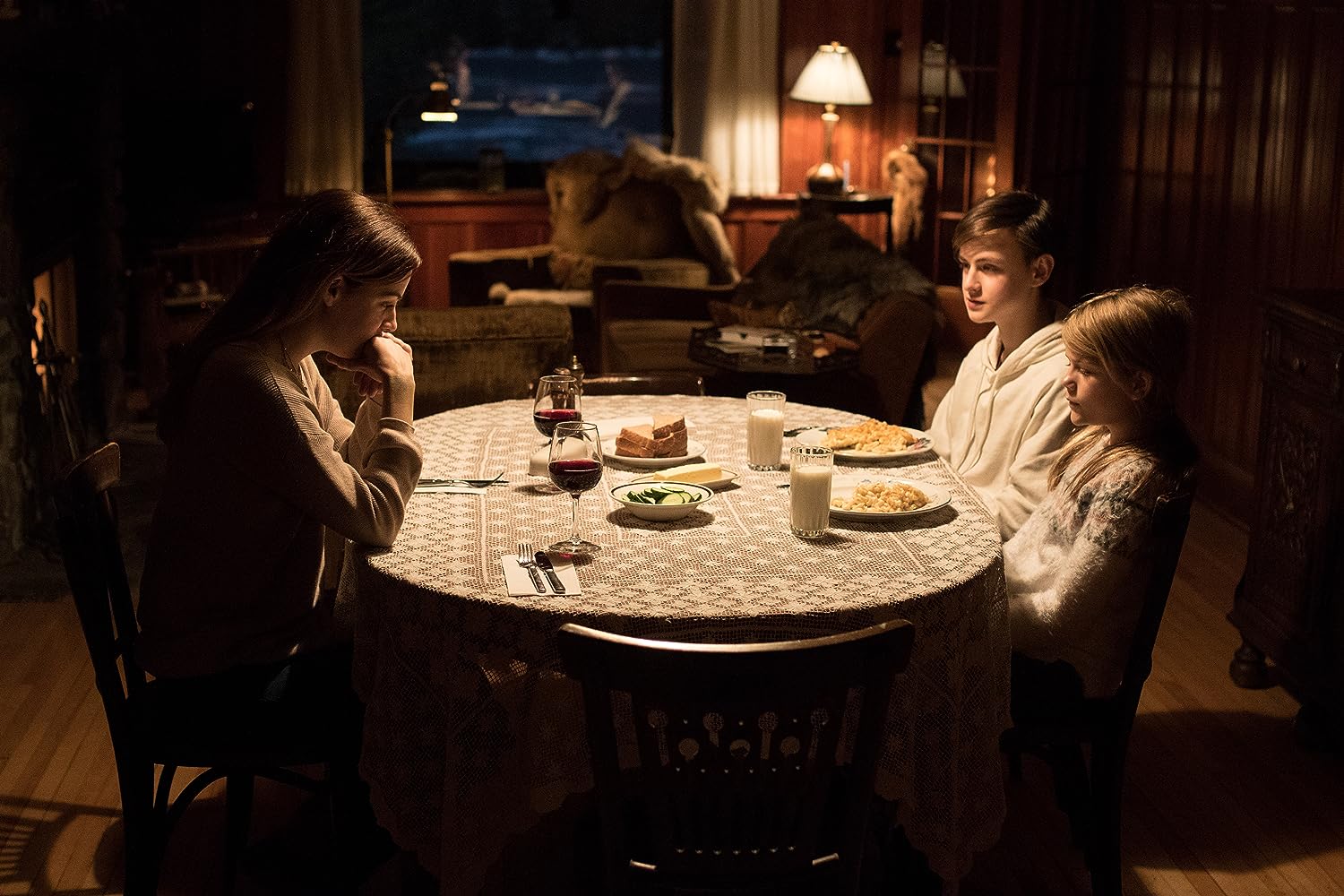 “The Lodge” is rich with religious symbolism both explicit and subtle, and besides providing a fun “I Spy” game, the instances drive home the themes of the film—hell, sin, repentance. It’s a feat in production design to pack that much into one relatively contained set. Comparisons to “Hereditary” are fair, but this is no copycat. And yet, neither critics nor audiences have given “The Lodge” particularly high marks. They point out grievances with the plot, comparisons to better movies in a similar genre, and complain more generally about whatever else they have problems with. But I set aside some of the less realistic plot points and greatly enjoyed the story in its entirety. The big double-reveal is exactly the type of thing I eat up, not despite it being so over-the-top but because of it. I’m not going to degrade a movie for trying to be mind-boggling if it successfully boggles my mind. “The Lodge” is a horror movie, but it’s also a twisted thriller about how religion has the power to mess people up at the deepest level. I loved it.